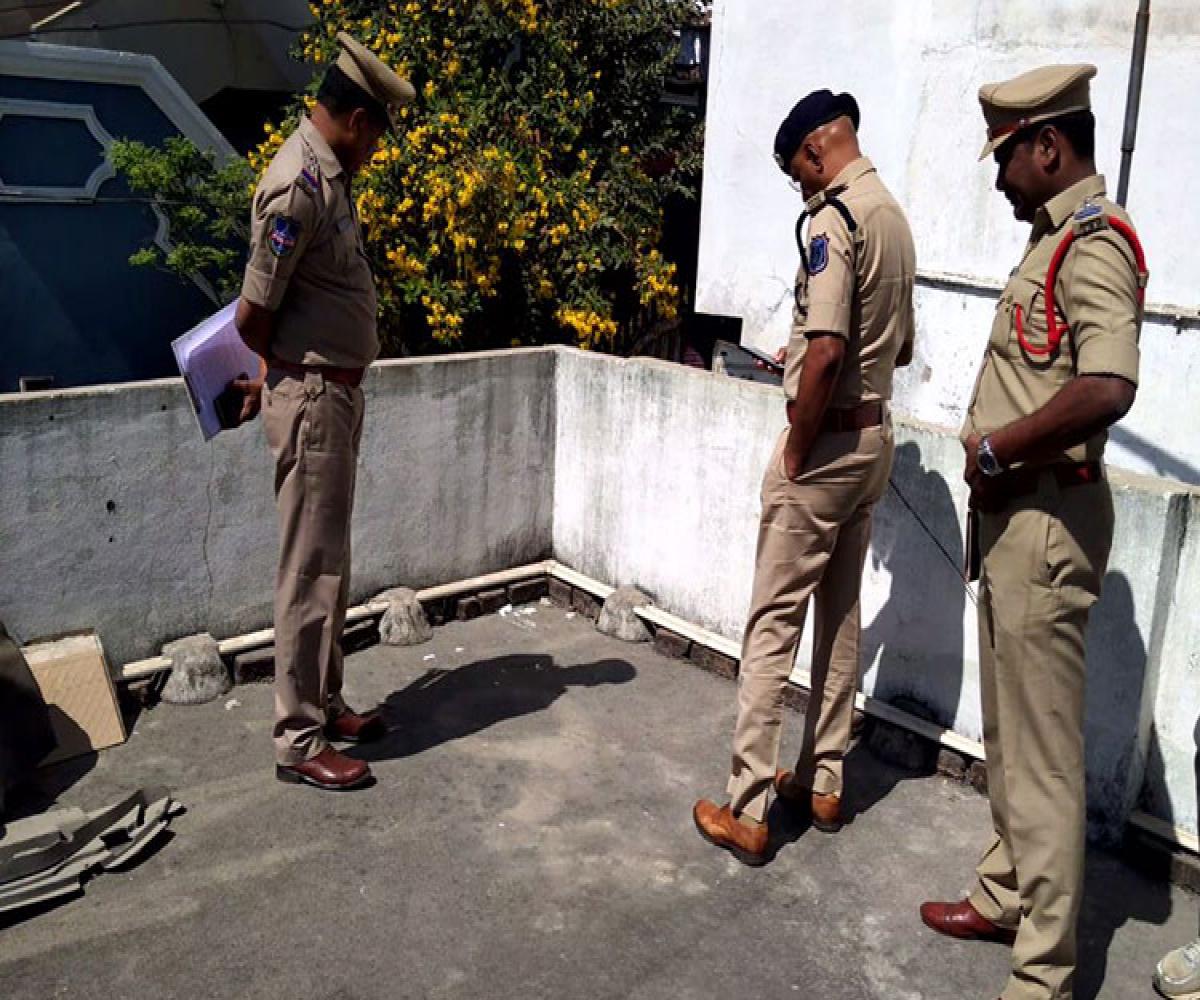 TNM has edited out the severed head from photo
The Hyderabad police are yet to make a major breakthrough in the case of a severed head of a baby found in Uppal’s Chilkanagar area, roughly ten days ago.
The head of the female baby was found on the roof of one Rajashekar, a cab driver.  Residents of the single-storied building said that they were in shock.
The head was spotted by Balalakshmi, Rajashekar’s mother-in-law, when she went to dry clothes at around 11 am on Thursday last week. As she shrieked for help, neighbours from adjacent buildings also came out and saw the severed head.  Two other tenant families also live in the house besides Rajashekar’s family.
After more than a week, the CLUES team inspected a few houses in the locality on Friday and collected some evidence.
“During the previous visits, the team found some material but nothing worked out. Even on Friday, we have seized some material and sent it to the forensic lab for examination,” an investigating officer was quoted as saying.
The Uppal police also reportedly found blood stains in his house.
The head did not show any signs that it was flung there, as there were no blood marks. This suggested that someone entered in the night, climbed up the stairs, and placed it there.
Another talk doing the rounds in the area, is that the baby’s head may have been cut off as part of a human sacrifice ritual, as the incident took place on the night of the lunar eclipse.
When the Uppal police called in a dog squad and the CLUES (investigation) team to collect forensic evidence at the crime scene, a sniffer dog circled the roof a few times, before leading the investigating team to the neighbour’s house.
The adjacent house, which doubled up as an ‘electrical works’ shop in front, had two residents, Narahari and his son Ranjith, who were detained.
While the police refuse to comment on the detention on record, locals say that Narahari was worried as his son had signs of mental illness, and may have indulged in a tantric ritual.
It was also reported widely in the local media that the house owner, who was also taken into custody by the police, may also have committed the crime as he wanted a child.
However, an investigation official told TNM that the reports were false, and no official announcement has been made on the arrests yet.