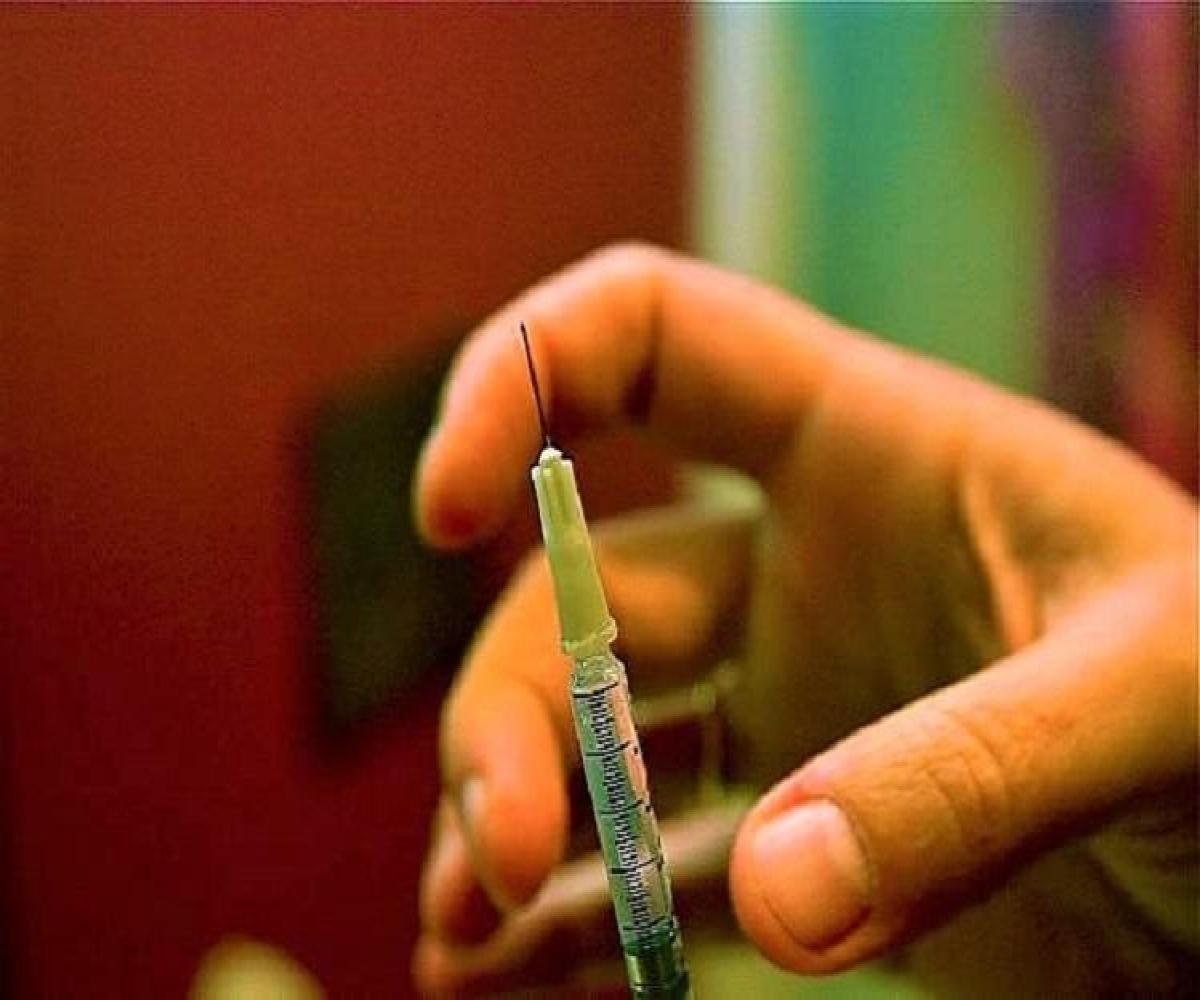 Image for representation only
In this week alone, four persons from Andhra Pradesh’s Dumbriguda mandal in Vishakhapatnam district were suspected to have contracted anthrax. According to sources, the serum from the patients have been collected and the samples have been sent to a laboratory for analysis.
But this wasn’t the first such case of anthrax to be reported.
In September last year, there were five cases of anthrax reported from the same place. These patients were quarantined and given the necessary treatment once the lab reports confirmed that they had contracted cutaneous anthrax.
According to the Centers for Disease Control and Prevention, Cutaneous Anthrax is the most common form of anthrax infection. When anthrax spores get into the skin, usually through a cut or scrape, a person can develop cutaneous anthrax. This can happen when a person handles infected animals or contaminated animal products like wool, hides, or hair. Without treatment, up to 20% of people with cutaneous anthrax may die. However, with proper treatment, almost all patients with cutaneous anthrax survive.
Once the cases were identified and confirmed, the Animal Husbandry Department in Vishakhapatnam carried out a vaccination drive, which covered animals within the 10 km radius of the affected villages.
Dr Linga Kalyan Prasad, Vishakhapatnam District Epidemiologist explains that if an animal, which is not vaccinated contracts anthrax, it is likely to die on the same day. The carcass, he says, needs to be disposed of properly with experts suggesting that they be buried six-feet under the soil.
“However, some of the animal owners do not dispose them properly. The Particularly Vulnerable Tribal Groups (PVTGs) in the nearby villages are asked to come and collect the carcass. They eat the meat instead of burying the carcass,” states Dr Linga.  The anthrax spores thus enter the human body.
Anthrax can also spread if a carcass decays near a water body or is cut open, with its spores contaminating and spreading through the water. The spores are viable for up to 70 years and are often found in soil. The animals which graze the soil, ingest the spores along with their feed. And the cycle continues.
“If any animal is sick or dead, the villagers should immediately inform the Animal Husbandry department. It is necessary to ascertain the reason of the death. And also to take immediate, necessary steps to prevent an outbreak. However, this does not seem to be the case. May be there should be monetary incentives to those who report a sick or dead animal. Also, these incentives can be extended to those who properly bury the carcass,” says Dr Linga.
Dr D Ramakrishna, Deputy Director, Animal Husbandry says vaccinations are supposed to protect the animals from the disease. However, the frequency of the dosage is a prolonged one and it needs to be repeated every 9 months and done over a period of five years, he explains. “The serum titre levels in vaccinated animals are to be periodically evaluated. Also new animals, as and when they are introduced in the village, should be subjected to the vaccination,” he says.
Dr Ramakrishna emphasises, “Currently to contain the outbreak, the villagers must be strictly told to stop eating any meat.” He also explains that animals which die due to anthrax can easily be spotted as they will have blood oozing out of all orifices in the body. He says, “That is a sign ample enough for farmers to understand that the animal died due to anthrax and the carcass needs a thorough disposal. Burning or deep burial needs to be done.”
When TNM questioned the efficacy of the vaccines to Dr Ramakrishna, he replied that only an authoritative assessment could confirm the same.
Dr Vasundhara, District Medical and Health Officer & District TB control Officer, says, “Repeated education of villagers are needed on this issue, so that they understand the gravity of the situation. They cannot change overnight with just a single information session. They have their socio-cultural practices which they won’t let go of easily. And importantly the awareness and education programs need a multi departmental intervention. It is not just the work of one department alone. All the departments must work on this together.”
She also exhorts the necessity of having dedicated research on this matter. According to her, this is needed for a long-term solution. The findings of such research need to be put into action and this can considerably reduce the recurrence of the outbreaks.
Also read: Anthrax in Andhra: A simple explainer on the disease, symptoms and its treatment
Show More
Share
Facebook Twitter LinkedIn Pinterest Reddit WhatsApp Telegram Share via Email Print