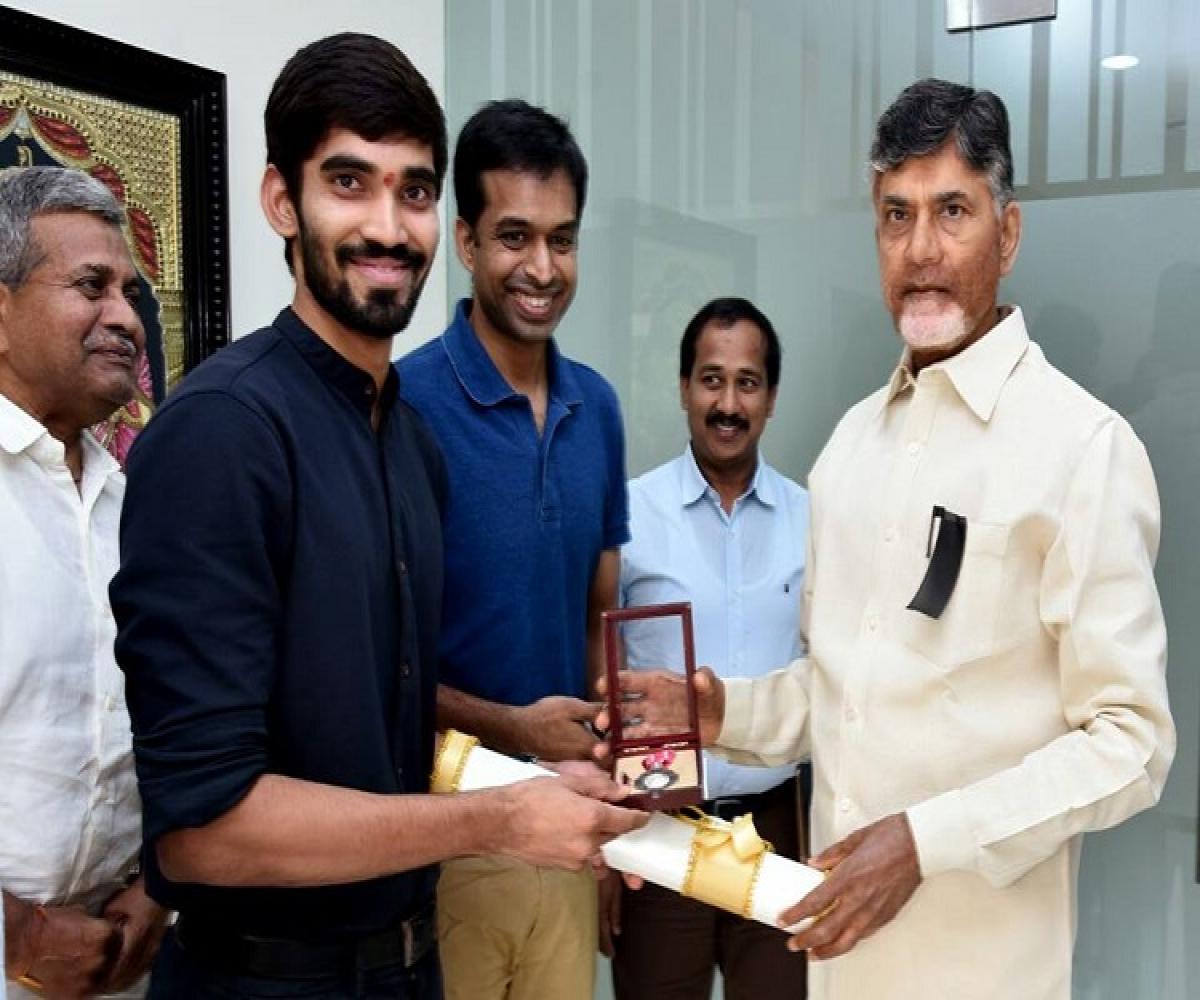 Image: Facebook/Nara Chandrababu Naidu
Indian shuttler Kidambi Srikanth met with Andhra Pradesh Chief Minister N Chandrababu Naidu on Thursday and was appointed as a Deputy Collector in the state government.
The appointment letter was handed over to him by Naidu in the state’s upcoming capital of Amaravati, in the presence of badminton coach Pullela Gopichand.
According to a press release, Naidu also congratulated Srikanth for recently being awarded the Padma Shri award, India’s fourth highest civilian honour.
Naidu had promised a job to Srikanth in June last year, when the ace shuttler won the Indonesian Championship. In November, the state Cabinet passed a resolution to appoint Srikanth.
Besides this, the Cabinet also announced a reward of Rs 2 crore for the shuttler, who originally hails from Guntur district in the state.
Kidambi Srikanth became the first Indian to win four Superseries titles in a calendar year after winning the French Open earlier in 2017.
The 24-year-old Srikanth beat Japan’s Kenta Nishimoto in straight games to win the men’s singles title at the French Open Superseries to also become the first Indian to win the French Open.
In August last year, ace shuttler PV Sindhu had assumed charge at the office of Chief Commissioner of Land Administration (CCLA).
Chief Minister Chandrababu Naidu had handed over the appointment letter to her on July 29, after which she was appointed as Group-I officer by the state government.
In May, the state legislature had passed a Bill amending the State Public Services Act to appoint Sindhu as a Group-I officer in the government.
As any recruitment in public services has to be only through the State Public Service Commission, selection committee or employment exchange, the government had to amend the Andhra Pradesh (Regulation of Appointments to Public Services and Rationalisation of Staff Pattern and Pay Structure) Act, 1994.