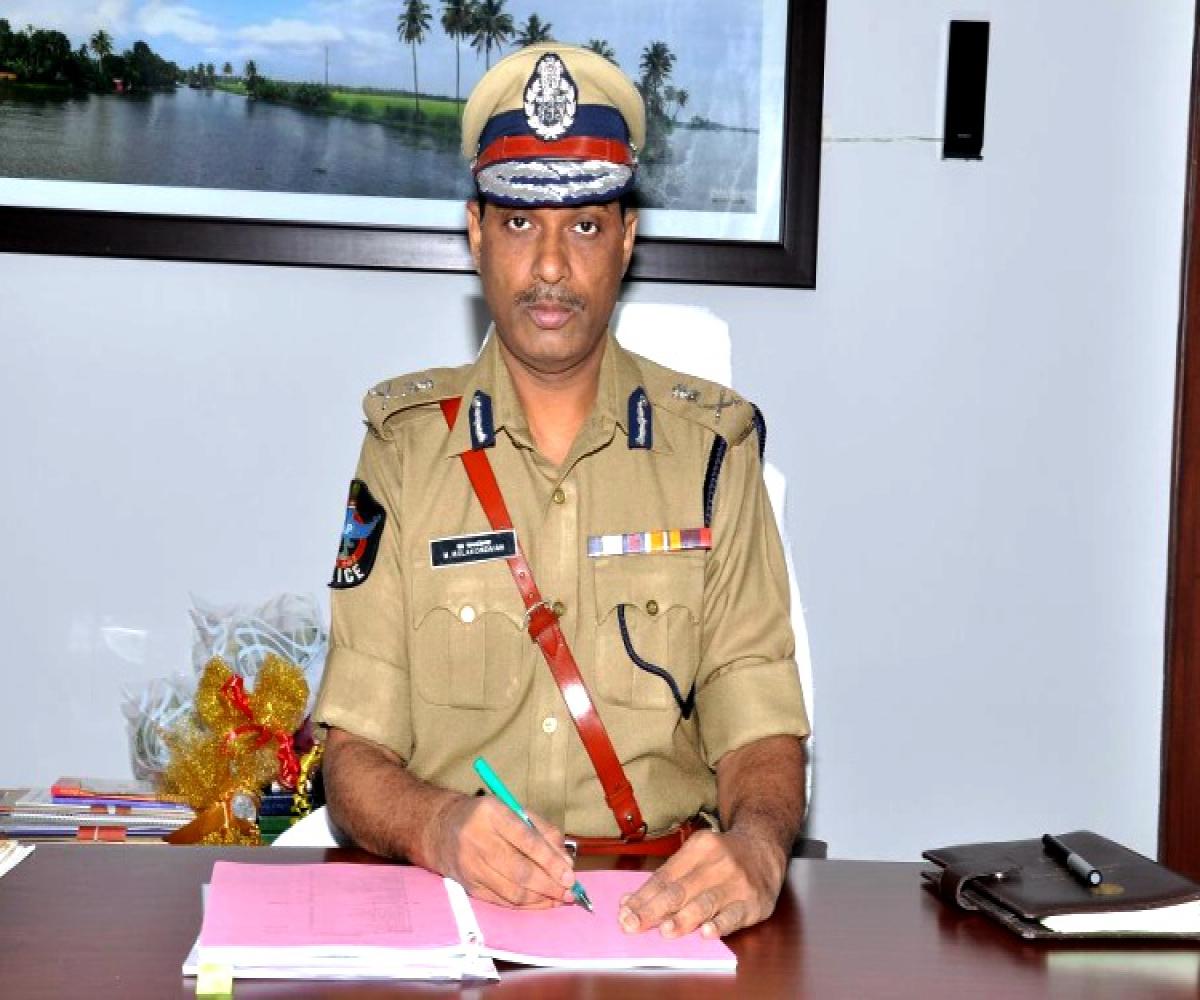 By arrangement
Putting end to speculation, the Andhra Pradesh government finally appointed a new Director General of Police, Head of Police Force (DGP, HoPF) on Saturday.
Dr M Malakondaiah, an IPS officer of 1985 batch was appointed DGP by Chief Secretary Dinesh Kumar who issued the order.
Malakondaiah will be succeeding the former DGP Nanduri Sambashiva Rao, who retired from service on Sunday.
The new DGP thanked Chief Minister Chandrababu Naidu for the opportunity after he took office. He also addressed the media and delivered a vote of thanks to the former DGP.
Calling Nanduri a committed officer, Malakondaiah said, “I will seek his advice and instruction when required.” Pointing out that the state was on a path of development after bifurcation, the new DGP said that the state police would also take part in making the process.
Malakondaiah started his career as Additional Superintendent of Police (ASP) in Warangal district. He also worked as APSP Commandant, Superintendent of Police in Medak, Adilabad and Guntur districts as well as SP Vigilance.
Before being appointed as the DGP, Malakondaiah was serving as the Managing Director of Andhra Pradesh State Road Transport Corporation.
He has held other high profile positions such as Inspector General of Police Transport Organisation, served as director of Anti-Corruption Bureau, chairperson of State Police Recruitment Board, and director of Andhra Pradesh Police Academy.
Controversy over appointment of DGP
The appointment had become a matter of controversy in the last two months after the Union Ministry of Home Affairs sent back a panel of officers selected by the Andhra government. The state cabinet finally decided to amend the Andhra Pradesh Police Act so that it the state government could appoint the officer on its own, without the intervention of the Union Government.
The Andhra Pradesh Police (Reforms) (Amendment) Ordinance, 2017 was promulgated by the Governor promulgated on December 25.
However, some senior IPS officers opined that by doing so, the state government would be going against the Supreme Court’s 2006 judgment in the Prakash Singh case. The judgment said the DGP HoPF should have two years tenure to discharge his duties in a proper manner.
“The Home Ministry rejected the panel as the proposal is against the spirit of the verdict. Appointing an officer who has six months service is nothing but violating the judgment,” an IPS officer told a national daily.
When the Centre had moved the court too, earlier this month, saying that that the 2006 order was being misused by some states to appoint officers who were close to retirement, thus giving them a fixed term of two years, regardless of when their superannuation date actually was.
Show More
Share
Facebook Twitter LinkedIn Pinterest Reddit WhatsApp Telegram Share via Email Print

Another shocker from Telangana, stalker stabs woman to death for rejecting proposal

Made in India Sputnik V to be available in Sep-Oct: Dr Reddy’s