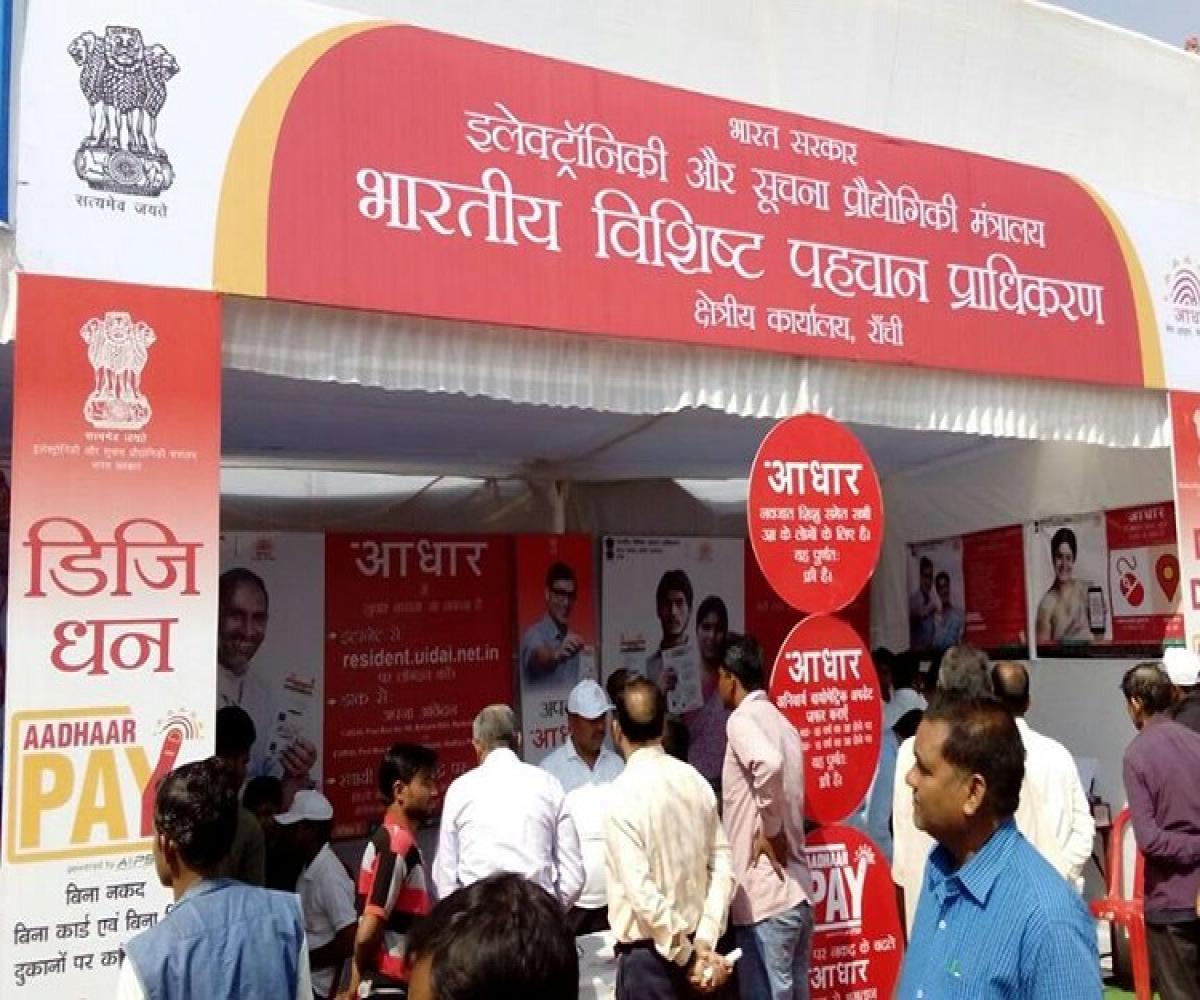 Aadhaar/Facebook
The government has collected the biometrics of 1.2 billion Indians under the Aadhaar scheme till date. And time and again, concerns about the privacy of citizens and how secure the database is have been raised.
In an attempt to quell doubts, Attorney General KK Venugopal recently said in the Supreme Court that the Aadhaar data was safe and secure, as the Central Identities Data Repository was protected by a wall which is 13 feet high and five feet thick.
The A-G was arguing before a five-judge constitution bench which was hearing petitions questioning the privacy of data collated for Aadhaar.
While social media users began to wonder what physical walls had to do with digital security, Takshashila Institution Director Nitin Pai pointed out that the physical security of data centres was important.

I know a lot of people are poking fun at the AG’s comments on the thickness of walls. 13ft thick walls are an exaggeration but physical security of data centres is important. (NB. I was involved in building data centres once upon a time) https://t.co/IIPkKMXKGk
— Nitin Pai (@acorn) March 22, 2018

Thick concrete walls, reinforced with materials like steel or Kevlar are necessary. The thickness depends on how big an explosive impact you want to protect the data centre from. You might be surprised how thick some of these walls can be.
— Nitin Pai (@acorn) March 22, 2018

In other words, wrong to assume that thickness of walls is a laughing matter.
— Nitin Pai (@acorn) March 22, 2018

In fact, after the Bhuj earthquake, the better telcos started designing walls that would collapse outwards in case they did. So data centre designing is pretty cool. We go OCD about things like power, carrier, fibre diversity.
— Nitin Pai (@acorn) March 22, 2018

However, the fact that the A-G chose to highlight this at a time when there are multiple reports of Aadhaar data being compromised online wasn’t lost on Twitterati.

You couldn’t make this stuff up- ‘Aadhaar data is secure behind walls that are 13 feet high and five feet thick, the govt top lawyer said’ https://t.co/wSJ0e8oHGz
— Gargi Rawat (@GargiRawat) March 21, 2018

And should #Aadhaar data ever leak through the 13 feet wall I’m sure Govt. has a team of masons available round the clock to plug the leak. Mind it you anti-nationals.
— Sumanth Raman (@sumanthraman) March 22, 2018

Modiji has also hanged Nimboo-Mirchi and a photo of Rahul Dravid on the 13 feet long wall to have an additional layer of protection for the safety of #Aadhaar data.

It is just as well that KK Venugopal didn’t say that Aadhaar data is safe because of Rahul Dravid, the great wall.
— Salil Tripathi (@saliltripathi) March 21, 2018

During Gulf War, Iraqi army used to steal Computer Monitors from Kuwait to get the data.

#AadhaarMemes #DataSecurity #VanduMurugan #Aadhaar is safe because Data centre has walls that are 13ft high and 5ft in thickness. pic.twitter.com/CMoKi1yMrl
— Srikanth  (@logic) March 21, 2018

On Thursday, the Unique Identification Authority of India (UIDAI) told the apex court that the biometric and demographic information of people who have enrolled for Aadhaar was secure, while no one will lose benefits for its lack.
Noting that data matching software has been bought from the world’s three best companies and stored on UIDAI’s 6,000 servers, UIDAI CEO Ajay Bhushan Pandey said that these are not linked to internet to eliminate the possibility of any backdoor access to the data.
The UIDAI also state that the Aadhaar data is protected by a 2048-encryption key which will take a supercomputer over 13 billion years to crack.
It may be noted here that a few months ago, The Tribune had reported on the alleged breach of Aadhaar data security.  In an investigative piece published on January 3, 2018, Rachna reported that anonymous sellers over WhatsApp were allegedly providing unrestricted access to details for any of the more than 1 billion Aadhaar numbers created in India thus far.
Soon after the report was published, the deputy director of the Unique Identification Authority of India (UIDAI) reportedly filed an FIR against the publication and the reporter. The body came under heavy criticism for targeting the reporter who exposed a flaw in the system instead of addressing the issue.
With IANS inputs

Telangana man claims he owns one fourth of village, threatens 36 families to vacate