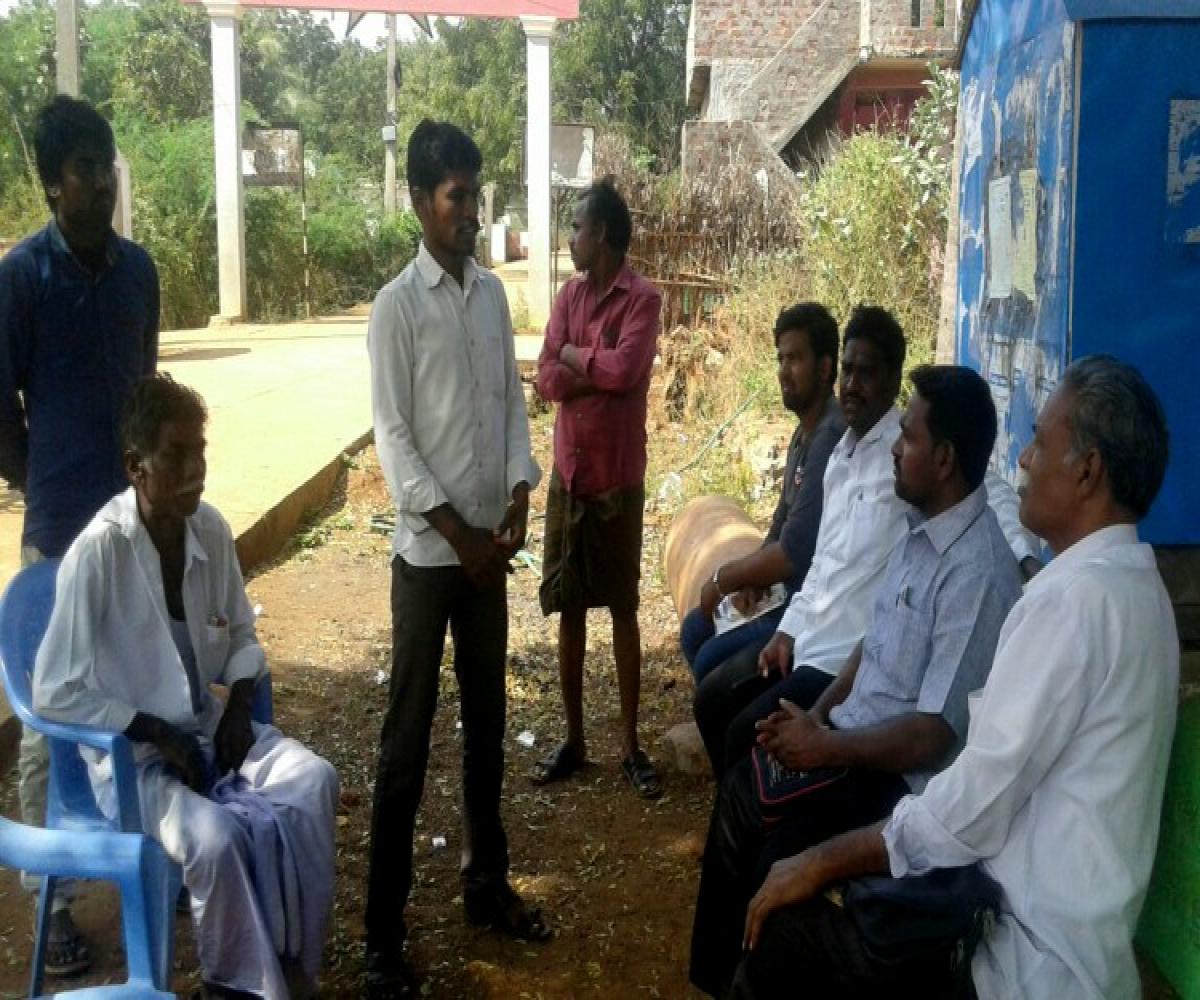 Casteism has reared its ugly head once again. This time in Andhra’s Prakasam district where Dalits belonging to the village of Kancharlagunta faced a social boycott on Thursday for not obeying a diktat issued by Kammas (upper castes) against using the thoroughfare.
Although the incident took place on Thursday it only came to light on Saturday.
Last September, Kammas allegedly ordered the Madiga community in the village to not use the thoroughfare as it would ‘pollute’ their deity erected in the middle of the road.
The Kammas had built a kaccha road as an alternative route and asked members of the Madiga community to use that instead of the thoroughfare for all occasions including marriage and death procession.
Without procuring any legal permission, the Kammas constructed a stage and erected a deity (Boddu Rayi) which would ward off the evil spirits from entering the village. It was then that the Kammas allegedly issued a diktat ordering Madigas not to use the thoroughfare.
However, many defied the arbitrary caste discrimination and continued using the thoroughfare. Angered by the resistance, the Kammas held a meeting on Thursday with the Madigas, making it clear that they shouldn’t use the thoroughfare and warned them of a social boycott if they continued defying their orders.
Fearing a boycott, the Dalits tried negotiating but instead they were allegedly told that they could use the road by walk, and not by any vehicle.
But Mahendra, a Dalit disregarded the diktat and was on his way to Kandukuru town on his bike, when the Kammas allegedly stopped him and forcefully took away his vehicle keys. The incident also triggered the social boycott against the rest of Madigas in the village.
“Our children could no longer go to school because of the diktat. The school is in the village,” lamented Jaladhanki Chinna Ramaiah to TNM.
Ramaiah observed that the Kammas couldn’t stomach the fact that the Dalits are attaining education and own vehicles.
“They are agitated by the fact that the Dalits aren’t subservient to them anymore. Hence, they issued this arbitrary diktat, asking Dalits to not go on vehicles. If we have to reach our Palle (Dalit colony) the best way is only the main road,” he said.
As a result of the social boycott, members of the upper caste community allegedly refused to give milk to Dalits, and denied them work in the fields.
Ramaiah said, “Fearing a fine of Rs 10,000 as penalty for talking and giving milk to us, the Yadavs have cut off the milk supply and others have refused to hire us.”
The police later intervened and counselled the villagers against imposing such boycotts.
Prakasam SP, Pramod Kumar said that the matter has been resolved and everything is peaceful now. “We counselled the villagers and they came to a consensus and removed all the restrictions levied. The issue is settled,” he said.
Pramod, however, observed that the boycott was imposed as the Dalits in the village violated an agreement not to take a dead body down the road where the deity had been erected.
“After erecting the deity all the villagers irrespective of their caste agreed not to use the main road for taking a dead body. But the Dalits violated the agreement and hence the issue,” Kumar said.