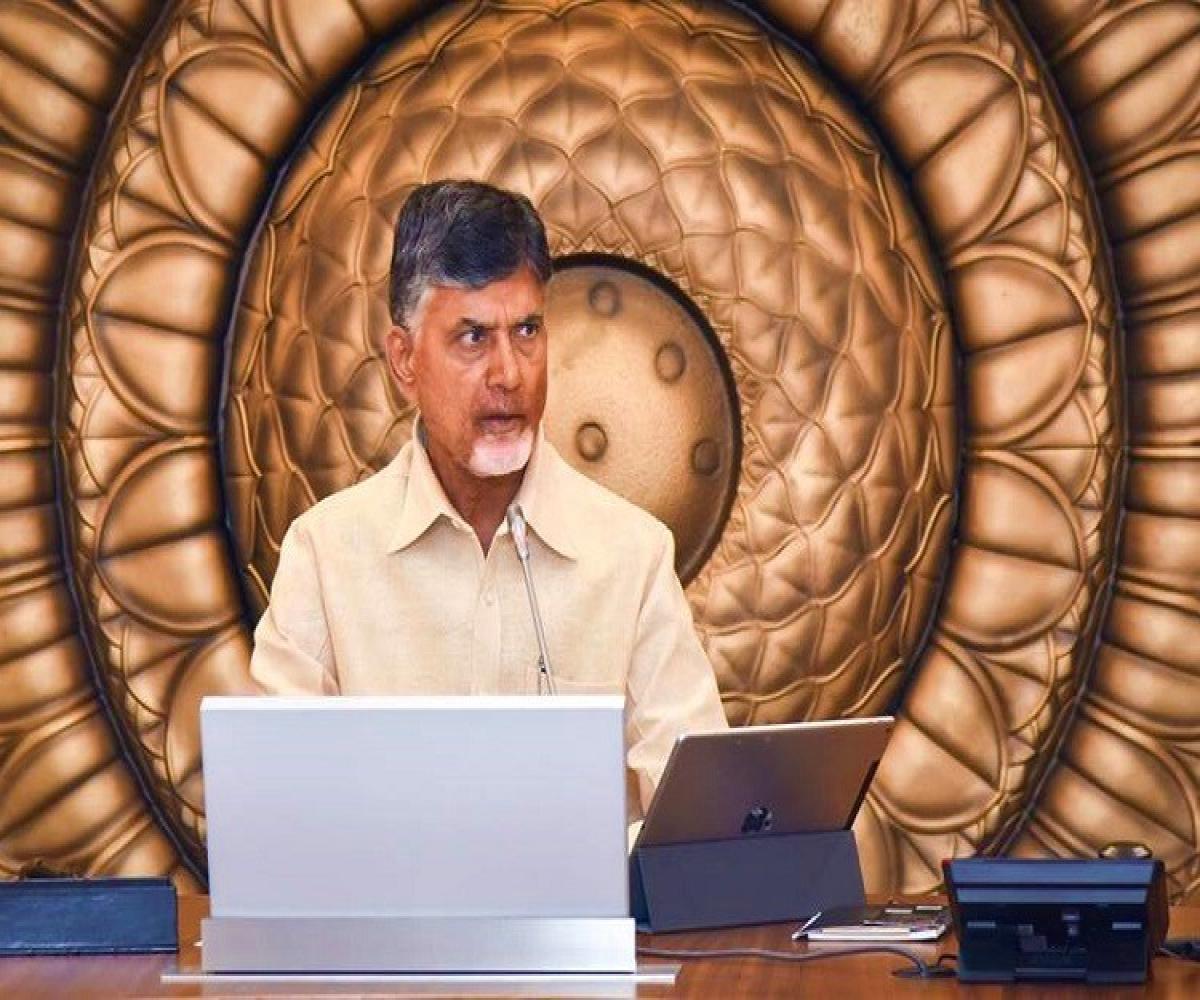 Andhra Pradesh Chief Minister and TDP chief N. Chandrababu Naidu on Wednesday accused the BJP-led NDA government of betraying the state’s people on a special status to the bifurcated state and sought opposition support to get the demand met.
“Five crore people of Andhra Pradesh feel that the BJP-led government is playing with our emotions,” Naidu told reporters in Delhi, days after the TDP pulled out of the National Democratic Alliance over the government’s failure to give a special category status to Andhra Pradesh.
He said he waited till the last Union Budget before withdrawing from the NDA and its government and breaking ties with the Bharatiya Janata Party, which was also part of a ruling coalition in the state.
Naidu said the government kept telling him that that it was not going to give special status because of the 14th Finance Commission.
“The Chairman and member of the Finance Commission denied it, saying their mandate was only to accord funds to the state and Centre. They (the government) are blaming me, saying we are prepared to give money, but you are not ready to take. They have given special status to 11 states in spite of the 14th Finance Commission. Then why not Andhra Pradesh?”
Naidu said he even told Prime Minister Narendra Modi that if he could sort out the issue “we will continue in the NDA” and it was only after that they decided to snap ties.
The Chief Minister said he had entered into an alliance with the BJP because the state needed “hand-holding by the Centre”.
“Had they given us special status within the first year, I would have saved Rs 3,000-Rs 5,000 crore. I want to place all this on record. I waited for four years. (But) they didn’t mention any word in their Budget about Andhra Pradesh. They did not even show concern.”
Naidu said he had visited Delhi 29 times in four years to meet the Prime Minister and his Ministers.
“And after 29 visits, nothing happened. They did a few minor things, but a major part of (Andhra Pradesh) bifurcation Act was not implemented.”
Naidu said the BJP tried to damage his reputation through “mudslinging”.
“They (BJP) want to damage my credibility. Is it right? I have built my credibility over 40 years. That is why I have come here to explain to you (media) what all is happening,” Naidu said.
During the press conference, Naidu made a power-point presentation on the promises made and their status, besides clippings of Modi allegedly assuring people of Andhra Pradesh a better capital than Delhi.
Naidu said the central government had not fulfilled the revenue deficit certified by the Comptroller and Auditor General as it had released only Rs 3,979 crore as against required Rs 16,078 crore.
The Andhra Chief Minister said the central government had also not released Rs 2,568 crore of the total Rs 7,780 crore for the Polavaram dam project.
He also demanded fulfillment of promises made by Modi to fund Andhra Pradesh’s new capital Amravati.
He also demanded Rs 24,350 crore be sanctioned as special development package for seven backward districts of his state.
Naidu also sought a new railway zone, with Vishakhapatnam as its headquarters.