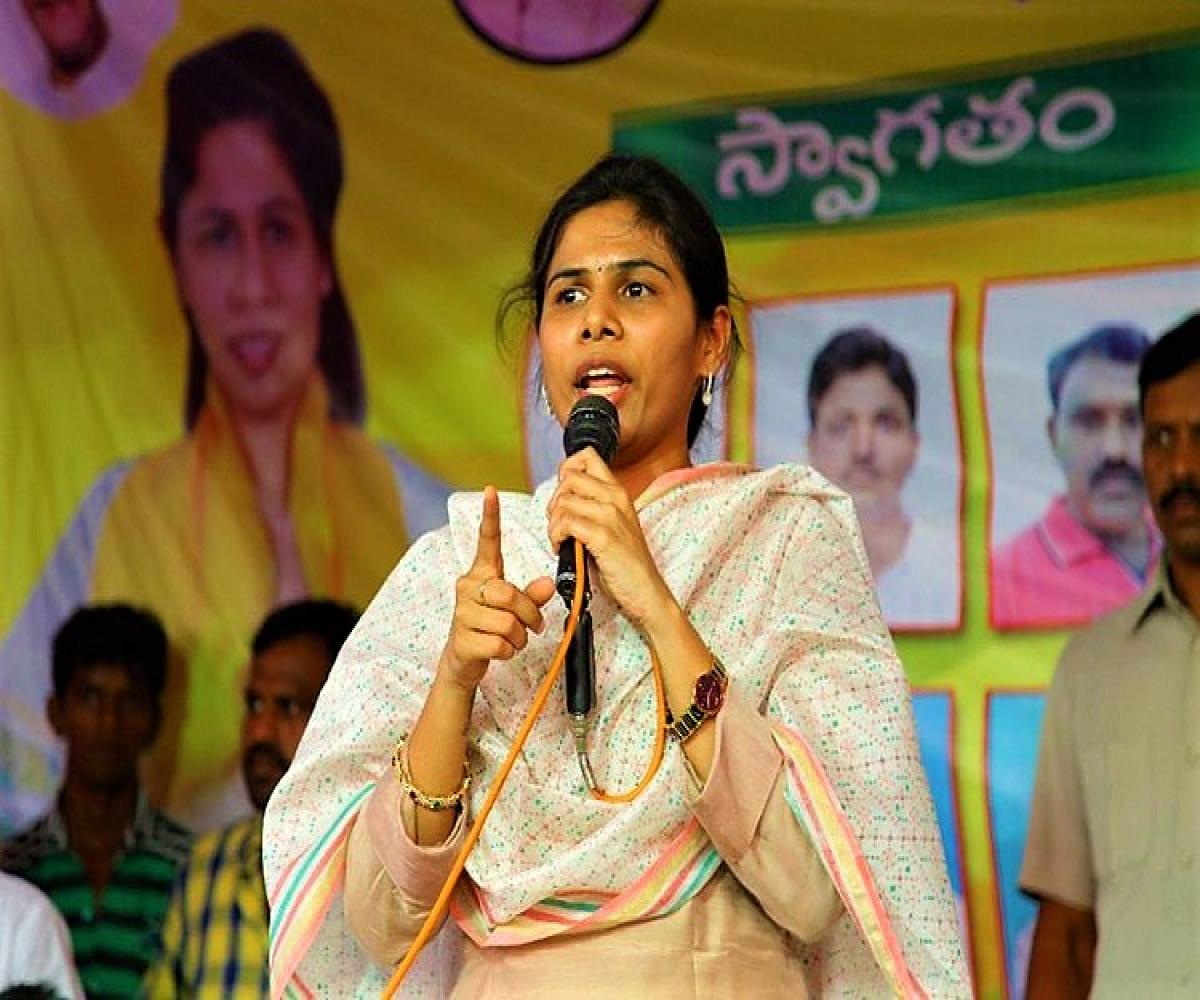 A political spat between Andhra Pradesh Tourism Minister Bhuma Akhila Priya and senior leader AV Subba Reddy became public in Kurnool city on Thursday, as the two leaders gathered to celebrate the ruling TDP’s foundation day.
The TDP was formed on March 29, 1982, by actor-turned-politician NT Rama Rao, and celebrations were held across the state on Thursday.
Despite being in Kurnool, the two party leaders in question held separate events in the same town, and publicly lashed out against each other.
AV Subba Reddy, who was a trusted aide of Akhila Priya’s late father Bhuma Nagi Reddy, hit back at the Minister’s recent remarks, where she allegedly labelled him a ‘wild fox’.
Subba Reddy was also angry as Akhila Priya had not invited him to her father’s first death anniversary.
Responding to the two incidents, Subba Reddy said that if Akhila’s father would have been alive, he would have ‘slapped his daughter’.
He also said that he would not think twice, about contesting against Akhila Priya from Allagadda, if Chief Minister N Chandrababu Naidu gave him a ticket.
Subba Reddy also said that his political fight was not against the Bhuma family as a whole, but only against the attitude of Akhila Priya.
The Nandyal bye-election was necessitated last year by the death of sitting legislator Bhuma Nagi Reddy. Bhuma, a key political figure in Kurnool district, had switched loyalties to TDP in 2016, along with his daughter.
The 53-year-old entered politics after his father was murdered in 1987, in an ongoing faction war. His brother had also died in 1991 due to a heart attack, following which he was elected as an MLA from Allagadda.
Since then, the Bhuma family has wielded considerable power over the two constituencies of Allagadda and Nandyal in Kurnool district.
Bhuma Akhila Priya was elected as the YSRCP candidate in the bye-election caused by the death of her mother Shoba Nagi Reddy in a road accident during the 2014 election. She was made the Tourism Minister of Andhra Pradesh after her father’s death.