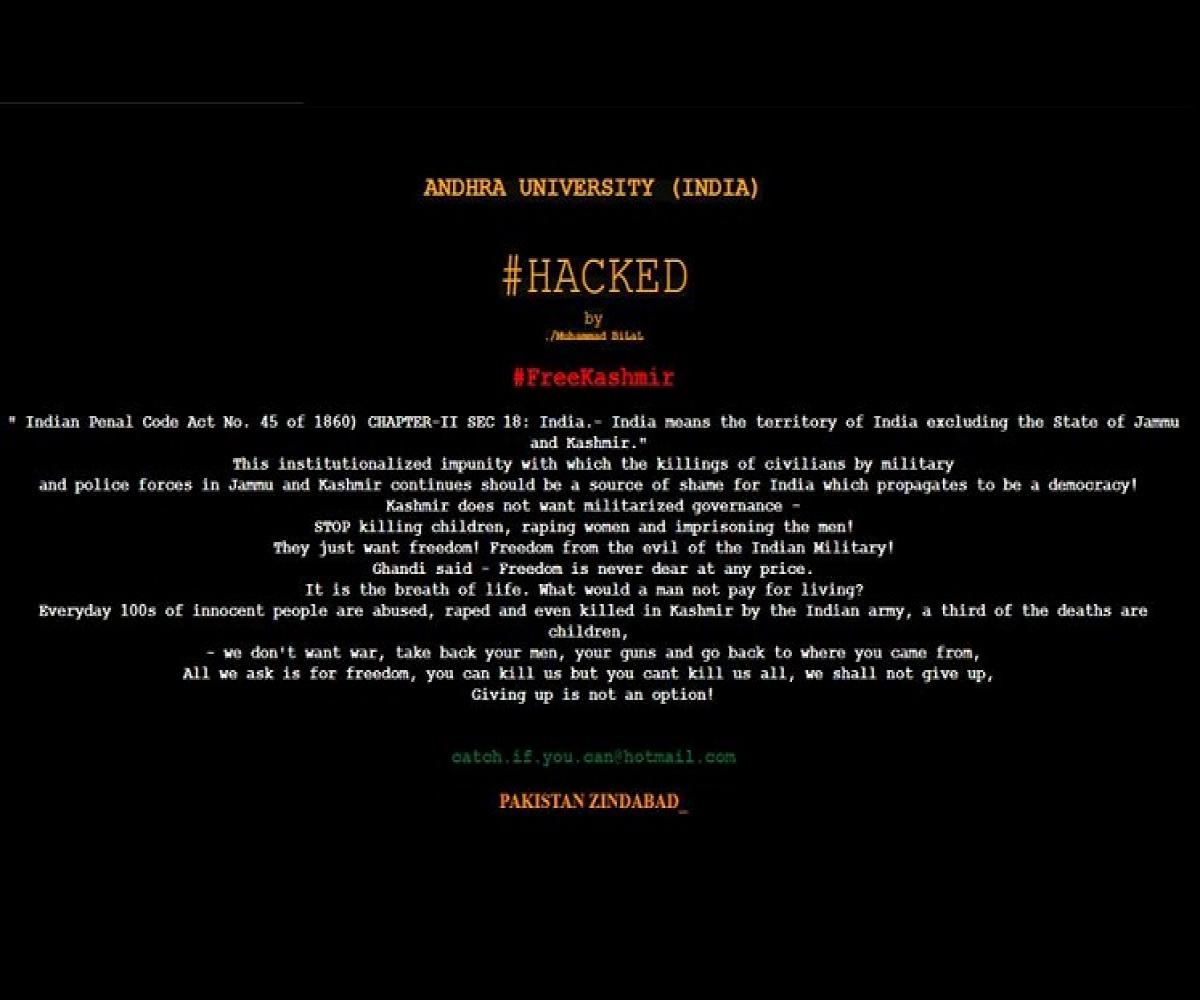 A screenshot of the hacked wesbite
The official website of Andhra University was allegedly hacked on Monday night, as it displayed pro-Pakistani slogans for a few hours until authorities regained control.
The hackers, who gained access into andhrauniversity.edu.in, posted slogans like ‘Pakistan Zindabad’ and ‘Free Kashmir’. The website was restored on Tuesday morning.
A message posted on the hacked website quoted Act number 45 of the Indian Penal Code (IPC),1860 Act, which said that the Act shall extend to the whole of India except the State of Jammu and Kashmir.
“This institutionalised impunity with which the killings of civilians by military and police forces in Jammu and Kashmir should be a source of shame for India which propagates to be a democracy. Kashmir does not want militarised governance, They just want freedom!” the message stated.
“We don’t want war, take back your men, your guns and go back to where you came from. All we ask is for freedom, you can kill us but you can’t kill us all. WE shall not give up. Giving up is not an option,” the message added.
Quoting sources, reports suggest that the hacker identified himself as Pakistani national Muhammad Bilal, who had earlier hacked other Indian government sites, posting similar messages about Kashmir.
Media reports add that the university has two servers; one which is situated inside the campus, and the other which is leased out from a server hiring firm in Bengaluru. Authorities said that the Bengaluru server was hacked, and no important data was lost.
This is also not the first time that the website was hacked, as similar instances have been reported at least 3-4 times over the last few years.
“Soon after finding that the website was hacked, we have taken steps for rectifying the problem with the help of cyber experts. Such incidents happened last year and two years back also. Though we have been protecting the site withfirewall, it seems, the hackers are trying new technologies,” Andhra University Vice-Chancellor G Nageswara Rao was quoted as saying.