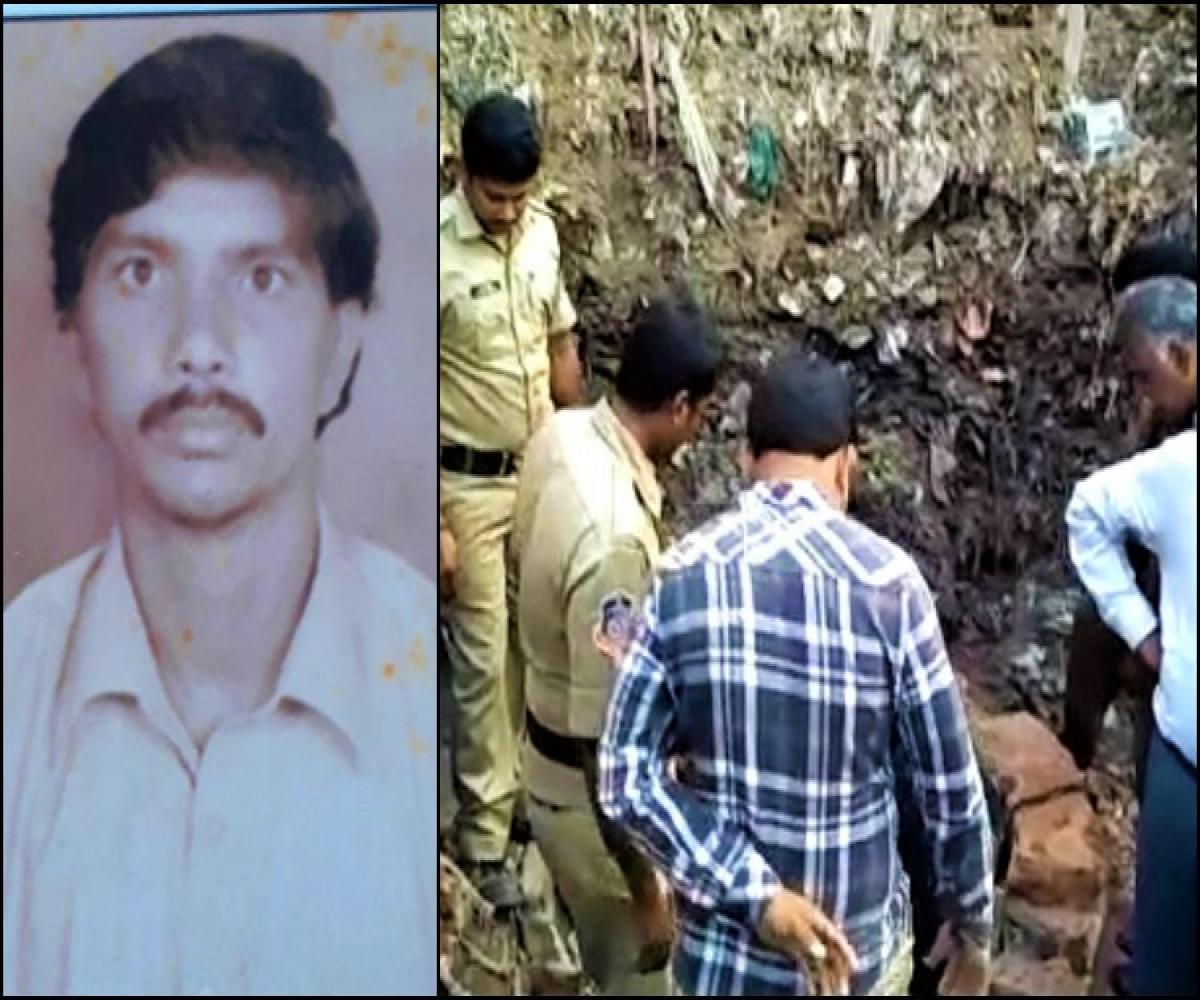 Yet another person lost his life to the inhuman practice of manual scavenging after entering a manhole in Vijayawada’s Vambay Colony on Tuesday.
The deceased, identified as 37-year-old G Gangaraju, entered a 15-foot deep manhole to clear a clogged pipe at around 3 pm. He was reportedly hired by a contractor of the Vijayawada Municipal Corporation (VMC).
Speaking to TNM, a police officer from the Ajith Singh Nagar police station said that no security or safety gear was used while the worker was lowered into the manhole to clean it.
“As he was climbing back out after unclogging the drain, he hit his head and got swept away in the water. His body was found in the same manhole, but at a depth of around 20 feet,” the police officer said.
When the police were informed, they immediately began rescue operations to try and locate Gangaraju.
Even as chances of finding him alive lessened, the National Disaster Response Force (NDRF), the AP State Disaster Response and Fire Services Department personnel were also roped in, according to reports.
Officials, including Municipal Commissioner J Nivas and Joint Commissioner of Police TK Rana, visited the spot, as authorities monitored the rescue operations late into the night. Gangaraju’s body was finally found after an eight-hour search.
“A case has been registered under Section 174 of the CrPC and the body has been shifted to the Government General Hospital (GGH) in Vijayawada for post-mortem. The case will be booked under relevant sections of the Indian Penal Code (IPC) after we get the autopsy report,” the police officer said.
Third death in just one year
Ironically, it seems that the VMC has not learnt its lesson from past incidents, because exactly one year ago, in March 2017, Vijayawada witnessed the death of two sanitation workers died of asphyxiation inside a 15-foot-deep drain in Bhavanipuram, near the Housing Board Colony.
The two deceased were identified as K Rambabu and P Venkateswaralu, while a third worker, K Durga Rao, fell unconscious and had to be rushed to hospital for treatment.
All three of them were contract workers with the VMC, and the contractor was booked for causing the deaths.
According to the Socio Economic and Caste Census 2011 (SECC-2011) data of manual scavengers released by the Ministry of Rural Development, a total of 553 manual scavengers were identified in both the Telugu states.
Andhra Pradesh had around 388 identified manual scavengers while Telangana had 165, though activists say that the number is much higher.
Manual scavenging is banned under the Prohibition of Employment as Manual Scavengers and their Rehabilitation Act 2013.