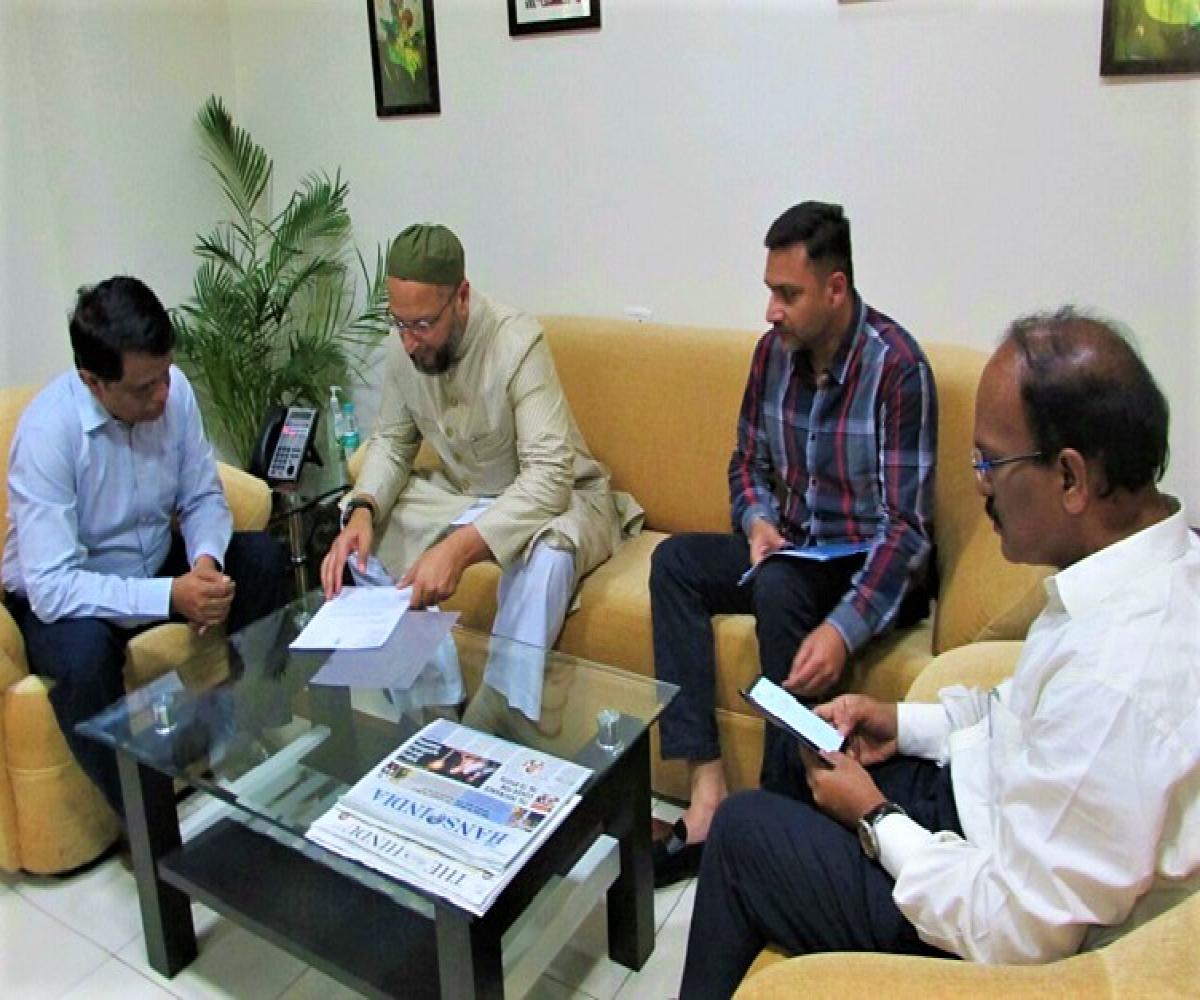 Hyderabad MP Asaduddin Owaisi on Tuesday urged the Telangana government to construct three bridges across the River Musi to help hawkers and street vendors.
In a letter addressed to the principal secretary of the Municipal Administration and Urban Development (MAUD) department, the All India Majlis-e-Ittehadul Muslimeen (AIMIM) chief said that the bridges could accommodate hundreds of hawkers and street vendors being displaced by the Charminar Pedestrianisation Project (CPP).
“Owing to the execution of works under the CPP, these poor vendors and hawkers are facing a lot of difficulty and inconvenience to conduct their business. They need to be accommodated at alternative sites for their livelihood, since they are being displaced from the CPP area. Without their rehabilitation, the CPP cannot be completed successfully,” the letter reads.
The Hyderabad MP suggested that two bridges should be constructed between the Afzalgunj Bridge, next to the State Central Library, and the Salarjung Bridge, and the third should be constructed near Osmania General Hospital, which would be convenient for the vendors and hawkers.
Asaduddin and his younger brother and MLA Akbaruddin Owaisi also met with Greater Hyderabad Municipal Corporation (GHMC) commissioner B Janardhan Reddy and the MAUD Principal Secretary, Arvind Kumar, and submitted the letter.
This move by the MP comes days after a stand-off between fruit vendors around Charminar and the police last week.
Several policemen were deployed, as the Pathergatti GHMC corporator and Charminar MLA Syed Ahmed Pasha Quadri reached the spot to talk to the vendors.
The vendors were later relocated to the bus depot nearby.
Last week, Prinicpal Secretary Arvind Kumar inspected the CPP with senior officials of the state government.
He said that the shops in the Charminar area must have uniform display boards detailing the local heritage, to safeguard the historic monuments in Hyderabad’s Old City area. The Principal Secretary also stated that a team of officials would shortly be sent to Istanbul, Turkey, to study the integration of architecture and heritage structures with transport and tourism.
The entire pedestrianisation project would cost around Rs 35 crore, he said.
The CPP aims to pedestrianise a radius of 220 metres around Charminar, by diverting vehicular traffic through the Inner Ring Road (IRR) and the Outer Ring Road (ORR).
Meanwhile, the Archaeological Survey of India (ASI) is also busy carrying out repair and conservation works on the monument and its pillars itself.
The Charminar, which was built during Muhammad Quli Qutb Shah’s rule in 1591, is a protected structure, as any construction within 200 meters around it can only be done after permission is obtained from the ASI and the National Monument Authority.
Show More
Share
Facebook Twitter LinkedIn Pinterest Reddit WhatsApp Telegram Share via Email Print

Sridevi's farewell in pics: Celebs and fans pour in to pay last respects