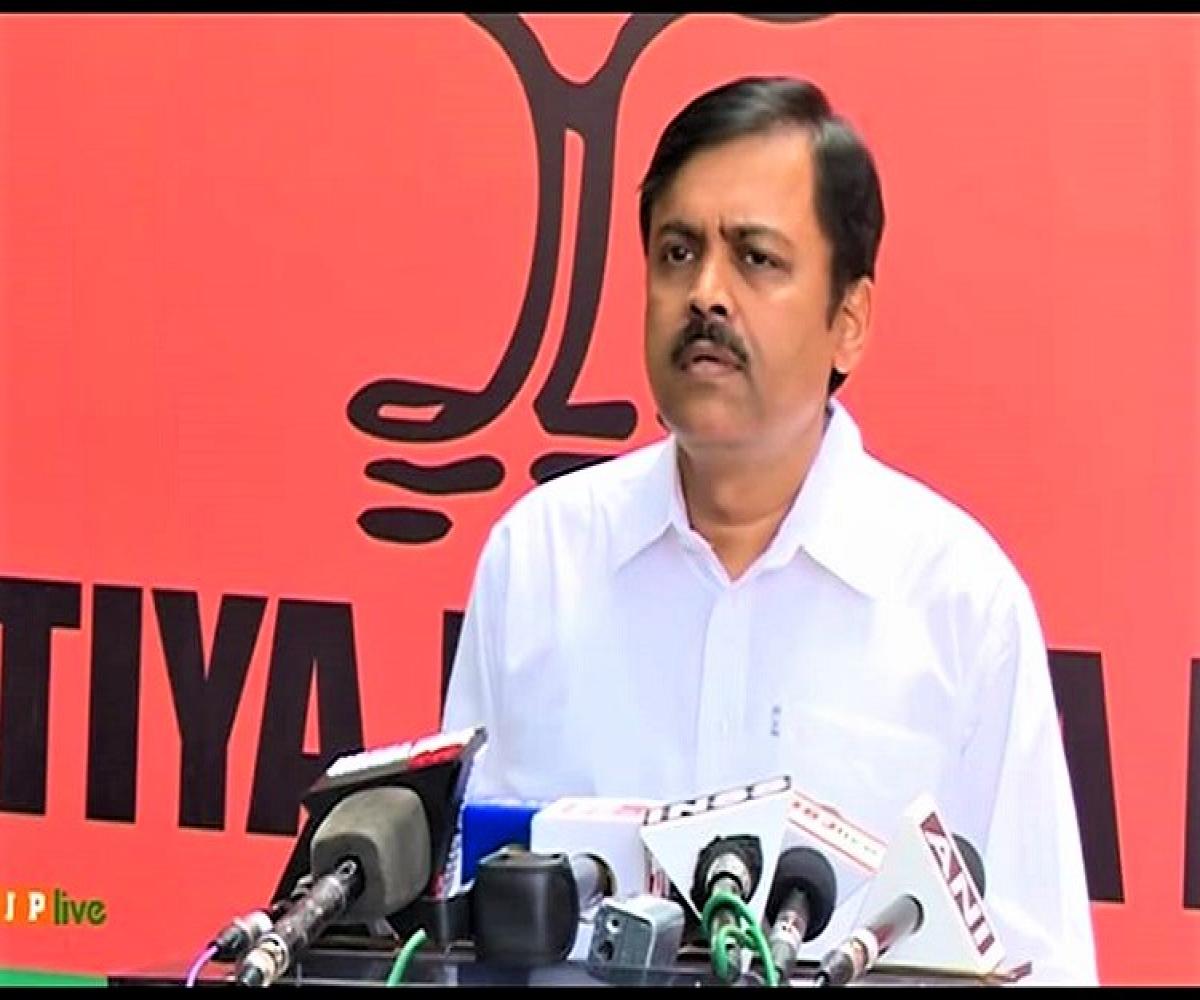 The BJP on Friday rejected what it said was “propaganda” that the Centre has not given Andhra Pradesh the requisite assistance and said it has gone “way beyond” to fulfil all the obligations under the Andhra Pradesh Reorganisation Act and will look at the state “sympathetically”.
“The centre has gone way beyond to help the state and to ensure that Andhra Pradesh can be put on the path of rapid economic progress and development. They also invested heavily in education sector to ensure that Andhra Pradesh can also develop its educational resources, the human resources, which will ultimately pave the way for the economic development of the state in the long run,” BJP Spokesperson GVL Narasimha Rao told a press conference with state BJP chief K Hari Babu.
He said that the central government has a sympathetic, supportive and caring attitude towards the state.
“It’s not just a question of just sympathy because Andhra Pradesh requires the kind of nurturing and support to stand on its feet and start running. The centre has fulfilled all its obligations and will look at the state sympathetically because the new state must get all the assistance and must get all the support,” he said.
On the demand of the special status category to the state, the BJP leader said that although this was not formally a part of the Act, the amount of such assistance will be given in due course of time.
“Though this (Special Category Status) is not a formal part of the Act and because the special category seizes to exist after 14th Finance Commission report, the state has agreed to make good of whatever assistance the state was going to get as a result of the special category status. That financial assistance is being given as a special package. The amount of such assistance also has been estimated and the state will certainly be receiving it in due course of time,” he said.
Giving a detailed report card on what the central government has done as per the AP Reorganisation Act, Rao also urged the political parties of the state not to continue with “propaganda”.
“For God’s sake, don’t continue with this kind of propaganda that the Centre has not given the state the requisite assistance,” he said.
The BJP leader claimed that the state has got additional educational institutions as mentioned in the Act.
“If the Centre only wanted to fulfil obligations, we would not have gone so far to really strengthen Andhra Pradesh by giving many institutions. There is a long list of educational institutions provided to the state. Although there was no claim for Andhra Pradesh to get these. But the Centre certainly thinks that the state needs assistance,” he said.
Claiming that the Centre has taken multi prolonged initiatives for the state because development will come only from investment in human resource, infrastructure and industry.
“Any of these institutions were not mentioned in Andhra Pradesh Re-organisation act but the centre is committed that Andhra Pradesh gets special assistance. Andhra Pradesh becomes front ranking state,” he said giving a list of Education Institutions.
Targeting its ally TDP, which said the Centre has done “nothing substantial” for Andhra Pradesh in the past four years except “routine” central grants that any other state would get, Rao claimed the Centre has gone beyond to provide support to the state.
“The Centre has invested Rs 1 lakh crore out of total 7 lakh crore to Andhta Pradesh for highways which is 1/7th of the total investment. In the power sector the Centre has invested Rs 28000 crore while in petroleum sector Rs 1.3 lakh crore has been invested. Under Prime Minister Awas Yojana, the state has been provided 6.8 lakhs of houses which is 1/3rd of the total allocation,” he said.
He also said that the Centre is committed to fulfilling all the obligation as per the Act for Amaravati.
“I think some estimates have been given that some Rs 48,000 crore will be required for capital Amaravati project. I don’t know from where this estimate come from. So, its high time that we don’t scare people by giving fictitious numbers. I think the government’s commitment is to provide financial assistance for the construction of the buildings like Assembly, Secretariat, the High Court and others. The Centre is committed to fulfil all the obligations,” he said.
Hari Babu, on his part, claimed that the Modi government is not waiting for the 10 years period as mentioned in AP reorganisation act and has fulfilled 100% of the promises in education sector.

Centre given six weeks by SC to form Cauvery Management Board, will it comply?

Telangana has gone into the wrong hands: Viajayashanti