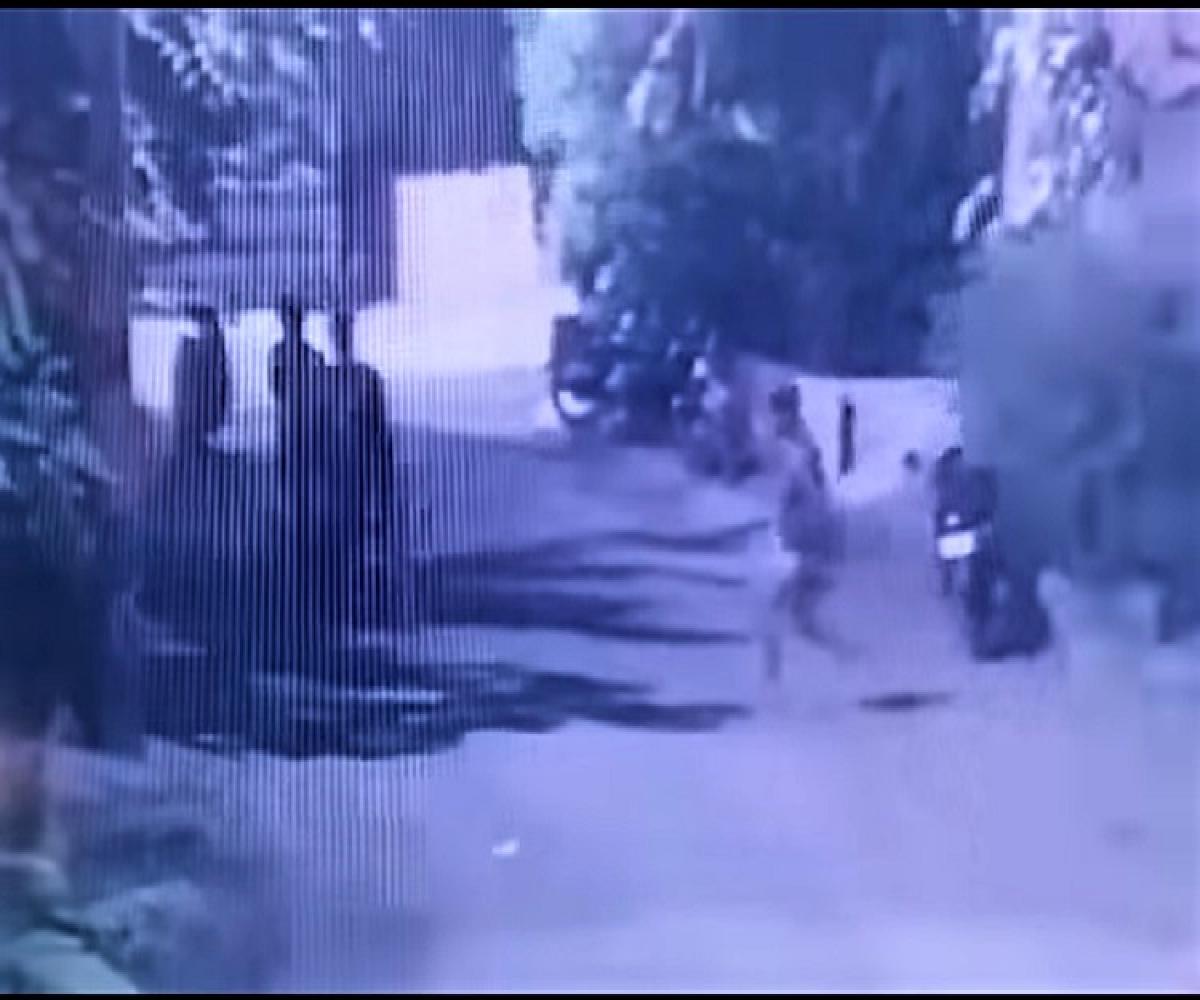 Screenshot
The bizarre ‘Chaddi Baniyan’ gang, a group of burglars who commit crime in their inner wear, are suspected to have struck again in Hyderabad, this time in Meerpet area in the city on Wednesday.
The police said that a gang of more than eight persons broke into a house at Agricultural Colony in Meerpet and stole gold and silver ornaments weighing 10 tolas. Besides CCTV footage, a watchman also confirmed that the burglars only wore only inner wear.
The owner of the flat is reported to be an IT professional who is presently residing in the United States.
The police also said that the burglars locked the doors of all neighbouring flats from outside, before they proceeded to break into the flat where the crime was committed.
Two accused also locked the watchman’s room and stood guard over there.
Speaking to reporters, Meerpet Inspector A Man Mohan said that the gang had gained entry into Flat No 301, in the four-storied apartment complex, and decamped with valuables.
“The owners of the flat went to the US nearly two months ago. Before executing the burglary, the suspects ensured that the neighbouring flats are locked from outside, and entered the apartment by breaking open the main door,” he was quoted as saying.
Soon after this, residents began waking up due a commotion and raised an alarm when they found their main door locked from outside. Following this, the accused fled from the scene.
According to reports, CLUES Team collected fingerprints from the crime scene. The police said that they have launched a manhunt to nab the offenders.
The gang first came to the attention of the Hyderabad police in December last year, following burglaries at Miyapur and KBHP.
When CCTV footage was checked, it clearly showed a group of men walking in the night, with just their innerwear.
At the time, the police said that the gang is known to commit crimes and loot empty residences, and would pelt stones if they were threatened.
Watch the earlier CCTV footage below.