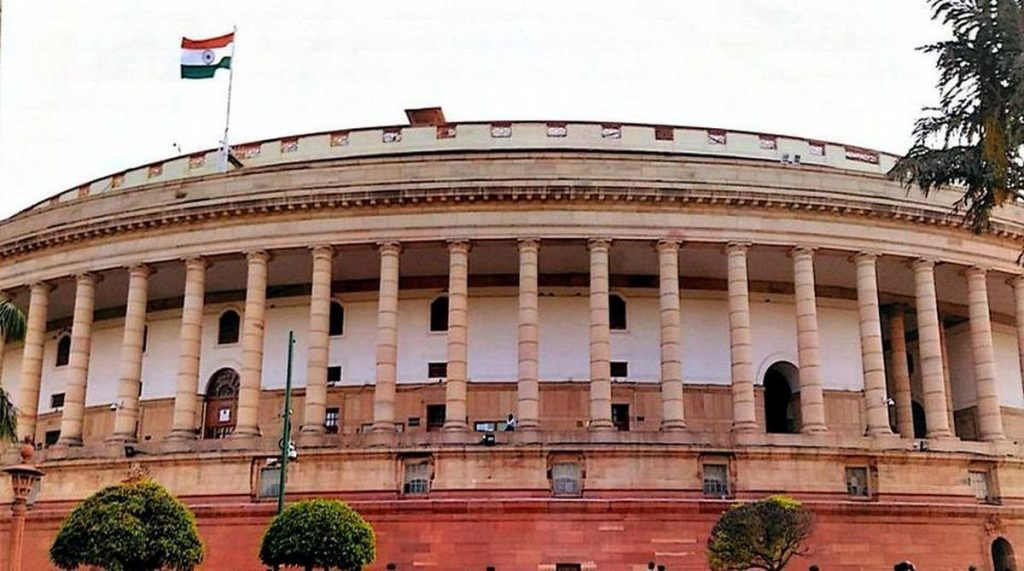 New Delhi, Feb 3 (IANS) The Lok Sabha on Monday witnessed uproarious scenes with opposition, led by Congress, demanding “roll-back” of Citizenship Amendment Act (CAA) and seeking Prime Minister Narendra Modi’s reply over the issue in the backdrop of the violent protests against the law across the country.

The ruckus began soon after the House assembled for the day. Congress leader Adhir Ranjan Chowdhury raised the issue but Speaker Om Birla disallowed him from speaking and started the Question Hour following which various lawmakers from different opposition parties came near the Speaker’s podium and began sloganeering “save our democracy”, “save our Constitution”, “save our India”, “Prime Minister, reply”, “stop inflammatory speeches” and “roll-back CAA”.

The opposition also raised the statement made by Union Minister Anurag Thakur in which he had proposed to “shoot the traitors” following which the Election Commission restricted him for a certain period from campaigning in Delhi ahead of the Legislative Assembly elections in the city on February 8.

Interrupting during the proceedings, Birla requested opposition members to go to their seats and let the House function to save the Constitution.

“You all floor leaders had decided unanimously not to disrupt House proceedings when important issues would be discussed. Please don’t do that and go to your seats. You will be given opportunity to raise your issue during Zero Hour,” Om Birla said. “You can save your Constitution by asking questions related to your area.”

The Speaker slammed the MPs, saying “you are not sent to Parliament for sloganeering. You should go to your seat and ask questions.”

Earlier, Congress MPs Adhir Ranjan Chowdhury, Kodikunnil Suresh and Gaurav Gogoi gave adjournment motion notice in the Lok Sabha to “reconsider” the contentious Citizenship Amendment Act which came into force on January 10 when the Ministry of Home Affairs made the announcement through a gazette notification — almost a month after it was passed by Parliament on December 11, 2019 during the winter session — which triggered widespread violent demonstrations across India.

As per the law, migrants of six non-Muslim communities — Hindu, Sikh, Buddhist, Jain, Parsi and Christian — who have come from Pakistan, Bangladesh and Afghanistan till December 31, 2014 will be given citizenship.

Pamphlets thrown at Kejriwal during roadshow

With Modi’s address on Monday, BJP to kickstart its poll mission

Modi to address big rally in Varanasi on Oct 25