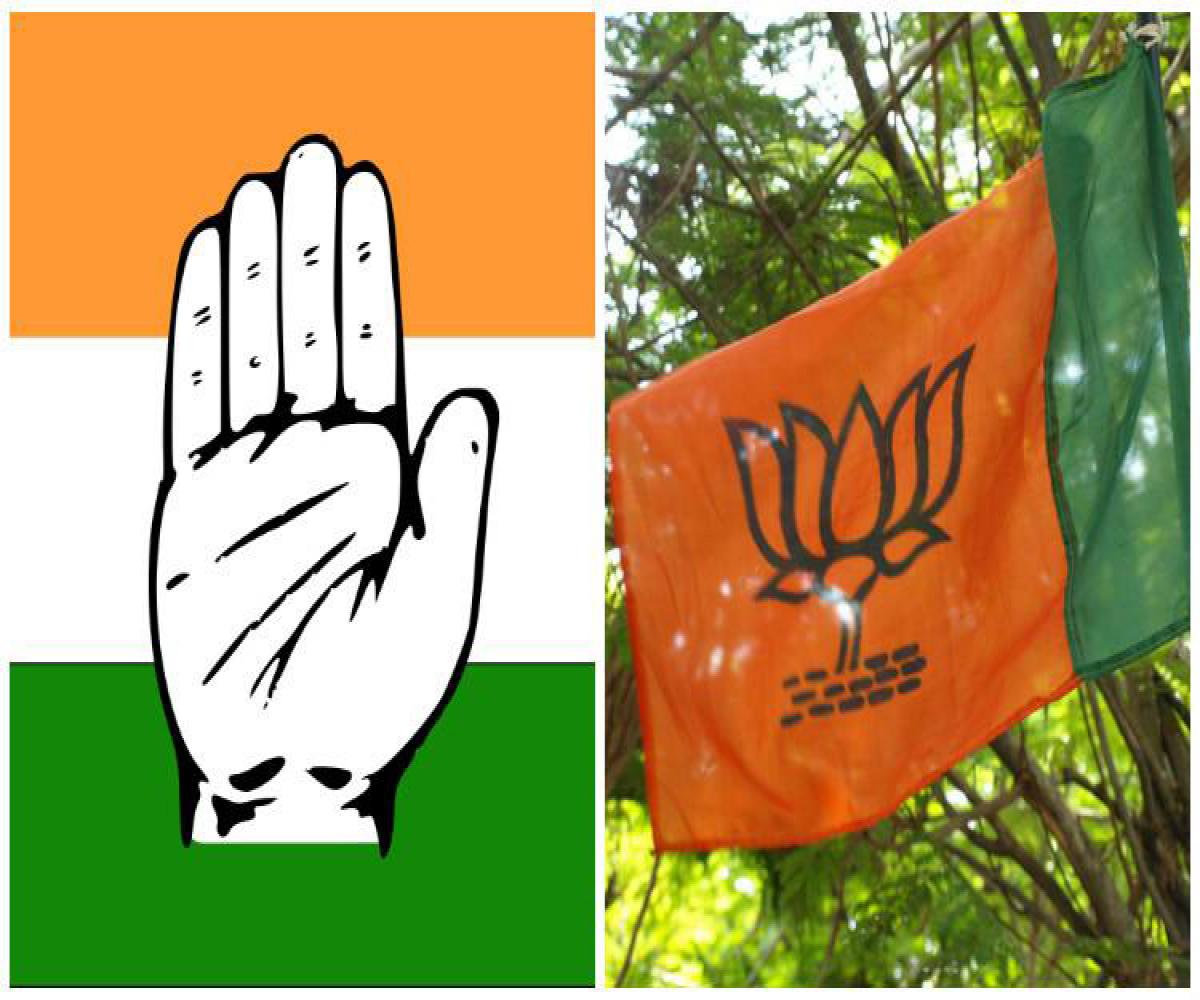 The Bharatiya Janata Party (BJP) on Monday accused the Congress of sharing users’ data with a Singapore-based firm soon after a French vigilante hacker claimed that its server was located in the island city-state instead of India.
The accusation comes a day after Congress President Rahul Gandhi referred to a media report in which the French hacker Elliot Alderson, in a series of tweets alleged that the personal data including email IDs, photos, gender and names of the users of Prime Minister Narendra Modi’s mobile app were being sent to a third party domain without their consent.
“Hi! My name is Rahul Gandhi. I am the President of India’s oldest political party. When you sign up for our official Application, I give all your data to my friends in Singapore,” BJP leader Amit Malviya said in a series of tweets attaching screenshots of the Congress’ website privacy policy listings.
Malviya is in-charge of the BJP’s national Information and Technology wing and he shared the information on the social networking site soon after Alderson in a series of tweets claimed that the Congress was also storing the data in Singapore.
“When you apply for membership in the official Congress android app, your personal data are send encoded through a HTTP (Hypertext Transfer Protocol) request to http://membership.inc.in,” the French hacker said.
“The IP address of http://membership.inc.in is 52.77.237.47. This server is located in Singapore. As you are an Indian political party, having your server in India is probably a good idea.”
Taking a potshot at the Congress, Malviya said: “Full marks to Congress for stating upfront that they’ll give your data to practically anyone – undisclosed vendors, unknown volunteers, even groups with similar causes. In theft of all forms, Congress has never been discreet!
“When Congress says they will share your data with like-minded groups, the implications are grave. From Maoists, stone pelters, Bharat ke Tukde Gang, Chinese embassy to globally renowned’ organisations like Cambridge Analytica, the field is extensive and wide open.
“Inspired by Sonia Gandhi’s all power no accountability dictum, Congress will take all your data, even share it worldwide with organisations like Cambridge Analytica but will not take responsibility of it! Their own policy says so,” the BJP leader said.
Earlier, the BJP accused the Congress of compromising national security by roping in political data analytics firm Cambridge Analytica to run its 2019 election campaign.
The London-based data consultancy firm is currently in the midst of a global row after reports surfaced that the data of more than 50 million Facebook users were inappropriately used by Cambridge Analytica, in activities allegedly connected with US President Donald Trump during his 2016 presidential campaign.
Show More
Share
Facebook Twitter LinkedIn Pinterest Reddit WhatsApp Telegram Share via Email Print

India has never accepted 1959 definition of LAC with China: Govt