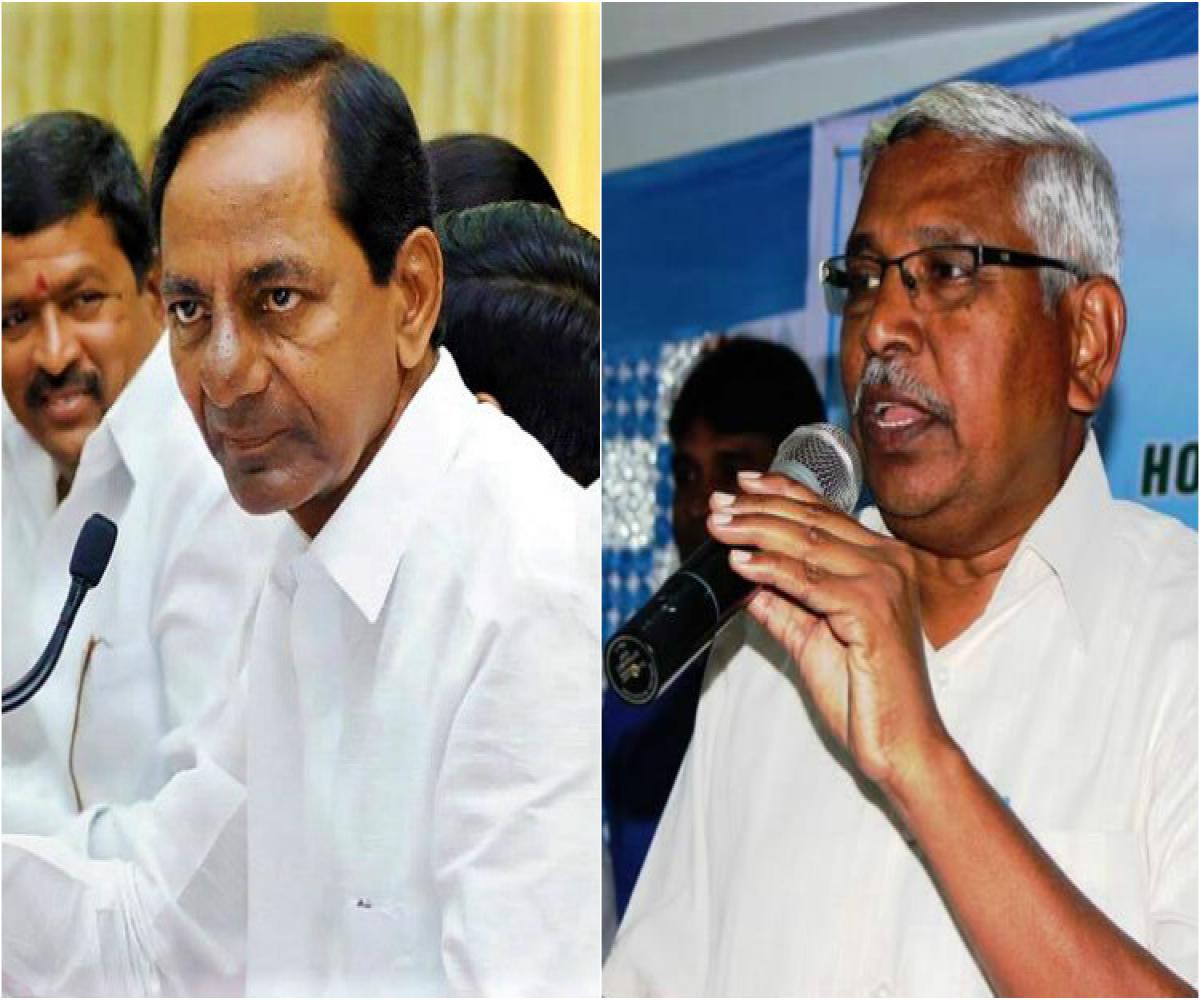 The Telangana police clamped down on dissent across the entire city of Hyderabad on Saturday as it foiled the plans of the Telangana Joint Action Committee (TJAC) to hold a ‘Million March’ protest at Tank Bund.
Scores of activists were taken into preventive custody across Telangana as the TJAC said that it would expose the failures of the K Chandrasekhar Rao government.
The Left parties supported the JAC’s call, but the city police had denied permission for the rally. TJAC chairman professor M. Kodandaram announced that the march would be held defying the police order.
To prevent this, a total of 6,000 police personnel had been deployed across the state.
The police initially surrounded Kodandaram’s house in Secunderabad’s Tarnaka area, but later took him into custody when he tried to step out of his residence.
“Though the police had prevented us from holding the event, we have a moral victory as thousands of people were planning to turn and few dared to get arrested by the police,” he told reporters.
Special police forces, including rapid response teams, had also been deployed at the Osmania University, the hotbed of the Telangana movement till 2014.
The first “Million March” was held on March 10, 2011, to highlight the demand of the people of Telangana for a separate state.
As crusader of the movement, Chandrasekhar Rao supported the event. But, this time, the event is against his rule.
“Just because they have the power, they cannot suppress the right of the people to protest”, Kodandaram had said.
Meanwhile, the Hyderabad Traffic Police closed traffic on the tank bund from 11 am to 5 pm, throwing several commuters off-guard.
The decision also resulted in major traffic jams along other arterial roads in the area.
Before his arrest, Kodandaram spoke to TNM about the detention of several hundred activists and accused KCR of being a hypocrite.

Walk out of NDA-govt if you're sincere: Jagan tells Andhra CM Naidu on special status

Together we shall conquer COVID 19: Governor tells doctors