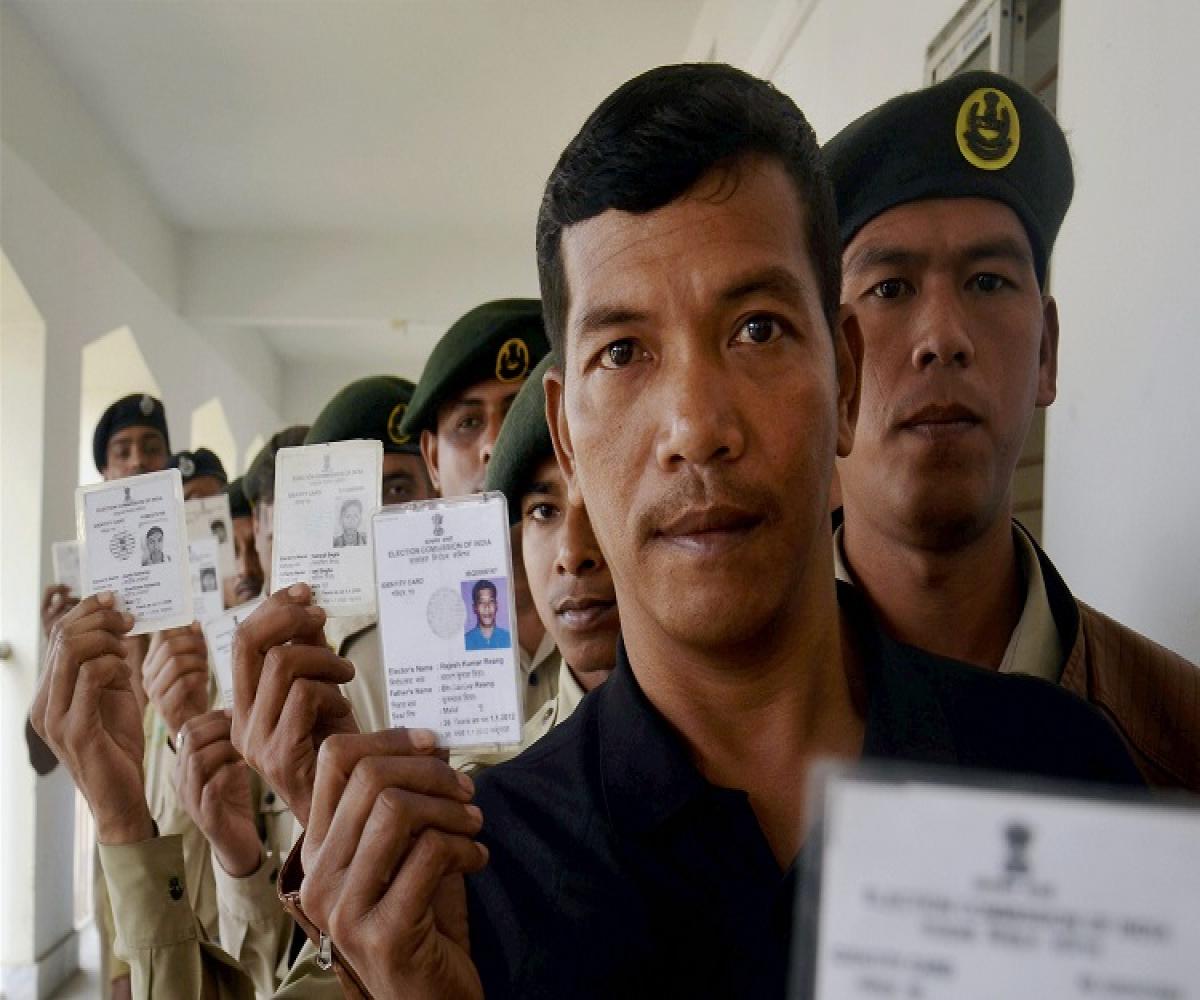 Voting in Tripura; PTI Photo
After the counting of postal ballots, the ruling CPI-M-led Left Front and opposition BJP candidates are heading neck-and-neck in all the 59 assembly constituencies in Tripura, an election official said in Agartala on Saturday.
Polling has been countermanded in one constituency of the 60-strong assembly following the death of a CPI-M candidate a week before the February 18 polls.
“After the completion of counting of postal ballots, counting of votes stored in the EVMs (Electronic Voting Machines) would be taken up with a 30-minute break,” the poll official said.
Over 50,700 security and polling officials, who were engaged in the polling duties, have cast their votes through postal ballots, the Election Commission official added.
A three-tier security is in place in 20 locations across the state where 59 counting halls have been set up. Counting of votes are progressing simultaneously for all the 59 onstituencies.
Prohibitory orders under 144 CrPc has been promulgated in and around all the locations as a precautionary measure.
“Huge numbers of central para-military force and state security forces have been deployed to tackle any disturbances during the process,” Additional Chief Electoral Officer Tapas Roy told IANS.
Metal detectors and six CCTVs in each counting hall were installed while videography is being done to record the entire counting process, he said.
The Election Commission has appointed 47 general observers and eight police observers to oversee the counting process.
A total of 290 candidates, including 23 women of the ruling Communist Party of India-Marxist, Communist Party of India, Bharatiya Janata Party and Congress and many independents, are in the fray.
Balloting in Charilam (reserved for the tribals) has been deferred to March 12 after CPI-M candidate Ramendra Narayan Debbarma died a week before the polls.
Over 92 per cent (excluding 50,700 postal ballots) of Tripura’s 2,536,589 voters cast their votes on February 18 in a peaceful election, setting a new record in India’s electoral history.
Show More
Share
Facebook Twitter LinkedIn Pinterest Reddit WhatsApp Telegram Share via Email Print

Sridevi's ashes to be immersed in Rameswaram