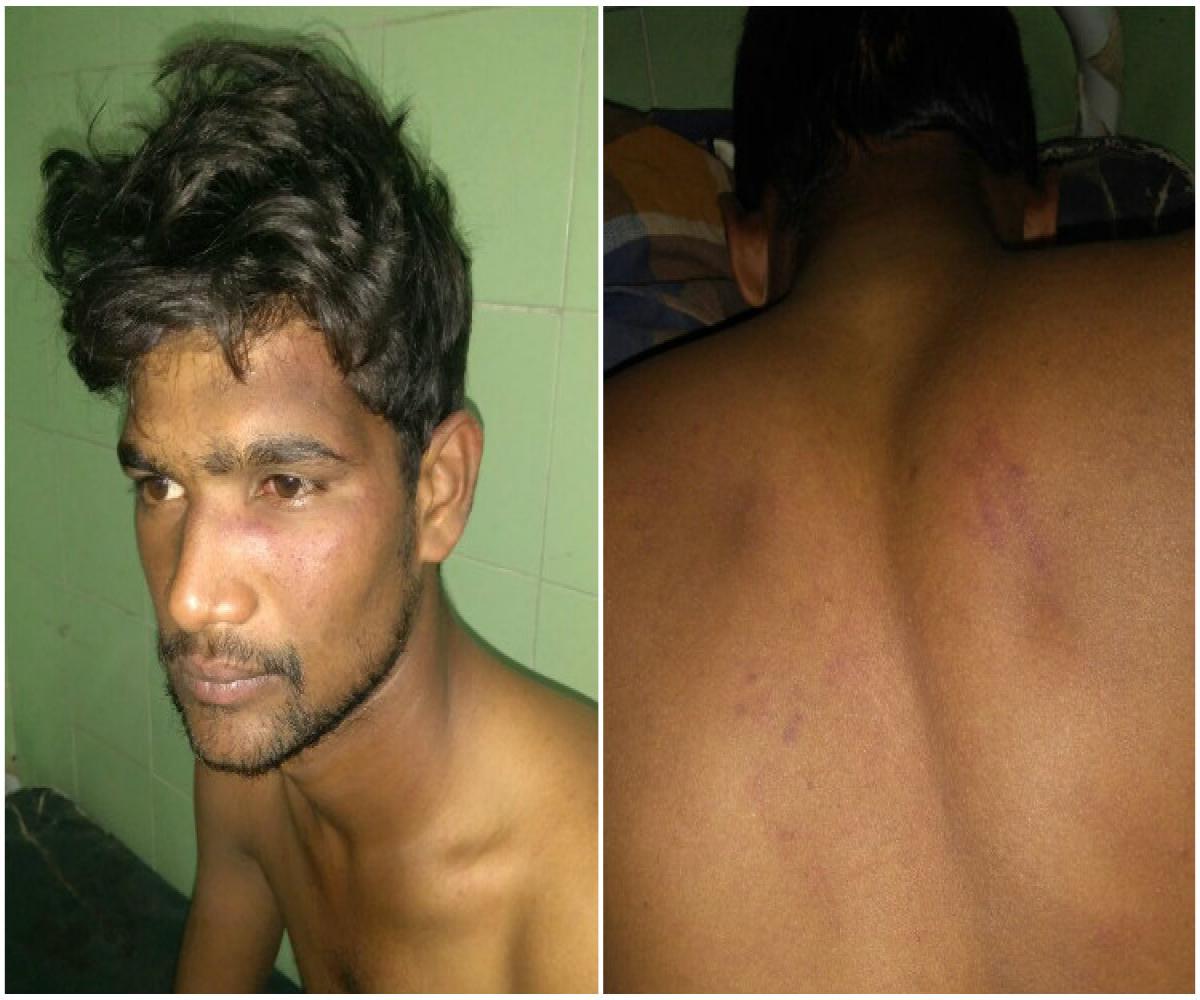 A Dalit youth was brutally assaulted by six upper caste men from Brahmanakotkur in Andhra Pradesh’s Nandikotkur Mandal. The incident took place on Saturday, after which a video began circulating on social media.
Srikanth, a 21-year-old, along with other youth from the Mala community from Damagantla village went to Brahmanakotkur, the neighbouring village, to play cricket.
A fight broke out between the Srikanth and Linga Reddy, a Brahmanakotkur native. It turned violent, and six men thrashed Srikanth.
“There was a small misunderstanding between Linga Reddy and Srikanth, which turned into a brawl. Within a few minutes, the Reddys playing in the ground ganged up and thrashed him with whatever they could find. We tried intervening… but they wouldn’t listen and attacked people who went to rescue. If the beating continued for two more minutes Srikanth would have died,” recalled Vijaya Raju, one of Srikanth’s friends who tried to rescue him.
Raju alleged that the members who assaulted them also hurled casteist abuses at them.
“It wasn’t just a fight between two people. It was caste violence. They called us names. ‘From where are you Malas coming and showing your attitude’, they asked us.”
Raju alleged that when they tried to film the act, the attackers seized their phones and broke them.
“They seized one of the phones we were filming on. They broke the phone and said ‘who will you complain to. The SI is from our community itself. Do whatever you want’,” said Raju.
The situation only got worse. Following the attack, when Raju and the others approached the Brahmanakotkur Police, Raju alleged that the police refused to take a complaint and abused them for creating a nuisance.
“The Sub-Inspector Mahender Reddy didn’t even hear our pleas. He just kept abusing us. We were already devastated,” Raju alleged.
Infuriated by the police’s response, Dalit youth from Damagantla hired autos and a tractor, and gathered in large numbers to protest in front of the Circle Inspector’s office at the Nandikotkur Police Station.
Following the protest, police registered a case against Linga Reddy, Teja Reddy, Omkareshwar Reddy and others under the SC/ST (Prevention of Atrocities) Act. The case is under investigation.
Srikanth is currently undergoing treatment at the Government General Hospital in Kurnool.