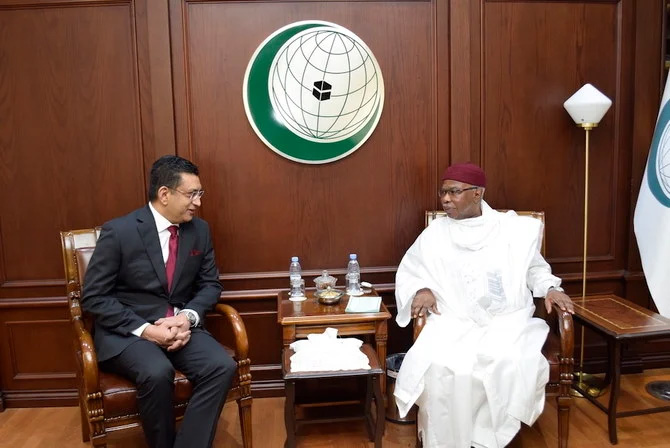 COLOMBO: Sri Lanka’s foreign minister met on Tuesday with the secretary-general of the Organization of Islamic Cooperation, as the island nation seeks support and investment to steer out of its worst economic crisis in history.

Foreign Minister Ali Sabry is on a state visit to Saudi Arabia to meet top officials and leaders of international organizations based in the Kingdom, including his Saudi counterpart Prince Faisal bin Farhan and senior officials from the Islamic Development Bank.

In his meeting with OIC secretary-general Hissein Brahim Taha in Jeddah, Sabry appealed for humanitarian and economic support from member countries of the bloc.

“In the time right now, when Sri Lanka is in need of support to get over the economic crisis that we have, OIC (is) a strong bloc and really we need their support,” the minister told Arab News in a phone interview.

Founded in 1969, the OIC has 57 member states with a collective population of more than 2 billion people.

Though a predominantly Buddhist country, Sri Lanka’s relations with the OIC and the Islamic world have been “longstanding,” Sabry said.

“We are very close friends and Sri Lanka has stood by the cause of Islamic countries,” Sabry said.

“We decided that the OIC will continue to support Sri Lanka in the international arena and that the secretary will appeal to the member countries for further enhancement of strong relationship and investment.”

The government is in discussions to reach a final agreement with the IMF on a $2.9 billion bailout loan to put its battered economy back on track.