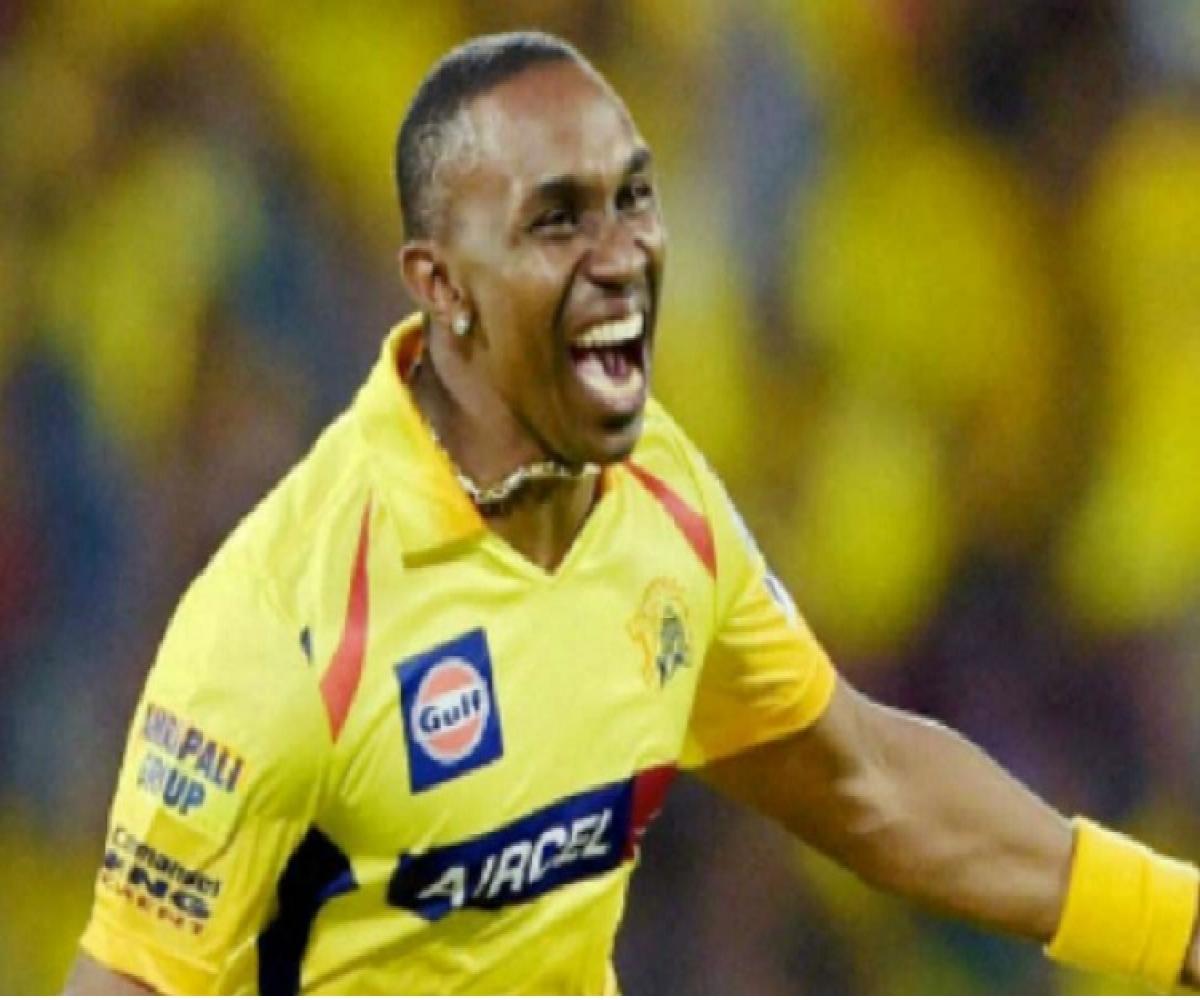 At 119-8 after 17 overs in its chase of 166, with 2 of the best death over bowlers bowling, Chennai Super Kings looked dead and finished.

Its fans in the crowd may have been forgiven for switching loyalties and Mumbai Indians fans might have been forgiven for starting the celebrations early.
But they did not account for the batting prowess of Dwayne Bravo, who launched a blistering attack to score 68 runs off 30 balls to take CSK to the brink of victory which was then sealed by Kedhar Jadhav batting on one leg.
It was Bravo’s star-turn however that turned the game around for CSK and his superhero performance with the bat came after a disciplined performance with the ball in which he conceded just 11 runs off his final three overs.
It ensured that CSK returned to the Indian Premier League after a two year absence with a sensational victory at the Wankhede Stadium.
There was no doubt who was going to be the Man-of-the-Match and Bravo dedicated his effort to loyal CSK fans. “It was a great victory and we dedicate it to the CSK fans. CSK showed a lot of faith is me. I came in early and I gave myself my best opportunity to bat. It gave me time to get myself set. It is a small outfield and I back my skills and I am just happy with my effort tonight,” said an effusive Bravo after the game.
“It was just my day, I’ll take that. It’s always good to start any tournament with a win and this is a special win for us personally because our fans have been so loyal to us and they waited for this opportunity and people in Chennai and throughout India as well, our CSK fans and our captain MS (Dhoni),” he added.
His match-winning effort also came in a game of special significance for him. He was wearing Jersey no. 400 instead of his usual no. 47 to commemorate his feat of becoming the first man to take 400 wickets in the Twenty-20 format.
The West Indies all-rounder has grown to become a valuable player in the format and has played in leagues all over the world including in Australia, Pakistan, Bangladesh and England.
In India, he first played for the team he helped vanquish – Mumbai Indians – from 2008 to 2010 before joining Chennai Super Kings in 2011. He won the Indian Premier League with CSK in his first season.
After CSK’s suspension from the league, Bravo was drafted by Gujarat Lions before CSK, in its extensive effort to rebuild their ‘old’ team, retained Bravo for a whopping 6.40 crores.
The money was made to look like a bargain last night as Bravo rescued a victory for the team from the jaws of defeat.
CSK fans and cricket enthusiasts took to Twitter to hail Bravo’s knock

Dwayne Bravo outstanding with the ball in his last two overs and some great hitting in the end. Great come from behind win. IPL couldn’t have had a better start #MIvCSK
— VVS Laxman (@VVSLaxman281) April 7, 2018