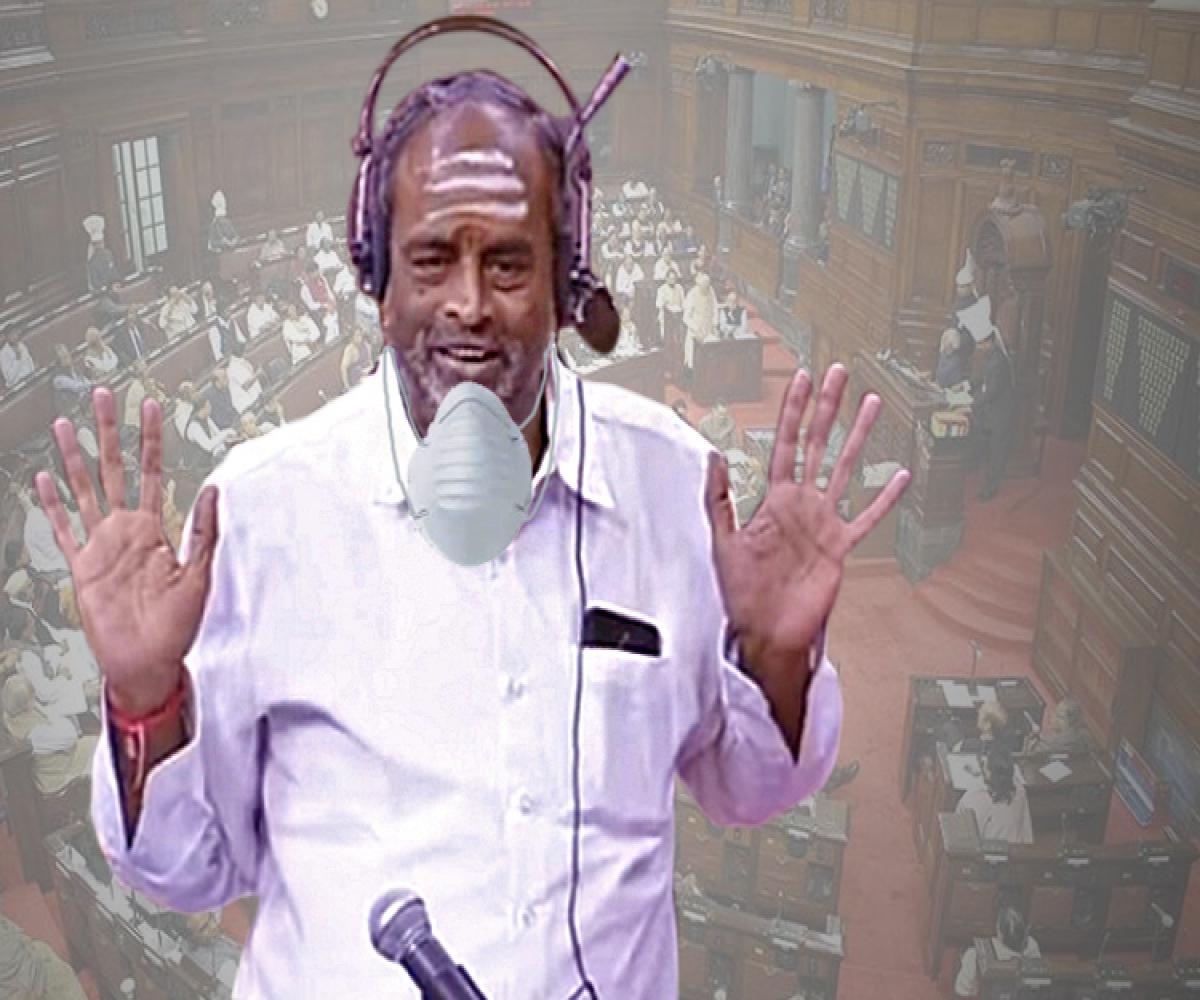 New Delhi’s alarming pollution levels appears to be suffocating the political class. AIADMK’s Rajya Sabha MP Navaneethkrishnan on Thursday demanded that Parliament session be shifted to the south, declaring the capital is not fit for human inhabitation.
“Everyone is living in fear in Delhi. It has become a gas chamber and is no longer fit for human inhabitation,” said Navaneethakrishnan.
The AIADMK MP’s statement was made during a debate in the Rajya Sabha on New Delhi’s pollution levels.
Stating that it is a Constitutional right to have a life free of pollution, Navaneethakrishnan said, “Article 48A of the Constitution says that the state shall endeavour to protect and improve the environment, and safeguard the forests and wildlife of the country. Though it is in a chapter of directive principles, thanks to the recent Supreme Court judgment, it is an enforceable right.”
He urged his fellow parliamentarians to shift the session to the south, noting, “To save Delhi, subject to correction and approval by this House, the Session may be shifted to southern part of our nation so that our northern friends can come to South India and enjoy food and climate which is free from pollution. So, I welcome all the northern friends to South India and have a good, peaceful and effective Session.”
Besides being good for their overall health, the AIADMK MP pointed out that it would be good for national integration, arguing, “Delhi is not good for inhabitation. Definitely, it cannot be. Everybody is making use of it, polluting it and going back to their native places. So, my humble submission is that any one of the Sessions may be held in Nagpur, Bengaluru, Chennai, Hyderabad, Mumbai, or anywhere else. It is also very useful for national integration. I hope that our Central Government is doing all the work, or, taking all the steps to prevent the air pollution, but changing the venue of Session may also be considered as one of the plans to prevent air pollution in Delhi.”
Navaneethakrishnan also pointed out that AIADMK founder and former CM MG Ramachandran had in the past demanded that the Supreme Court be shifted to Nagpur to allow make it more accessible for those across the country. “Once our leader, Puratchi Thalaivar M.G. Ramachandran, vehemently argued for shifting our Supreme Court of India to Nagpur or any other central place of India. His point was that poor people cannot be made to travel such a long distance to Delhi and it was rebutted by Mr. Ram Jethmalani. I attended that meeting. That is only for the sake of convenience that I am making this point,” he said.
New Delhi has been blanketed in thick smog for several weeks, with pollution levels skyrocketing to alarmingly dangerous levels. On Thursday, Delhi’s air pollution was reported to be “very poor”, with the air quality index at 378.
Show More
Share
Facebook Twitter LinkedIn Pinterest Reddit WhatsApp Telegram Share via Email Print