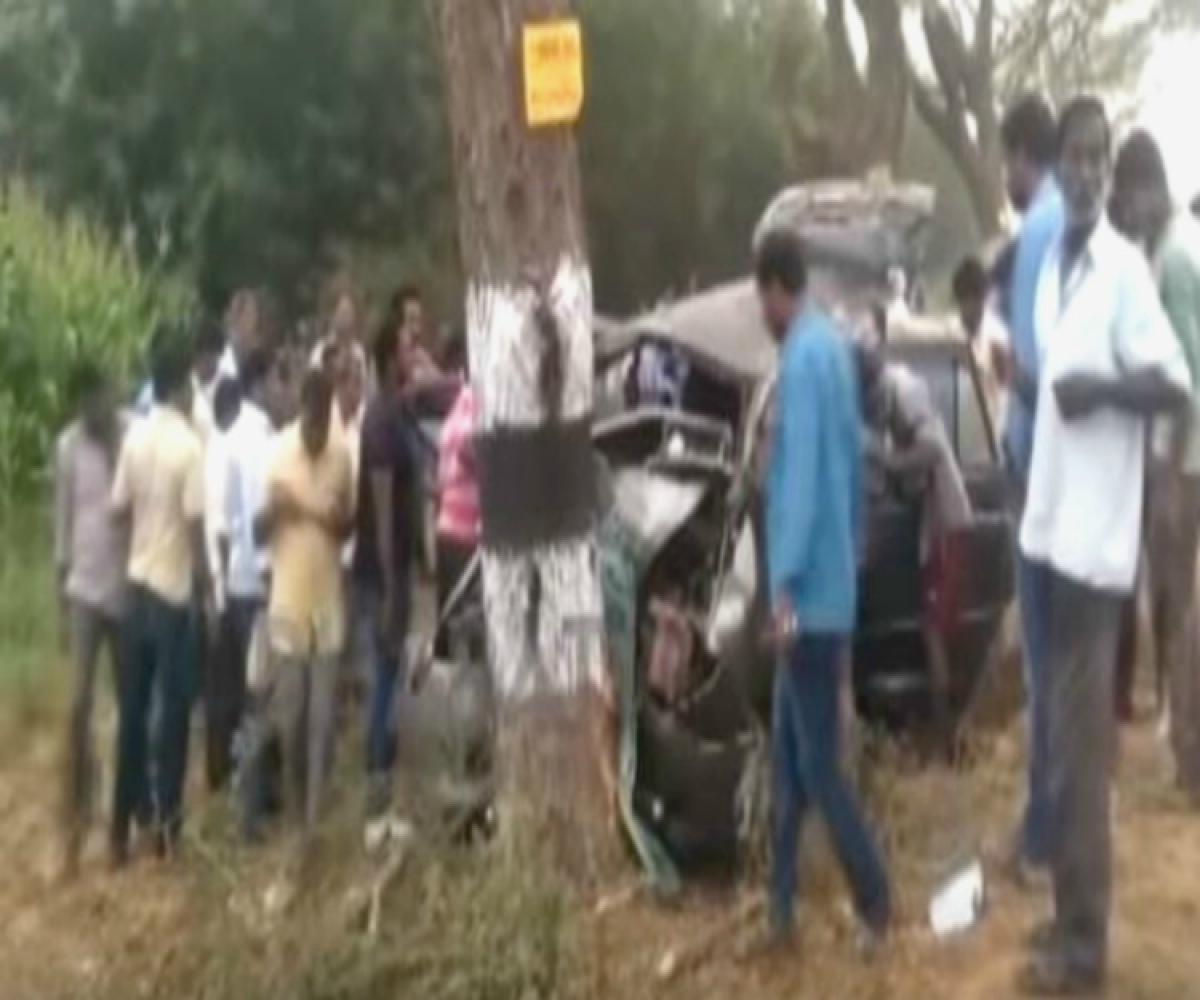 Screenshot
In an appalling incident, road accident has claimed five including bride groom at Konijerla of Khammam district in Telangana on Friday early hours as the Innnova car they are travelling met with accident/ rammed a roadside tree.

According to police the accident took place on Friday morning around 5 as they’re heading to bridegroom home town.

Police have identified five dead as the bridegroom Achi Ramakrishna Prasad (38), and his sisters Sree Devi , Padma,  and brother in-law Sheshachalapati and the driver Venu.

Speaking to TNM Konijerla SI Suresh Vadlakonda said ” while this five including bridegroom Achi Ramakrishna have died on spot , the remaining injured were being treated at Khmmam area hospital.”

Four of the deceased are from same family.

He added “four including bride Ammaji Durgamma and three children were got injuries and are out of danger , while another brother in law of bridegroom is critical”

When asked about the reason for accident SI said “we are probing yet , but our primary observation suggests incident occurred as driver lost control of the vehicle due to drowsy/sleepyness, there are no signs of using breaks before car rammed the tree”.

A case has been registered related the incident under sections of IPC 304 ,337.

Earlier this year in January in a  horrific truck -bus collision five people were killed and eight were injured. At that time also four are from same family