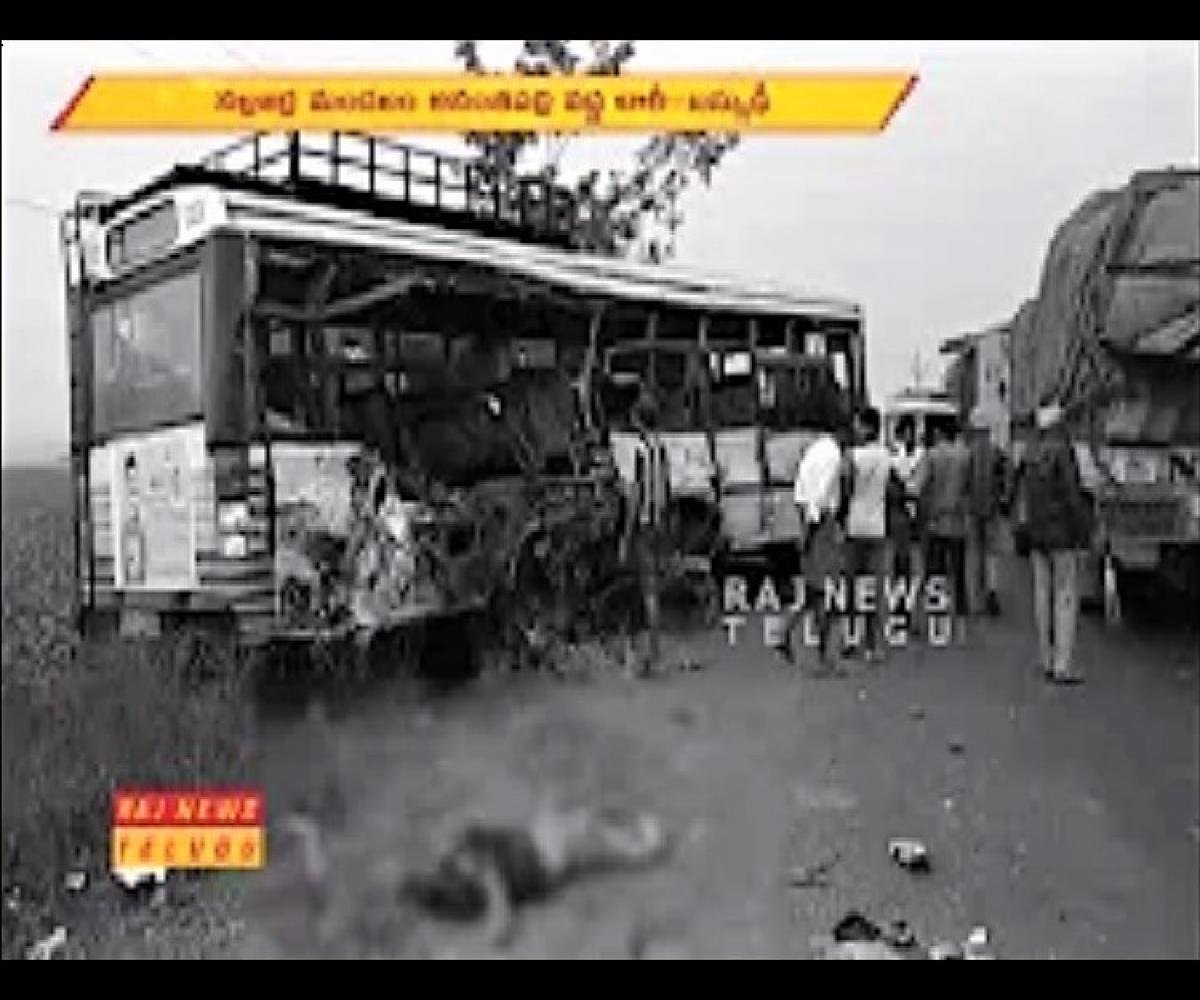 Image: Screenshot/Raj News
Five persons were killed and eight others injured in a truck-bus collision in West Godavari district of Andhra Pradesh early on Friday.
The truck hit the Andhra Pradesh State Road Transport Corporation (APSRTC) bus near Anantapalli in Nallajarla ‘mandala’ (block).
Four of the deceased were from the same family. The bus was on its way from Rajamahendravaram to Eluru.
The dead have been identified as P Savitramma (60), G Lakshmi (50), K Jyoti (37), K Akhila Satya (12) and K Shiva Sai (14). The injured were shifted to hospitals nearby.
Police suspect that the truck may have been coming from a quarry nearby, and was speeding. The issue also highlighted the fact that the area is accident-prone and has been witnessing several road accidents in the recent past.
Just earlier this week, a speeding lorry hit a car at Anantapalli, which resulted in the death of two people.
Earlier in the month, traffic came to a standstill on the National Highway, after a lorry overturned at a bridge across the Yerrakalva rivulet near Anantapalli village.
The latest accident also comes a day after three people were killed and 10 others were left in a critical condition after an overspeeding private Volvo bus hit a lorry near Maddurupadu of Nellore District in in the early hours of Thursday.
According to reporters, the driver of the Volvo was drowsy, and lost control of the speeding bus, which was heading from Vizag to Bengaluru. Around 50 passengers were on board the bus.
Speaking to local media, passengers who escaped unhurt said, “It was completely the driver’s fault. He was drowsy and over speeding. Several people warned him before we met with the accident to drive properly, but he refused to listen.”
Soon after accident, the driver of the bus fled the scene, fearing consequences.

You can disagree without mocking a fellow citizen’s dignity: President Kovind