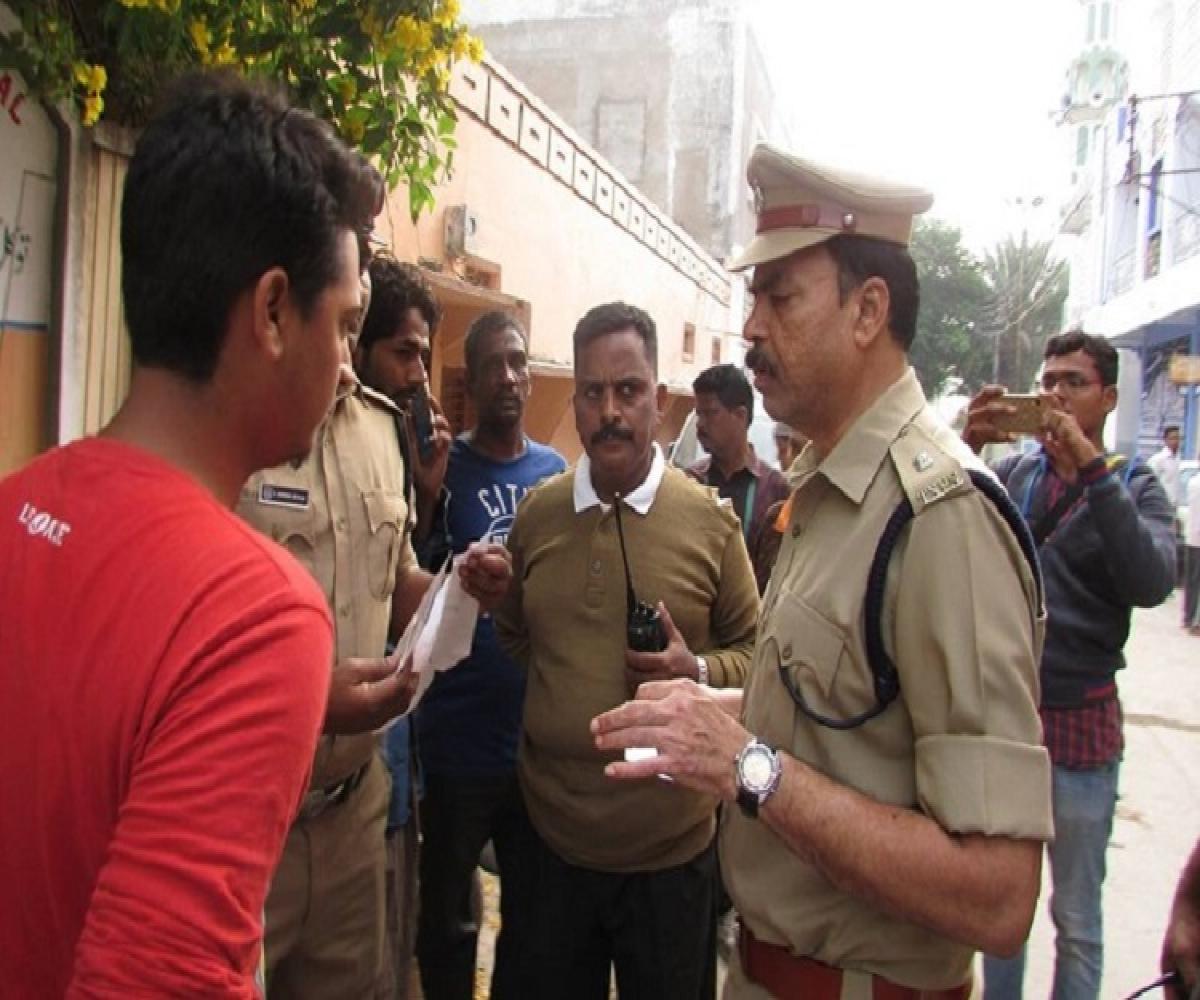 fFile photo
Mohtasim Billa from the Saidabad area in the old city part of Hyderabad is a relieved man – the police have not knocked on his door yet. Since Thursday, the Telangana police have embarked on an ambitious exercise to geo-tag every ‘criminal’ in the state. This entails identifying each repeat offender, taking his/her fingerprint and photograph and geo-tagging his/her location.
Billa is standing trial in five cases that include stone pelting, distributing CDs containing speeches of Jaish-e-Mohammed (JeM) chief Maulana Masood Azhar, plotting to kill a local BJP leader and even waging war against the state. Last month, the 30-year-old was acquitted in a 2004 case of stone pelting.
“The police came to homes of 2-3 youths in the neighbourhood who were similarly accused of stone pelting, to geo tag their locations,” says Mohtasim. Perhaps the fact that he was let off in a case, made the police refrain from labelling him a ‘criminal’.
This comprehensive survey, referred to in Telugu as ‘Sakala Nerasthula Samagra Survey’ is to enumerate criminals in Telangana who have a record of breaking the law in the last ten years. According to an estimate, there are roughly 2.18 lakh criminals in the state, 40,000 of them in Hyderabad.
The police believe geo-tagging a criminal’s home or area of operation will help to track him/her more efficiently and enable them to access information in real-time. The aim is to prepare a 360-degree profile of repeat offenders and then upload the entire criminal database onto the crime data analytics unit of the police mobile app, TSCOP. This, the Telangana police believe, will instil a sense of certainty in catching a criminal at the earliest.
“I am not sure about the criminals who will find ways of hoodwinking the police. But what it will do is to create a sense of fear among uneducated habitual offenders,” says Amjedullah Khan of MBT, a political party that focuses on issues relating to the Muslim community.
As part of the exercise in which practically the entire police brass is involved, DCP (South) V Satyanarayana is introducing the Hyderabad commissioner VV Srinivasa Rao to some of the criminals who have been summoned. “Sir, this man committed two murders, just like that,” points Satyanarayana. He turns to the burly man and says, “Ab nahi karna” (Don’t do it again in Hindi).
But civil liberties activists do not find it funny. The criticism is that the police are branding a man for life, keeping him under constant surveillance and making him the first suspect whenever a crime occurs.
“Using the bogey of terror and national security, we have allowed too much unauthorised policing. Give an inch and a yard has been grabbed. It is violation of human rights,” points out L Ravichander, human rights activist.
The police do not agree.
“There are as many as 900 nonbailable warrants pending in my zone for years. There are some 2000 cases that are pending investigation,” says Satyanarayana. He says the survey is essentially a case of “aggressive updating” which will provide a ready database of people who are involved in cases of land grabbing, murder, cheating, sorcery, food adulteration.
In Satyanarayana’s old city area, several brokers who act as pimps for Arab Sheikhs scouting for minor girls to conduct temporary marriages have also come under the radar.
Those batting for the survey have a point. Because by the same yardstick, preparing a registry of sex offenders too would be deemed wrong.
The data with every offender’s fingerprints is also being linked to the State and National Crime Records Bureau to help in faster tracing of a suspect in case he is no longer in Telangana’s geographical area. Currently, this exercise is running into problems as 30% of the suspected criminals are believed to be outside Telangana now.
The exercise has had tragic consequences as well. Vemula Prasad in Nalgonda district committed suicide on Friday by jumping in front of a train after he allegedly felt humiliated by the police’s move to register his name in the database of offenders. The New Indian Express reports that a case had been registered against the 22-year-old for stealing electrical wires of pump sets in agricultural fields.
The Congress points out that geo-tagging the residence will make all family members live constantly under the eye of the police. “Are the family members and whoever visits them also responsible for one individual’s crime? Do their children have to live under surveillance? Instead of counselling, you are creating a situation where the criminal legacy will continue,” says M Krishank of the Congress party.
In the iconic scene from Deewar, Amitabh Bachchan’s character of a smuggler berates his policeman brother played by Shashi Kapoor and asks him to first nab the man who tattooed on his arm saying his father is a thief. Four decades later, some would argue, the same script is playing out again.
Show More
Share
Facebook Twitter LinkedIn Pinterest Reddit WhatsApp Telegram Share via Email Print

From weaver to engineer: Meet the Telangana man whose invention won him a Padma Shri