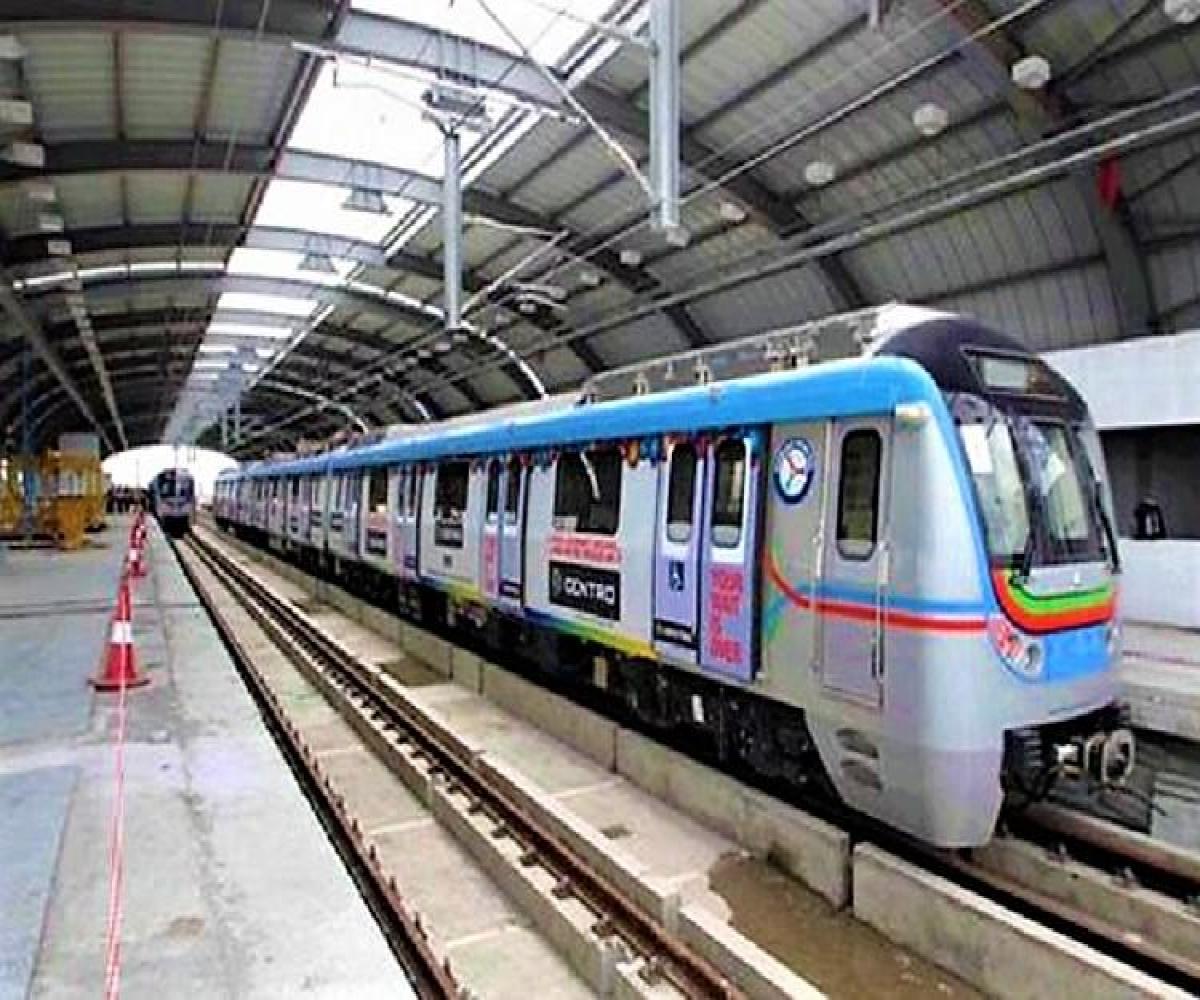 In some great news for New Year’s Eve revellers, the Hyderabad Metro Rail (HMR) has announced that it is extending its service on January 1 till 2.30 am instead of the regular time of 10 pm.
HMR said that the last train will leave from Nagole and Miyapur stations at 2.30 am.
Meanwhile, the metro, which completed one month of its service after it was inaugurated on November 28, has registered an overwhelming response from the city’s residents. The HMR authorities revealed that a total of 32.25 lakh passengers boarded the train since its commencement.
Elated with the news, Minister of IT KT Rama Rao took to Twitter to express his happiness over the response to the metro from the public, although he slightly exaggerated the figure.

Exactly a month after inauguration, Hyderabad Metro carries 34 lakh passengers; approximately 1.13 lakh passengers per day making it one of the most successful metro launches in India pic.twitter.com/QCmEBH8iMV
— KTR (@KTRTRS) December 29, 2017

Only demolitions, no construction under Jagan’s rule: Naidu

A vote for good governance, says YSRCP on Atmakur win

Largest technology startup incubator all set for opening in Hyderabad