New Delhi, Oct 19 (IANS) Islam is not confined to ritualistic ‘prayers’ and an appearance. A scientific study will unveil what is elaborated in the Quran and what is binding on all those who claim to be Muslims; to absorb this and put it into practice is what makes us good human beings, says noted educationist and science communicator Mohammad Aslam Parvaiz in a new book that aims at understanding the religion in a new light.

“There is the blind belief among a majority of the Muslims that Islam is all about praying in mosques, fasting, giving 2.5 per cent of their earnings to charity for needy, called Zakat, and if one can afford it, a pilgrimage to Makkah. In contrast to this ‘ritualism’, the Quran gives so many binding instructions which are human-centric and teach its followers to be respectful and nice to all,” Parvaiz told IANS in an interview of his book, “The Scientific Muslim – Understanding Islam in a New Light” (Konark).

“These commands are as binding as five-time prayers and so on, but are not followed because people don’t understand the Quran and ‘religious scholars’ rarely take them up as they have so many ‘other’ things to discuss in their sermons. The holistic message of Islam is much more than ritualism,” Parvaiz, who has a doctorate in plant physiology from the AMU and is a former Vice Chancellor of the Maulana Azad National Urdu University, Hyderabad, said.

For instance, of the 6,000-plus verses in the Quran, more than 700 exhort the people to study natural phenomena, to act on reason, to observe things carefully, and reflect on the whole scheme of things.

“Yet, there is no single platform which is shared by those who memorise the Quran, religious preachers and leaders to instruct and guide the community in this noble direction,” the author said.

In the initial phase, he pointed out, people stuck to the Quran and as per it’s directives, strove to learn new things, learnt different languages, translated books into Arabic, established libraries and institutions like Sankore University (circa 1100) in Timbuktu, Mali, and the University of al-Qarawiyyin, established by a rich woman in Faiz, Morocco in 859, being just two examples.

“Later, for many reasons, including political, and emergence of clergy and their infighting for supremacy of their ‘understanding and practice of Islam’, people got divided along their followings of these clerics and focussed on the literature generated by them.

“The Quran got shelved and people followed what their clerics told them. They divided the education system into religious and worldly, religious seminaries flourished and ‘devout’ Muslims preferred them over contemporary education,” Parvaiz explained.

Regretfully, “of so many mandatory instructions of Quran, that included nature exploration, discoveries, scientific attitude, use of reasoning and logic in every issue, peaceful coexistence, service to humanity and respect to all people, their faith and gods, clergy opted to focus on what they defined as ‘prayers’ and to learn this system they created madrasas and to ‘offer’ prayers, they built mosques”, Parvaiz said.

Thus did this book come about in an attempt to clear these misconceptions.

Like any child born to a Muslim family, the author said, he was introduced to the Arabic Quran and was taught to identify the alphabets, how to join them and how to pronounce them.

“So, I learnt to ‘read’ the Quran but without understanding its message. I was taught how to offer ‘prayer’ (Namaz) and when old enough, how to keep the fast (a better word to describe is ‘abstainment’)”, but his questioning mind, as he grew up, “had many questions related to various rituals and practices, but nobody could give a satisfying and logical answer”, Parvaiz said.

At a later stage he decided to understand the Quran better and picked a translation which, language-wise, appeared better to him. He had studied Arabic for three years during his schooling and had an idea about the language.

“I realised that translations many times do not do justice with the spirit and the text” and decided to delve even further to make the original more understandable and relevant.

For instance, in Arabic, the meaning of a word is based on its roots. “I started analysing root words to get the full meaning of a word. For example, there is a word ‘fasad’ which is translated as quarrel. But if we see the root words (F-S-D), we find it to contain much wider meanings of imbalance, inequality, corruption, injustice.

“This way, we can say that where God asks human beings not to spread ‘fasad’ on earth, God is asking us not to pollute (as it is a result of imbalance in atmospheric gases), not cause inequalities and not to be corrupt.

“This is a scientific understanding of the Quran as I am not blindly accepting what others have commented. Their commentaries were according to the knowledge available at that time and as they could understand and relate it with the Divine message,” Parvaiz added.

Thus, “to tell the reality of Islam and the difference between ‘prayer or worship’ as devised by clergy and the concept of ‘submission’ to all divine commands, one must be motivated to read the Quran with understanding, in her/his own language and follow it to become a good human being”, he said.

It is to further this scientific concept that he has penned five books and written more than 350 articles. He is also the founder and editor of “Urdu Science” India’s first and only popular science and environment monthly magazine in Urdu.

“The Scientific Muslim”, says former Indian Vice President Mohammad Hamid Ansari, establishes “an intrinsic linkage between its seemingly disparate themes, between the Quran and Muslims on the one hand and science on the other”.

“The first pertains to a grouping of human beings and a set of principles and practices that they voluntarily accept and follow, and the other to faculties that humans qua humans have acquired over time and space and their use for beneficial and less beneficial purposes. The two converge but do not contradict and the challenge for the first has always been for it to avail of the benefits of the second; yet, the record often shows that inadequate comprehension of the principles themselves hampered this beneficial exercise,” Ansari says in his Message at the beginning of the book 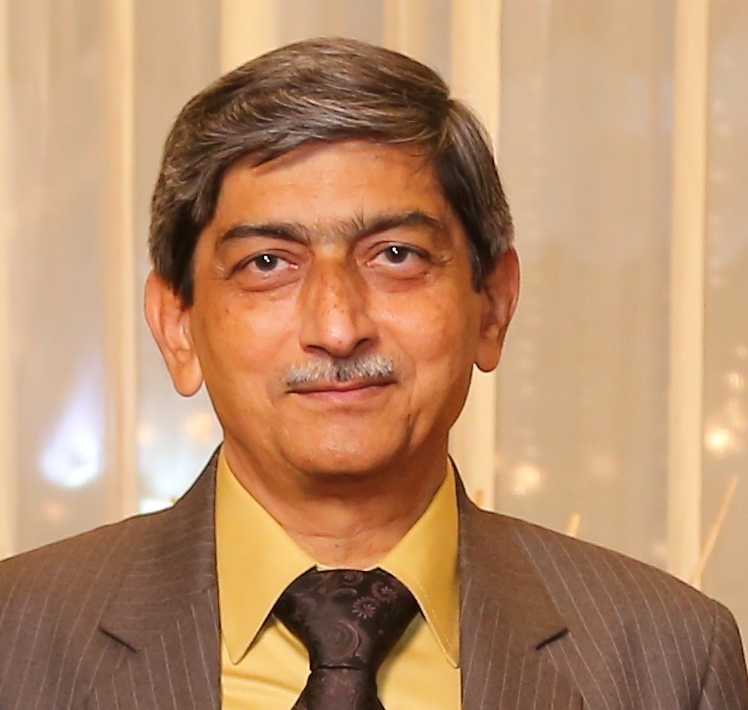 Centre has a tendency to use agencies as political weapons: Rahul

SII to seek emergency use authorisation for Covid vaccine in 2 weeks: Poonawalla