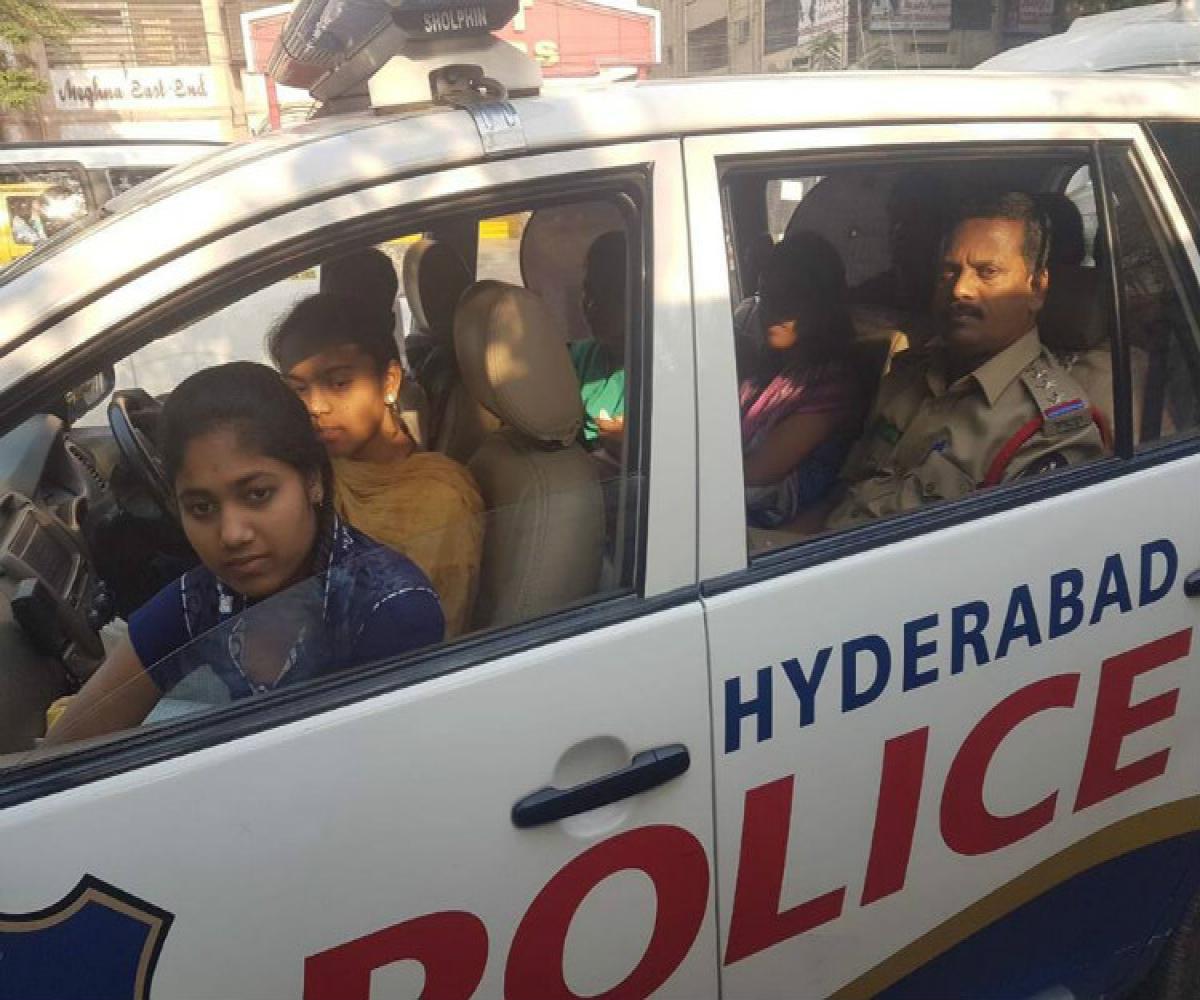 It was Murphy’s law in action for the students of the Mahendra Hills Junior College in Telangana. The intermediate students, who were on an RTC bus to reach their exam centre, were stranded near East Marredpally checkpost as the bus suddenly broke down. As the girls got increasingly anxious about missing their exams, their warden who was with them managed to find autorickshaws to send them to the centre in batches. But eight students were still waiting, and had broken down, worried about their future.
That’s when a police officer – Marredpally Inspector A Srinivas – decided to not just be a mute bystander, and stepped in as a good Samaritan. The officer decided to use the police car to drop the students at the exam centre, to ensure they did not miss it. And now, a photo of the inspector and the students inside the car has gone viral, getting him some well-deserved appreciation from hundreds of people.
“I was on routine bandobast duty when I saw the students crying, and their warden hiring autos. The warden managed to send most of the students in auto, but eight students were still remaining. So I offered a ride in our vehicle,” Srinivas tells TNM.
Ever since the photo was shared on social media by the Hyderabad police, Srinivas’ phone has been buzzing with appreciative messages from his higher officials, and calls from media persons.
“I didn’t imagine that the photo would go viral and I will be appreciated so much,” a humble Srinivas says.
He adds, “It is a government vehicle, not mine, and all I was doing was serving the public – which is our duty. But the appreciation from several people is just overwhelming, I never expected this.”
“I felt happy that I could help those students, who probably would have missed their exams, which they must have prepared for. I really felt happy when the students thanked me,” Srinivas says.
The stranded teens were Intermediate students, and their junior college belongs to the Telangana Social Welfare Residential Educational Institutions Society (TSWREIS), which runs 268 residential educational institutions for Dalit and Adivasi students. The intermediate exams started in Telangana on Wednesday, and the students were on their way for their second language exam.
Appreciating the efforts of the police officer, IPS officer RS Praveen Kumar, who is also the secretary of (TSWREIS) showered praises on Srinivas through Facebook.
“Today the Marredpally Police of Hyderabad City saved the careers of many swaeroes of Mahendra Hills Jr College. When the bus carrying these girls broke down, the inspector Mr Srinivas immediately arranged alternate transport including using his own patrol van to help the girls reach exam centre well in time,” Praveen Kumar said.

40 years of Chandrababu Naidu: Parallels between the politician and his party