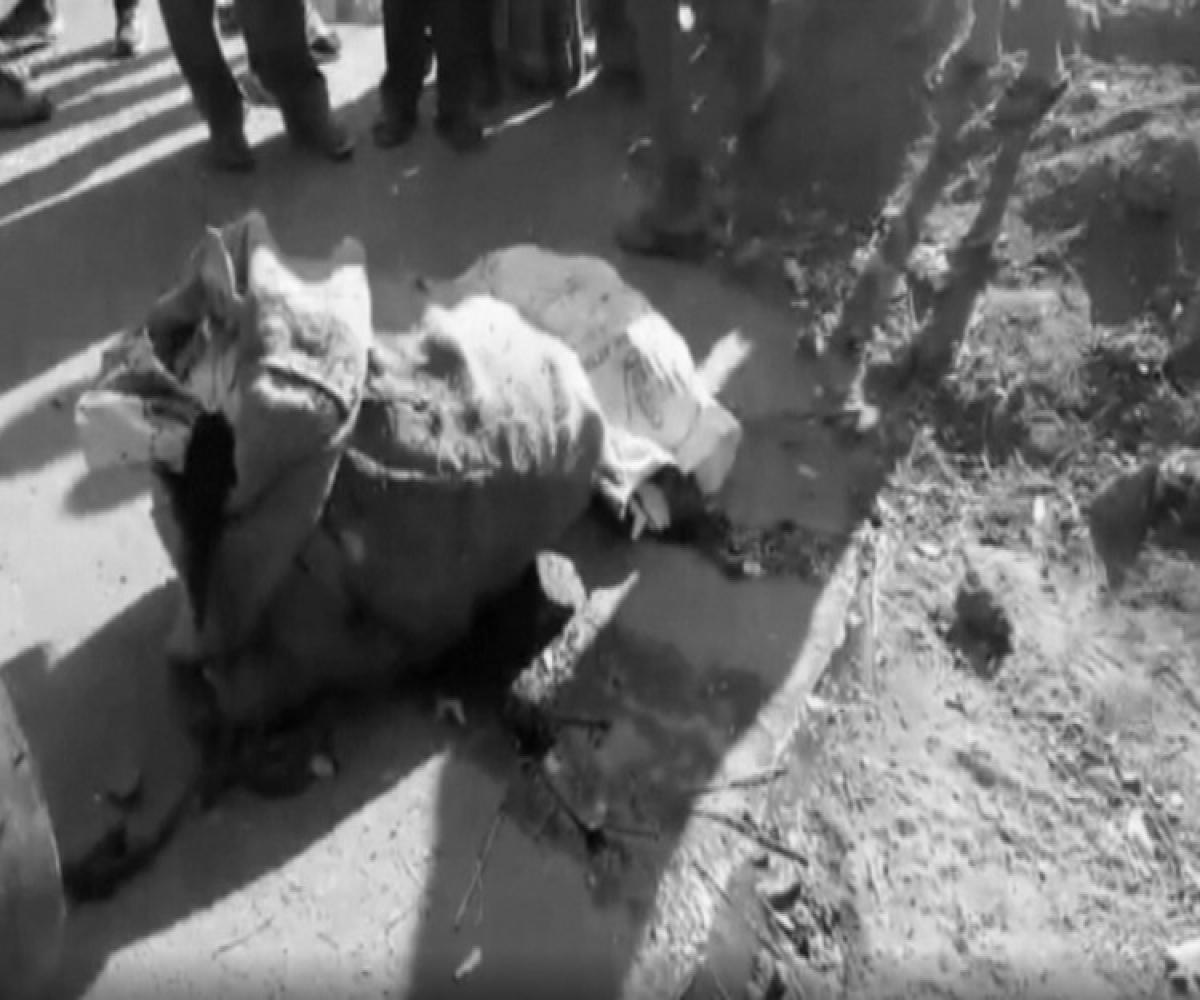 Screenshot
The body of a woman, chopped into several pieces and dumped into a sack, was found near the road at Hyderabad’s Kondapur area on Tuesday morning.
The body was found at Sri Ram Nagar in Kondapur, which is situated close to the city’s IT hub.
Passersby, who noticed the bloody bag to their horror, notified the police.
Gachibowli Inspector M Gangadhar reached the spot and recovered the body, and collected forensic evidence from the scene. Speaking to TNM, he said that the body was yet to be identified.
“We are in the process of investigating the incident, and a case will be registered soon,” he said.
The police are also looking at CCTV footage to ascertain if any vehicle passed the area in the night, and may have dumped the bag at the spot.
The body has been taken to Osmania General Hospital for an autopsy.
The incident has left locals in trauma, as the area is situated close to Botanical Gardens in Kondapur.
Further details are awaited.
Read: Ground report: Hyderabad woman’s chopped body leaves residents in shock
Shockingly, this comes a day after residents of Bottuguda in Nalgonda district in Telangana, woke up to a spine-chilling murder on Monday – the severed head of a man was found on the compound wall of a dargah.
Hours later, the body was found several kilometres away in Madina Colony BTS, in an isolated spot.
The deceased was identified as Palakuri Ramesh, a tractor driver from the neighbouring Kanagal mandal. He was reportedly missing since Sunday evening.
Based on the evidence found and the crime scene, police believe that Ramesh and his murderer had drinks together at the spot where his body was found, following which he was murdered and decapitated.

6 things to know about Shubman Gill, the rising star of Indian cricket

KTR takes a jibe at PM over ‘Acche Din’