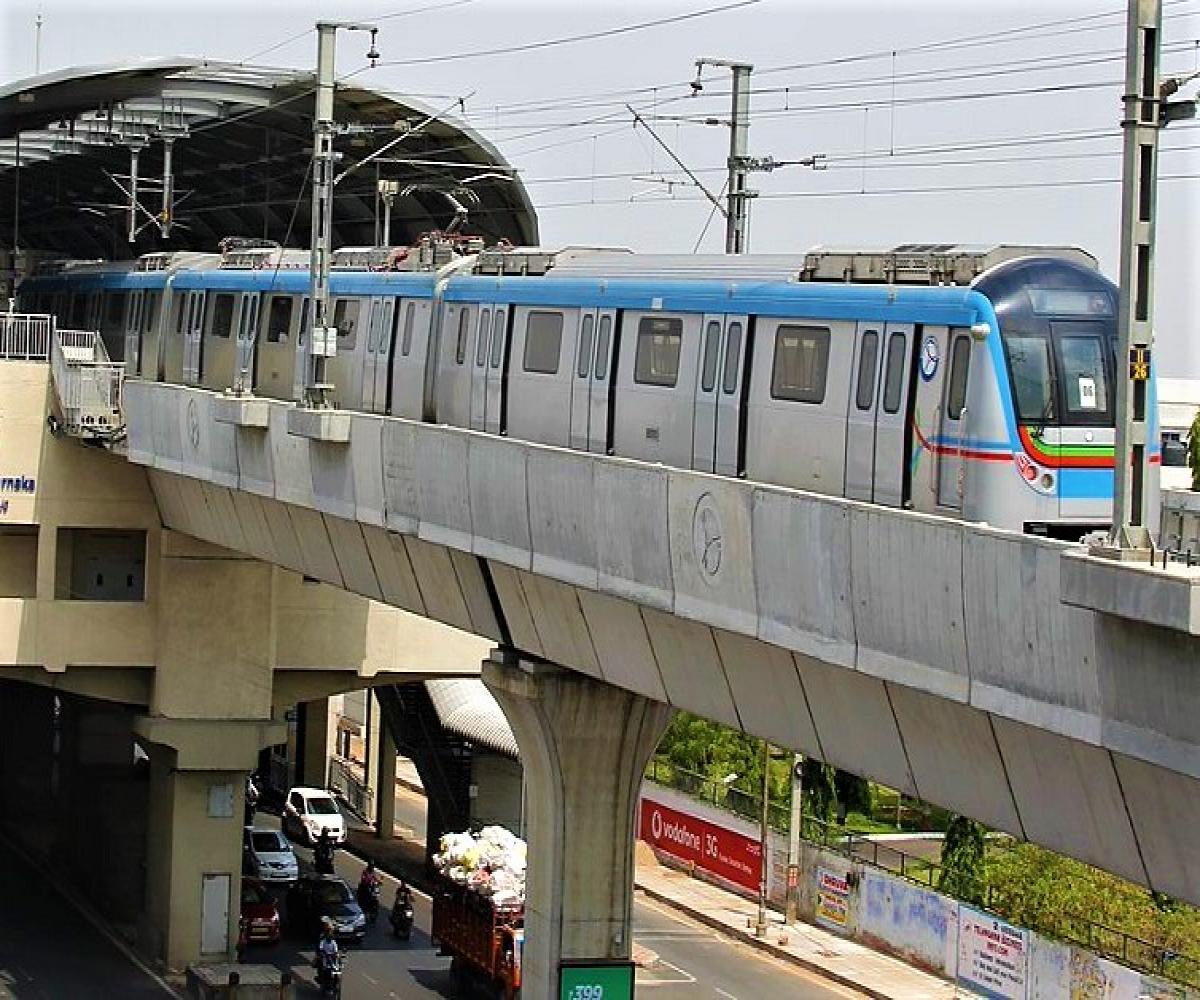 Image for representation
Two people were made to de-board a train of the Hyderabad Metro Rail after entering into an alleged brawl over a seat on Wednesday.
The SR Nagar police arrested one person after he allegedly assaulted a journalist on board the moving train.
The journalist was identified as 55-year-old JBS Umanadh, a Special Correspondent for Deccan Herald, while the accused was identified as 33-year-old Maruthi Krishna.
According to the police, Umanadh was on his way to Miyapur, when Maruthi, a marketing manager, approached him.
“After the train started moving, Maruthi asked Umanadh to move to another seat in a rude manner, to which the latter refused. An argument ensued and Maruthi slapped him and punched him in the face resulting in an injury,” police were quoted as saying.
According to reports, Maruthi had come with his family, and Umanadh was sitting in the centre of a vacant seat.
“I could not understand why he was asking me to shift and that’s why I didn’t move from my seat. There were two vacant seats on either side. I was not aware that he was with his family. But he continued with his tirade which made me angry and I too abused him,” Umanadh told a media outlet later.
While there are no security personnel in the train, each compartment is monitored via CCTV cameras from a centralised office in Uppal.
As soon as the train reached SR Nagar, security officials from the station walked in and asked both passengers to disembark the vehicle, before taking them to the police station.
Based on a complaint, the SR Nagar police arrested Maruthi but let him off under station bail.
In December last year, in what was likely the first arrest on board the Hyderabad Metro Rail, a 65-year-old man was held for allegedly clicking photographs of women without their knowledge.
Personnel from the SHE Team nabbed the accused, identified as N Narasimha, a retired employee of the education department.
The police said that Narasimha was travelling between the metro stations of Uppal and Nagole, and used his mobile phone to click pictures.
He was handed over to the Uppal police for further investigation.