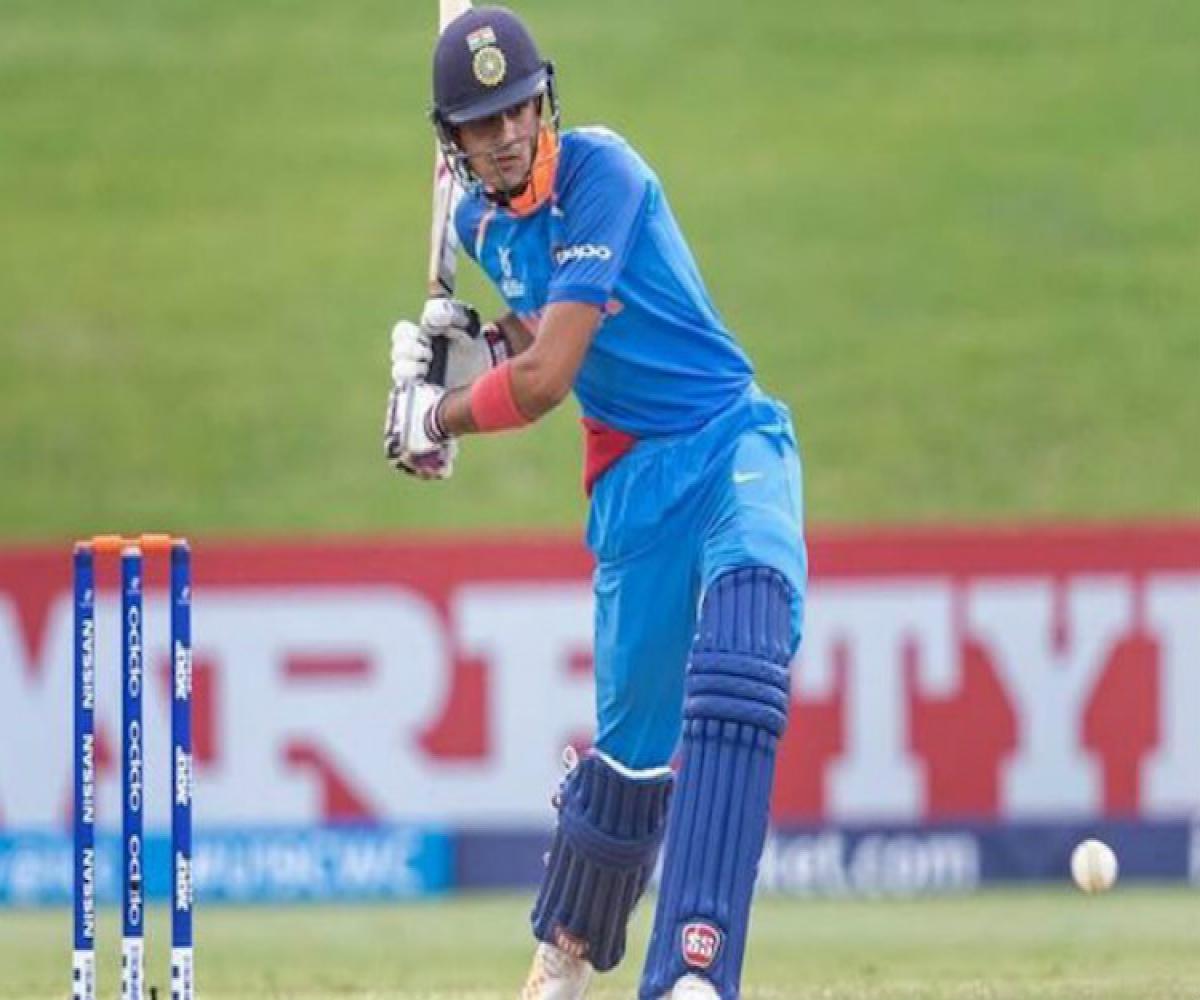 Twitter / CJ Santosh Kumar
India stormed into the final of the U-19 World Cup after trouncing arch-rivals Pakistan by 203 runs at Christchurch in New Zealand.
In the semi-final match at the Hagley Oval on Tuesday, India won the toss and batted first.
India racked up 272 runs in the allotted 50 overs with Shubman Gill top scoring with a brilliant unbeaten 102.
This was followed by an all-round performance on the field as they bundled out the opposition for a mere 69 runs.
India will now will be playing in their sixth World Cup final, in this format.
Ishan Porel was the wrecker-in-chief as he picked up 4 wickets for 17 runs.
Shiva Singh and Riyan Parag chipped in with 2 wickets each.
Pakistan put up a dismal batting performance, with Rohail Nazir the only batsman to offer some resistance with 18 runs.
For his stupendous batting performance, Shubman who became India’s first centurion of this World Cup, was declared the man of the match.
Earlier after opting to bat first, captain Prithvi Shaw and Manjot Kalra built a solid platform for India as they combined for an opening partnership of 89 runs, before the former was run out for 41.
Soon after, Manjot was dismissed for 47.
However, Shubman made sure that India got to a competitive total and batted till the end of the innings along with the lower order.
For Shubman, this was his fourth consecutive half-century in the tournament.
India will next take on Australia in the summit clash on Saturday.
Show More
Share
Facebook Twitter LinkedIn Pinterest Reddit WhatsApp Telegram Share via Email Print