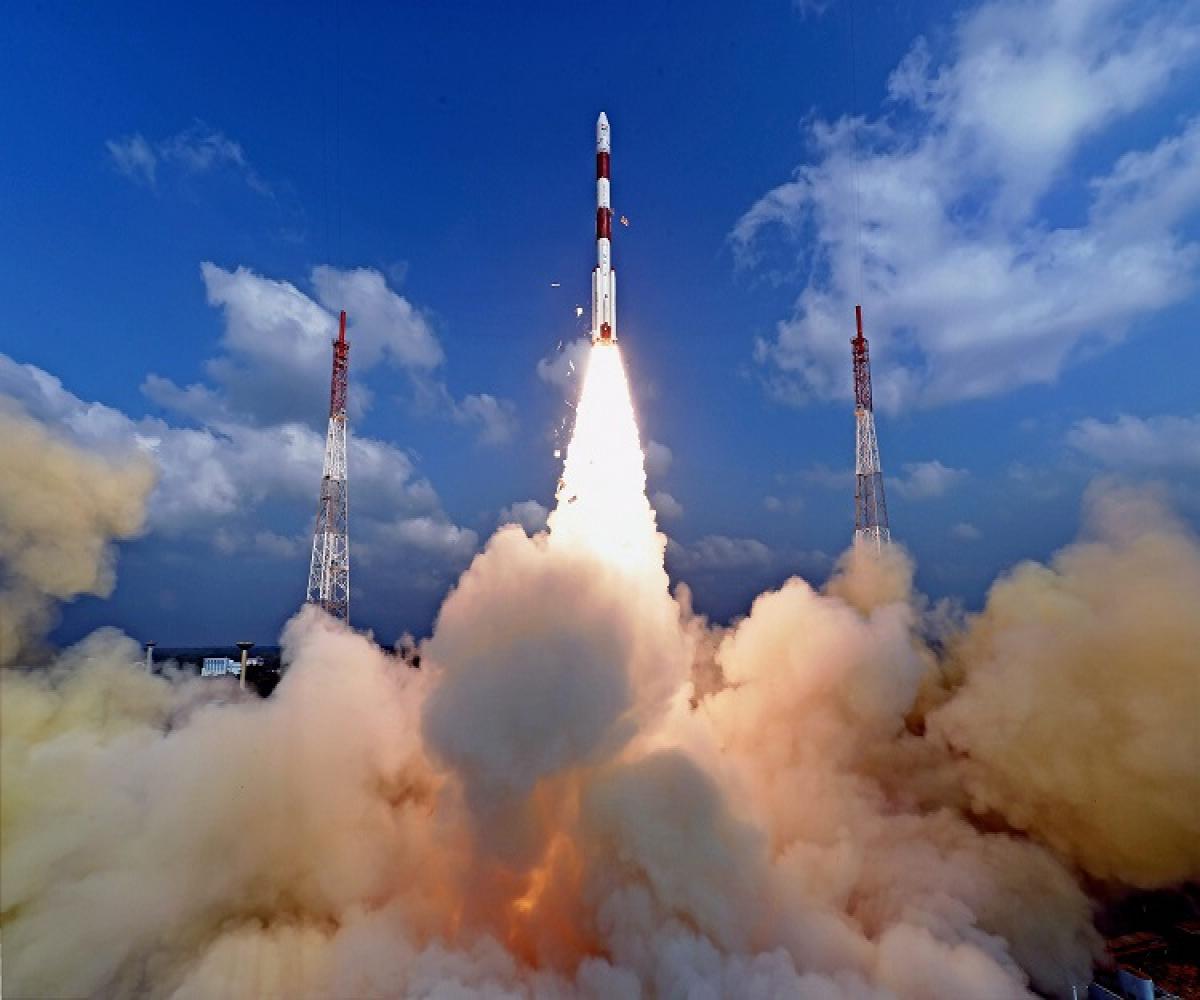 Fakir Balaji
India will launch 31 satellites, including the earth observation spacecraft Cartosat on January 10, from its spaceport at Sriharikota in Andhra Pradesh, an official said on Saturday.
“We have tentatively scheduled the rocket launch at 9.30 a.m. to carry Cartosat and other satellites, including 28 from the US and five other countries in a single mission,” Indian Space Research Organisation (ISRO) Director Devi Prasad Karnik told IANS in Bengaluru.
The first space mission in 2018 onboard the Polar Satellite Launch Vehicle (PSLV-C40) comes four months after a similar rocket failed to deliver the country’s eighth navigation satellite in the earth’s lower orbit on August 31.
“The sixth Cartosat in the second series and other satellites are integrated with the rocket at the spaceport. The mission launch board will decide the rocket’s lift-off time for the reverse countdown two days ahead,” said Karnik.
The mission’s payload will also include one each nano and micro satellite from India, besides Cartosat-2.
As an observational satellite, Cartosat will beam high-quality images for cartographic, urban and rural applications, coastal land use and regulation and utility management like road network monitoring.
The previous two satellites in the Cartosat-2 series were launched on June 23 and February 15, from the spaceport on the east coast, about 90km up Chennai.
As a follow-on mission, Cartosat will also relay high resolution scene specific spot imageries with data from its panchromatic and multi-spectral cameras operating in time delay integration mode.
The space scientists are taking special measures to ensure the 44.4 metre rocket will sling the 720kg Cartosat and other satellites one-after-one into their intended orbits.
“The August 31 mission suffered a setback when the 320-tonne workhorse launcher (PSLV-C39) did not separate the heat shield to deliver the spare satellite in the Indian Remote Navigation Satellite Series (IRNSS-H) from its cone-shaped top-end,” recalled another official.
To make up for the lost time when launches were held up for four months pending inquiry into the August 31 mission failure, the space agency plans to have at least one launch a month in 2018.
“We have lined up five-six launches in the first half of next year, including two for deploying GSAT-6A and GSAT-29 advanced communication satellites in the geo-synchronous orbit (36,000km above earth),” asserted the official.
The space agency will also launch its second lunar mission (Chandrayaan-2) to the moon, with an orbiter, lander and rover for the first time.
The 3,290 kg Chndrayaan-2 will orbit around the moon and study its lunar conditions to collect data on its topography, mineralogy, exosphere and the “presence” of water ice and hydroxyl.
On reaching the 100 km lunar orbit, the lander with the six-wheeled rover will separate from the spacecraft and descend slowly to soft land on the lunar surface at a designated spot.
“The rover will move around the landing site in semi-autonomous mode as per the ground commands while its instruments will observe the lunar surface and transmit the data for analysis of its soil,” added the official.
(Fakir Balaji can be contacted at fakir.b@ians.in)
Show More
Share
Facebook Twitter Google+ LinkedIn Pinterest Reddit WhatsApp Share via Email Print

Jordan welcomes 'a bigger role for New Delhi in the region', King scheduled to visit next year

No crisis can determine India’s future

Nadda prefers to portray Modi as hero amid corona outbreak

Australia on track in fight against COVID-19: PM