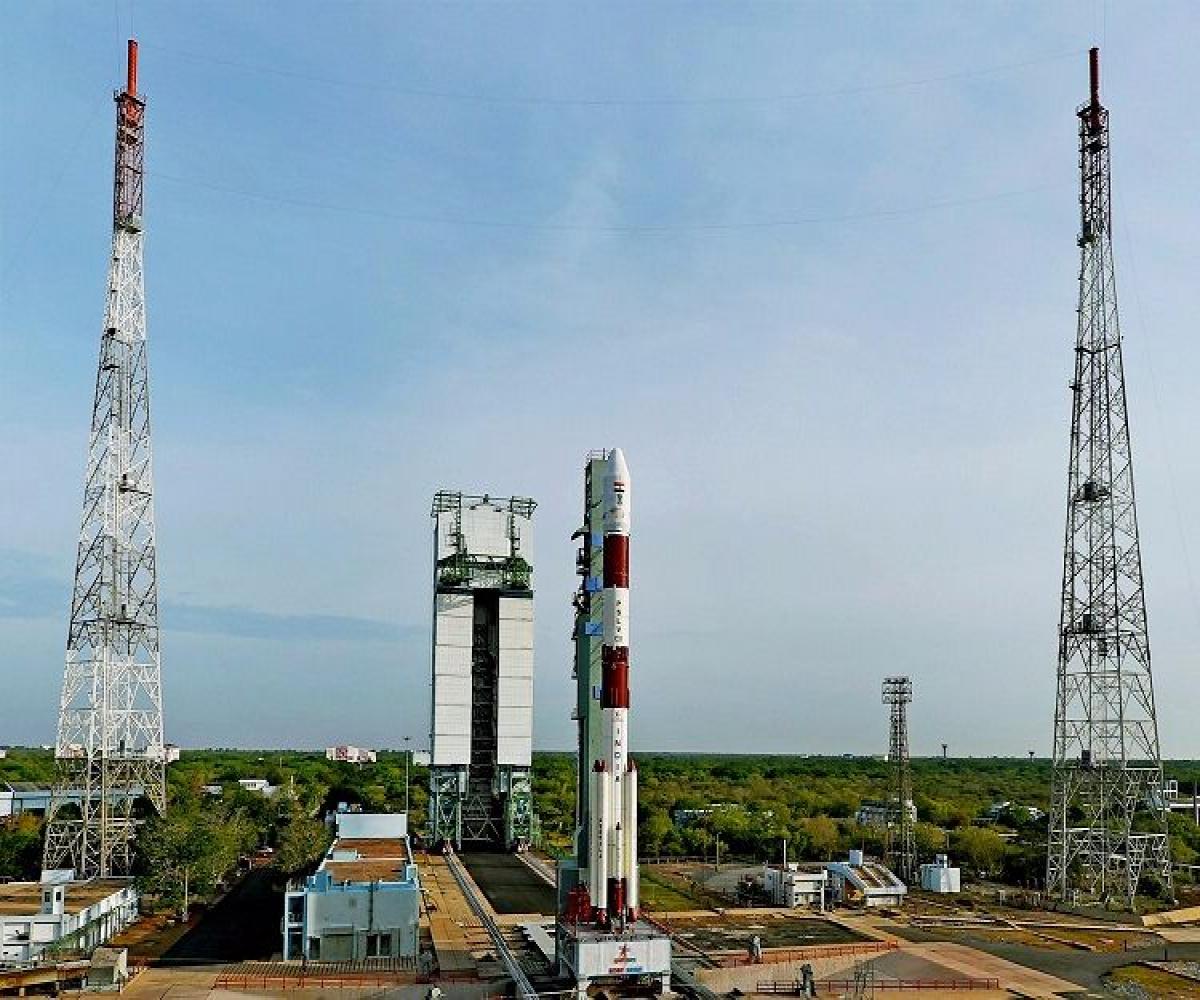 India would be launching its 100th satellite into the space on Friday along with 30 other satellites, including 28 from six other countries from its spaceport at Sriharikota in Andhra Pradesh, said a top space agency official on Tuesday.
“Of the three Indian spacecraft being launched on January 12, — the 100kg micro satellite will be the 100th that will be ejected out of the rocket last into the earth’s orbit,” Indian Space Research Organisation (ISRO) Satellite Centre Director M Annadurai told IANS in Bengaluru.
The other two Indian satellites are 710 kg Cartosat in 2 series for earth observation and a 5 kg nano satellite.
“With these three satellites, ISRO would have sent 100 satellites into the space. We are all eagerly waiting for that. It will be a maiden century,” said Annadurai, on the sidelines of a space expo in the city.
The Polar Satellite Launch Vehicle (PSLV) will also be ISRO’s 40th space mission.
The PSLV-C40 will on Friday at 9.28 am launch three micro satellites and 25 nano satellites belonging to Canada, Finland, France, South Korea, Britain and the US.
The total weight of all the 31 satellites that will be carried is about 1,323kg.
The first space mission in 2018 onboard the PSLV-C40 comes four months after a similar rocket failed to deliver the country’s eighth navigation satellite in the earth’s lower orbit on August 31.
“The PSLV had a very successful run upto its 39th mission (PSLV-C39), which was a setback as the heat shield failed to separate,” Annadurai said, adding that the ISRO was holding tests to ensure that the problem does not recur in this mission.
“We have studied in detail as to what could have gone wrong and are making sure it does not repeat. With PSLV-C40, we are back in the game,” he said.
As an observational satellite, Cartosat will beam high-quality images for cartographic, urban and rural applications, coastal land use and regulation and utility management like road network monitoring.
The space agency plans to have at least one launch a month in this year.
ISRO will also be launching its second lunar mission (Chandrayaan-2) to the moon, with an orbiter, lander and rover for the first time.
Show More
Share
Facebook Twitter LinkedIn Pinterest Reddit WhatsApp Telegram Share via Email Print

Pakistan: US allegation of religious freedom violations ‘has no merit’