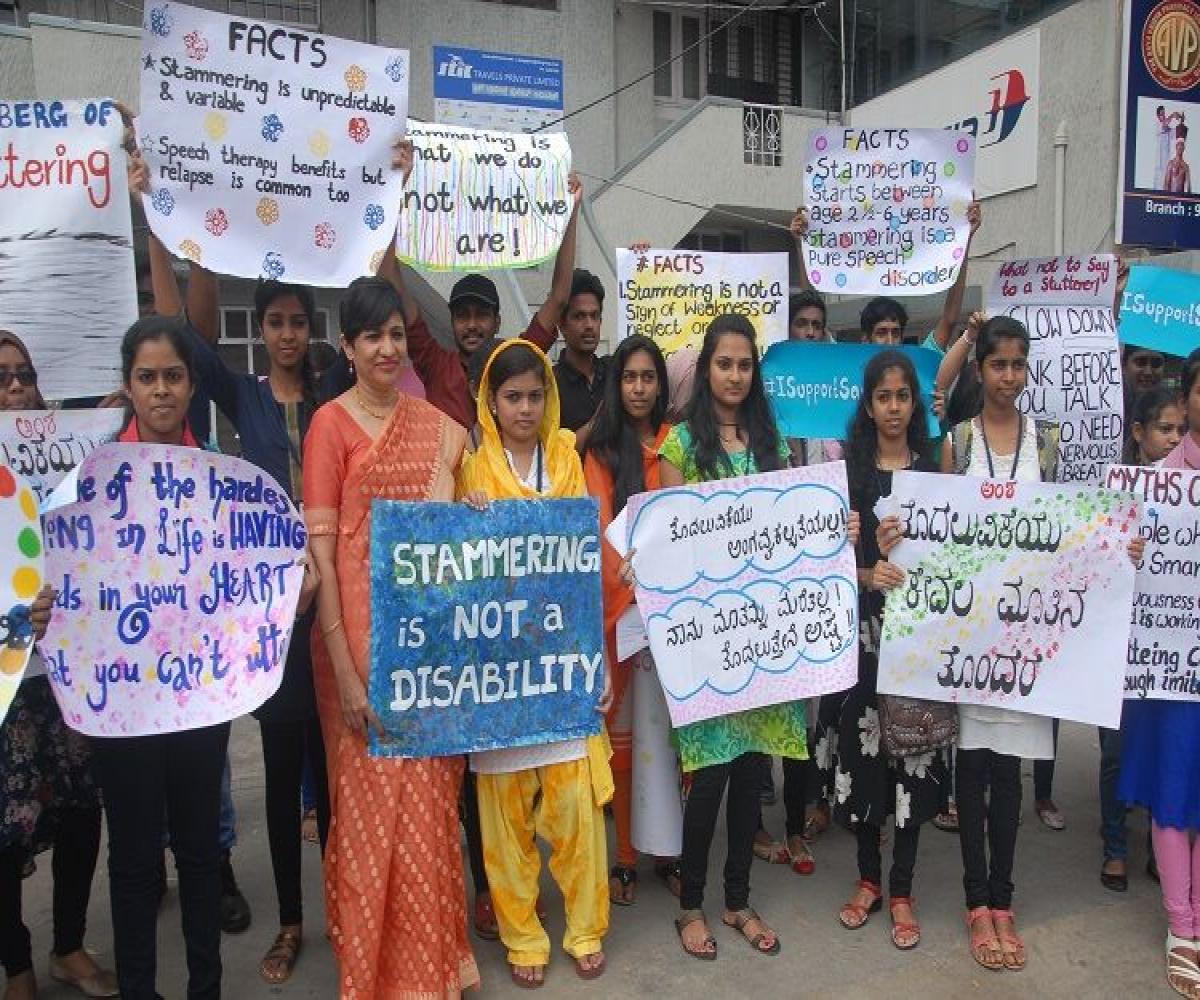 Somewhere at the start of Rakeysh Omprakash Mehra’s 2013 bio-drama Bhaag Milkha Bhaag, a commanding officer is seen taking the attendance of his platoon.
He calls out their names one by one and the cadets confirm their presence by saying “jee ustaad” (yes sir).

One particular cadet, Suresh Kumar, responds late and when he does, his high-pitched voice makes the entire platoon burst out laughing.
The commander rebukes him and asks why he decided to join the Army. When Suresh says he wants to fight wars, the Commander snidely says, “Will you fight wars or sing lullabies?”
This is just one of the many scenes that portray people with speech or voice disorders in a comical manner, in a bid to make people laugh, that Radhika Poovayya, a speech language pathologist, is fighting against.
The campaign
Radhika, also the founder of Bengaluru-based Samvaad Institute of Speech and Hearing, has been campaigning for some months now seeking directions from the government to ensure the sensitive portrayal of people with stammering or other speech disorders in cinema.
“Stammering is not a disability. It is just a speech disorder that afflicts about one per cent of the population. Like how some people have weak eye sight and wear glasses for the condition. But that is considered not funny. Let’s find other ways to humour ourselves,” says Radhika.

An online petition started by Samvaad describes how people who stammer are often stereotyped in films.
“Movies have a remarkable influence on our society. They influence public opinion, mould societal attitudes and can act as agents of change. It is imperative therefore that we portray stuttering in our movies with accuracy and sensitivity. Even when a character with a stammer is not significant to the storyline, movies use them to elicit some cheap laughter. Movies need to break away from this stereotype of portraying people with stuttering in a poor light,” it states.
Why it is needed
Individuals who stammer feel that while humour in movies is okay, it should not be done at the expense of someone’s condition.
“I am not against freedom of expression. I feel that whatever is done in movies should be done naturally, as opposed to artificial exaggeration. It should not be there merely to make people laugh,” says Tarak Goradia, a Bengaluru-based techie, who has a stammer.

With its reach and power, films have the ability to make or break perceptions. As a child, Tarunidhar Reddy remembers watching a film which had comedian and actor Brahmanandam play a character who stammered. The film was a hit and so was the character. But it was only years later that he understood why it was problematic.
“When you see (in movies) that stammering is something to laugh at, you think it is normal to make fun of people who stammer in real life as well,” the yoga teacher says.
Not a disability
Stammering can affect a person’s self-esteem and self-confidence. And when they are made fun of because of a condition they have no control over, it only aggravates the problem.
Growing up, Tarunidhar was not affected by his stammering until he reached high school and the bullying began.
“As my self-esteem went down, my stammering went up,” he says.

Though there is no cure for stammering, as Radhika explains, many outgrow their stammer in their adult years, and speech therapy can be of help to some.
For the rest, accepting their condition and working around it helps them live up to their capabilities in the best possible way.
Like Tarak, who is a member of The Indian Stammering Association, a voluntary support group.
“I have tamed it to a certain extent by understanding that communication is more important than fluency. And also by desensitizing myself to other people’s reactions,” he says.
“But what I realized over time was that I can do more. I can communicate in a public forum despite stammering and people don’t care as long as I am able to communicate effectively,” he adds.