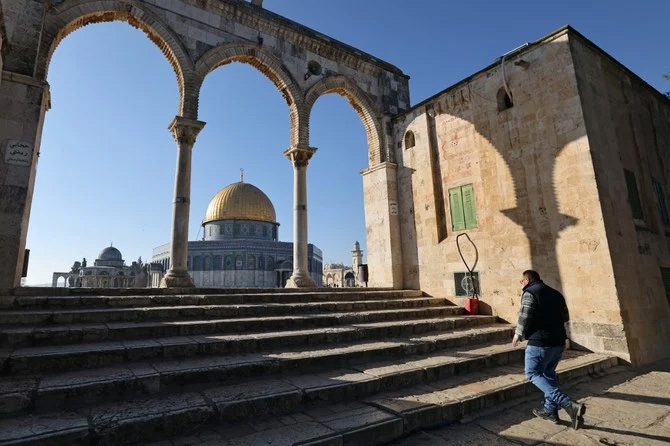 AMMAN: Jordan’s King Abdullah II stressed the importance of respecting the historical and legal status quo in the Al-Aqsa Mosque compound during a meeting with Israel’s prime minister on Tuesday.

The king stressed the need to maintain calm and cease all acts of violence “in order to pave the way for a political horizon for the peace process,” the royal court said in a statement.

He also called for an end to any measures that could undermine peace prospects.

While hosting Benjamin Netanyahu in Amman, King Abdullah reaffirmed Jordan’s steadfast support of the two-state solution, which guarantees the establishment of an independent Palestinian state on 1967 lines with East Jerusalem as its capital.