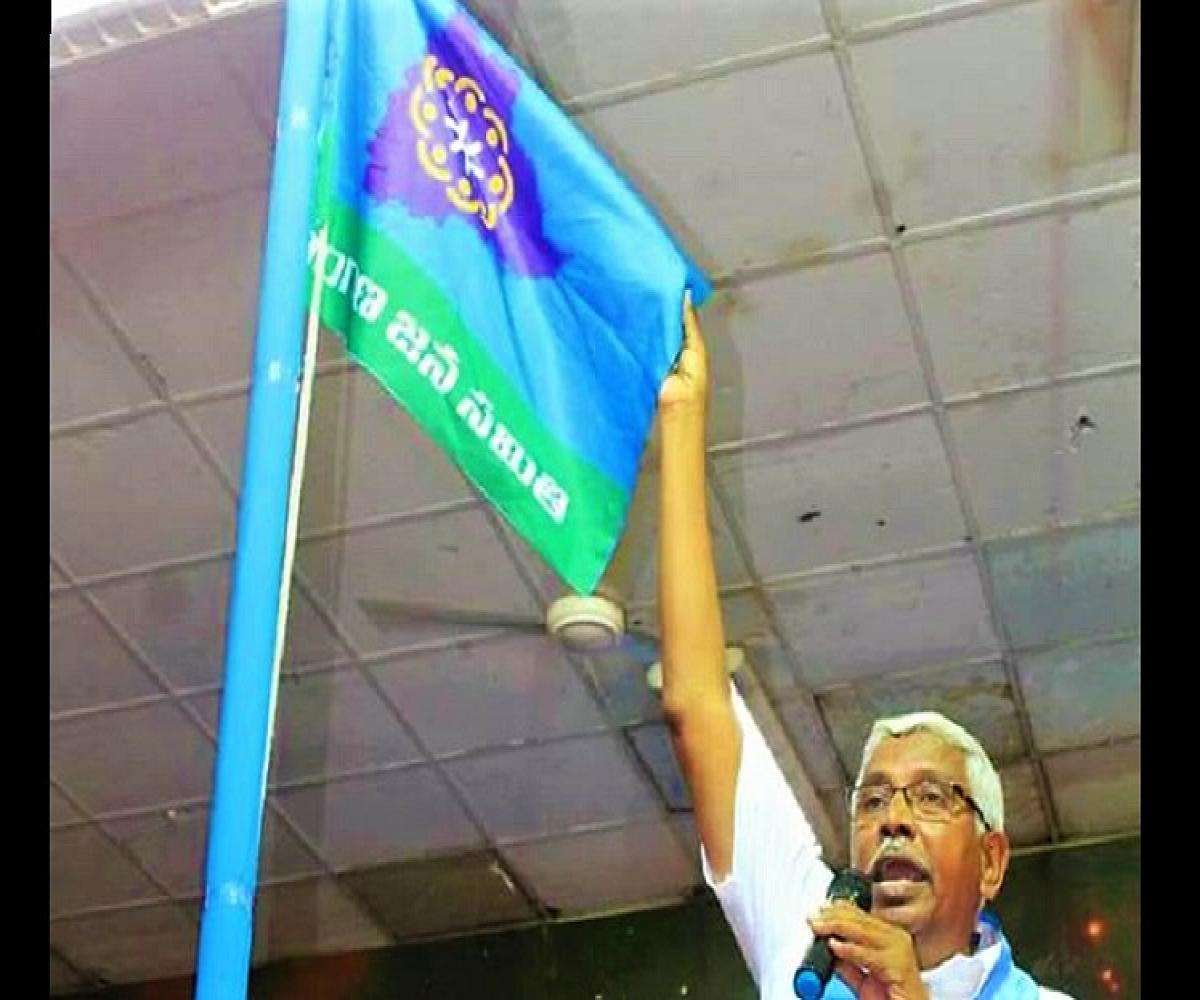 Telangana Joint Action Committee (TJAC) chairman M Kodandaram on Wednesday unveiled the flag of his newly-launched Telangana Jana Samiti (TJS) party.
The TJS flag is made up of different colours, including blue, green and yellow.
Speaking to reporters, Kodandaram said that the green symbolised prosperity, yellow signified auspiciousness and blue reflected the thoughts of BR Ambedkar.
He also said that the colours in the flag were ‘found in nature’ and said that the TJS drew inspiration from the martyrs who gave up their lives during the agitation for a separate state.
Kodandaram also lashed out at Telangana Chief Minister K Chandrasekhar Rao for curbing dissent and arresting people who spoke up against injustice.
Addressing reporters earlier this week, Kodandaram said that he would contest in the 2019 elections, and said that the TJS will be formally launched on April 29, where the party will demonstrate its strength.
Kodandaram informed media persons that the party has set up preparatory committees at the state and district level to mobilise people for the party’s launch.
The TJAC chief said that he was forced to form a political party as the government had violated democratic norms with impunity.
“We thought that If the state comes into existence, the people will live with self-respect and dignity, and that the available resources would be equitably distributed amongst all the citizens. That did not happen,” Kodandaram said.
“Everyone thought that Telangana would become a strong democratic state, but then democratic norms are violated with impunity. There are no places in Hyderabad for any democratic activity. Despite court permission, they are denying democratic protests,” he added.
He said that his party’s objective is social justice, as envisaged by Dr BR Ambedkar.
Kodandaram played an active role in the Telangana struggle for separate statehood as head of the TJAC and was one of KCR’s biggest supporters. Today, he is considered one of Telangana CM’s most vocal critics.
The two politicians have traded barbs on several occasions since then, and the Telangana police has repeatedly foiled several protests and marches organised by the TJAC.

BJP hits back at Andhra CM Naidu, says ditching friends is not in its DNA