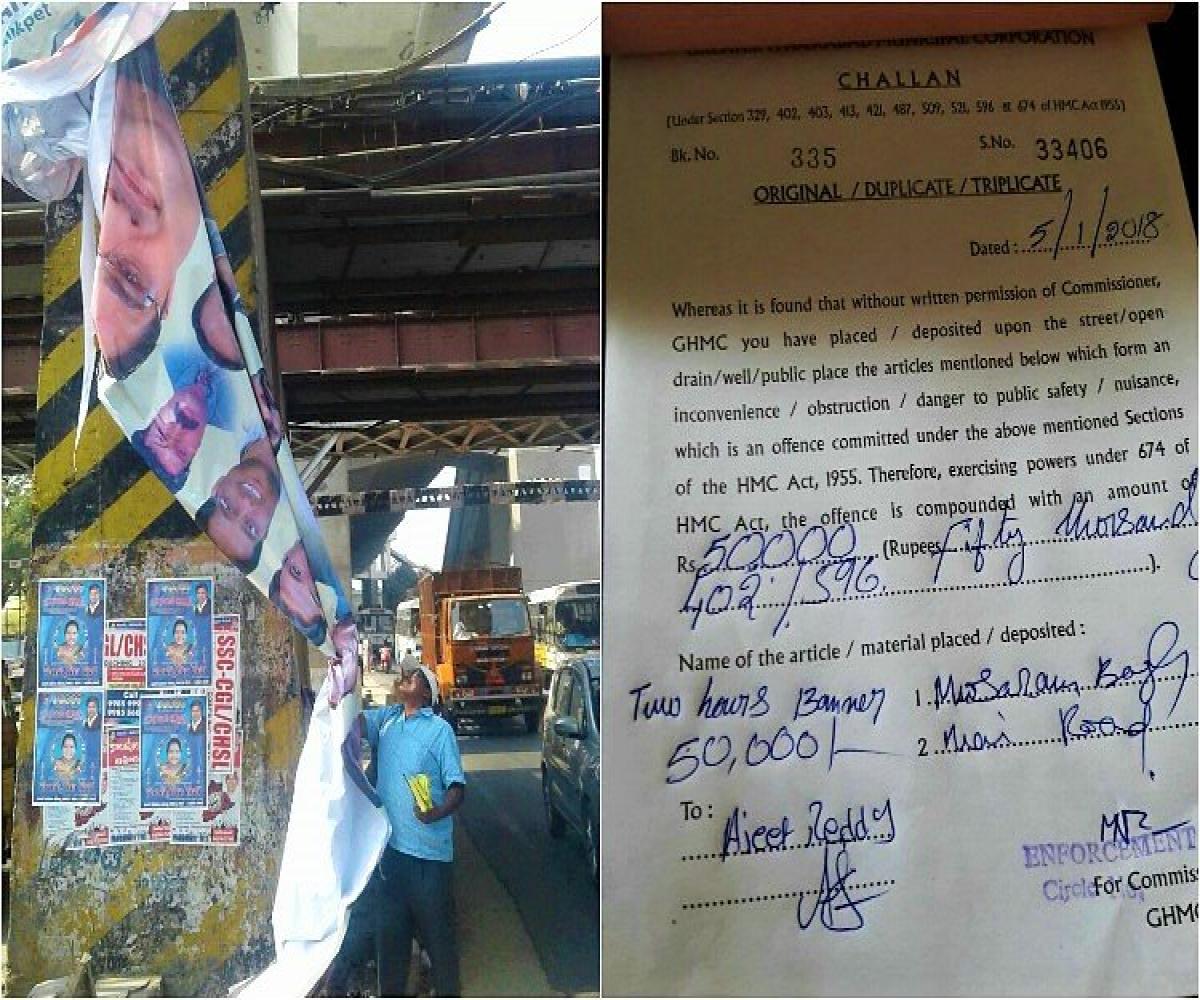 Three people including a TRS corporator, a former corporator and another party leader, were fined by the Greater Hyderabad Municipal Corporation (GHMC) after they put up banners and flexis of senior party leaders near the indoor stadium at Mossarambagh.
The posters came up as the stadium was being inaugurated by Municipal Administration and Urban Development Minister KT Rama Rao on Friday.
According to reports, KTR objected to the violation of rules and asked GHMC officials to levy a penalty of Rs 50,000 on corporator Sunaritha Reddy, Rs 25,000 on ex corporator Aslam and Rs 25,000 on TRS leader Srinivas.
The banners were also immediately pulled down by the GHMC.
In a statement, GHMC Mayor Bonthu Ram Mohan said that the rule applied to everyone, and not a single person would be spared, no matter who they were.
This is not the first time that KTR has taken such a step, as he is known to take a stand against banners and flexis on public property.
In July last year, he took to Twitter to ask the GHMC to remove posters and banners that were celebrating his birthday.
Many said that the minister was walking the talk as in April last year, the minister had declared a “war on posters, flexis, hoardings and banners” erected without permission from the civic body.
Following the crackdown, the GHMC said that it had identified over 2700 hoardings and over 300 unipoles in the city, of which every zone still has nearly 20 flexes displaying advertisements on hoardings in the city.
This was despite a direction from the Hyderabad High Court in 2014, that asked the two states to take steps to remove all unauthorized flexes, cutouts and statues of political leaders.
Referring to the various cutouts that were displayed in the city, the court said that the huge cutouts and flexes not only cause inconvenience to the general public but are also embarrassing to the VIP who is displayed.
Show More
Share
Facebook Twitter LinkedIn Pinterest Reddit WhatsApp Telegram Share via Email Print