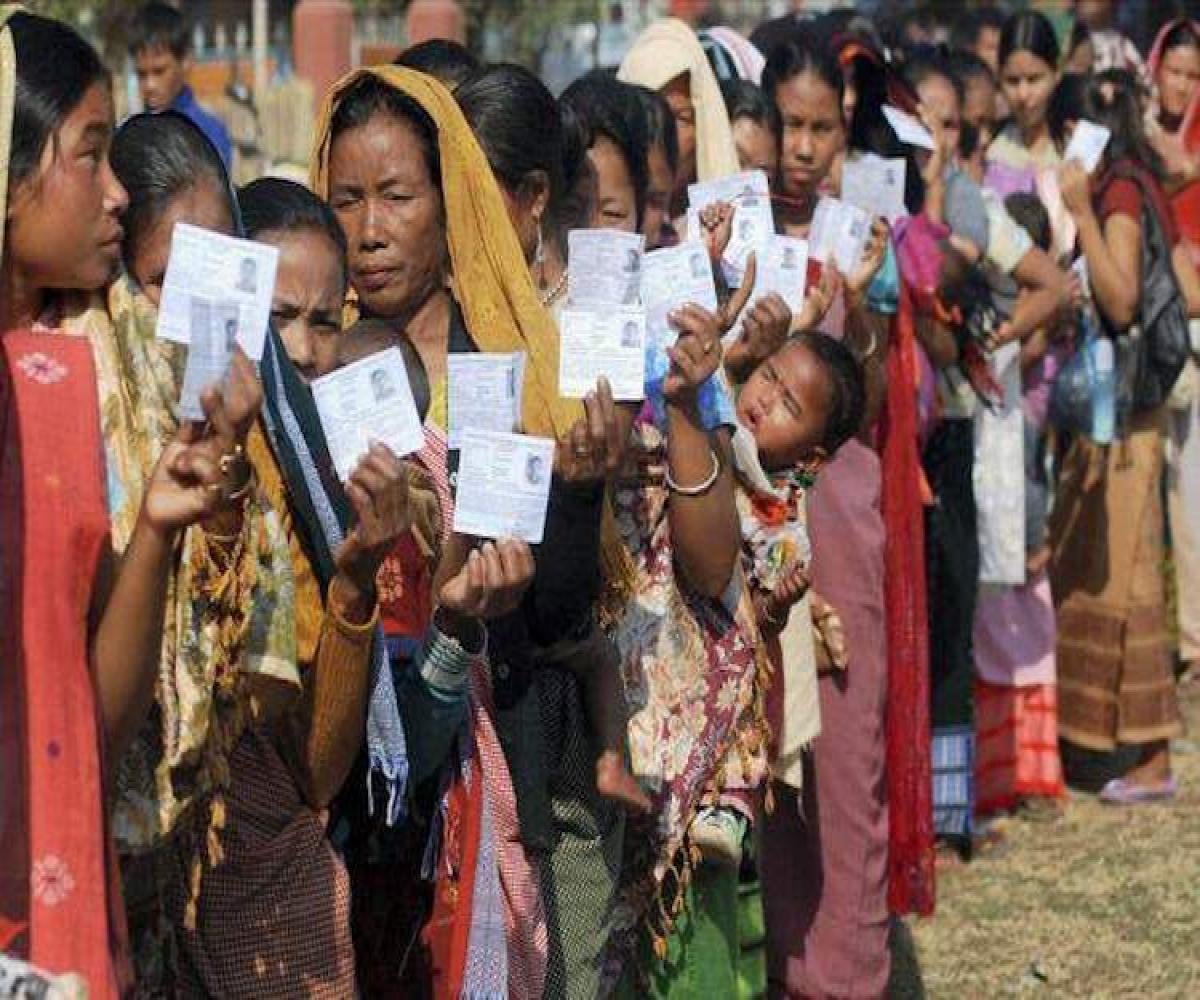 PTI / File photo
The ruling Congress is leading in 21 seats while the National People’s Party is ahead in 14 and the BJP in six in the vote count for the Meghalaya assembly on Saturday, the Election Commission said in New Delhi.
Polling for 59 out of the state’s 60 assembly seats was held on February 27. The election to one seat was countermanded following the killing of a candidate.
As per the counting on 58 seats out of 60, Congress was leading in 21 seats.
The Conrad Sangma-led NPP, which is an ally of the Bharatiya Janata Party at the Centre, Rajasthan and Manipur, fought the elections in Meghalaya on its own and is leading in 14 seats. The BJP is leading in six seats as per the early trends.
Sangma, who has won five consecutive terms from Ampati constituency since 1993, is leading by 797 votes over his nearest rival Bakul Ch. Hajong of the BJP.
According to poll panel, United Democratic Party (UDP) was leading in six seats, while the People’s Democratic Front was leading in five seats and independent candidates were leading in at least four seats.
In Songsak, the veteran Congress leader is leading by 1,501 votes against NPP’s Nihim D. Shira.
The Congress has fielded 59 candidates, while the BJP contested in 47 assembly constituencies.
Polling to the Williamnagar seat was countermanded following the killing of Nationalist Congress Party candidate Jonathone Sangma in an IED blast at Sawilgre area in East Garo Hills district on February 18.
Show More
Share
Facebook Twitter LinkedIn Pinterest Reddit WhatsApp Telegram Share via Email Print

Sridevi's ashes to be immersed in Rameswaram

‘It’s a historic verdict’: As trends come in, BJP confident of forming govt in Tripura