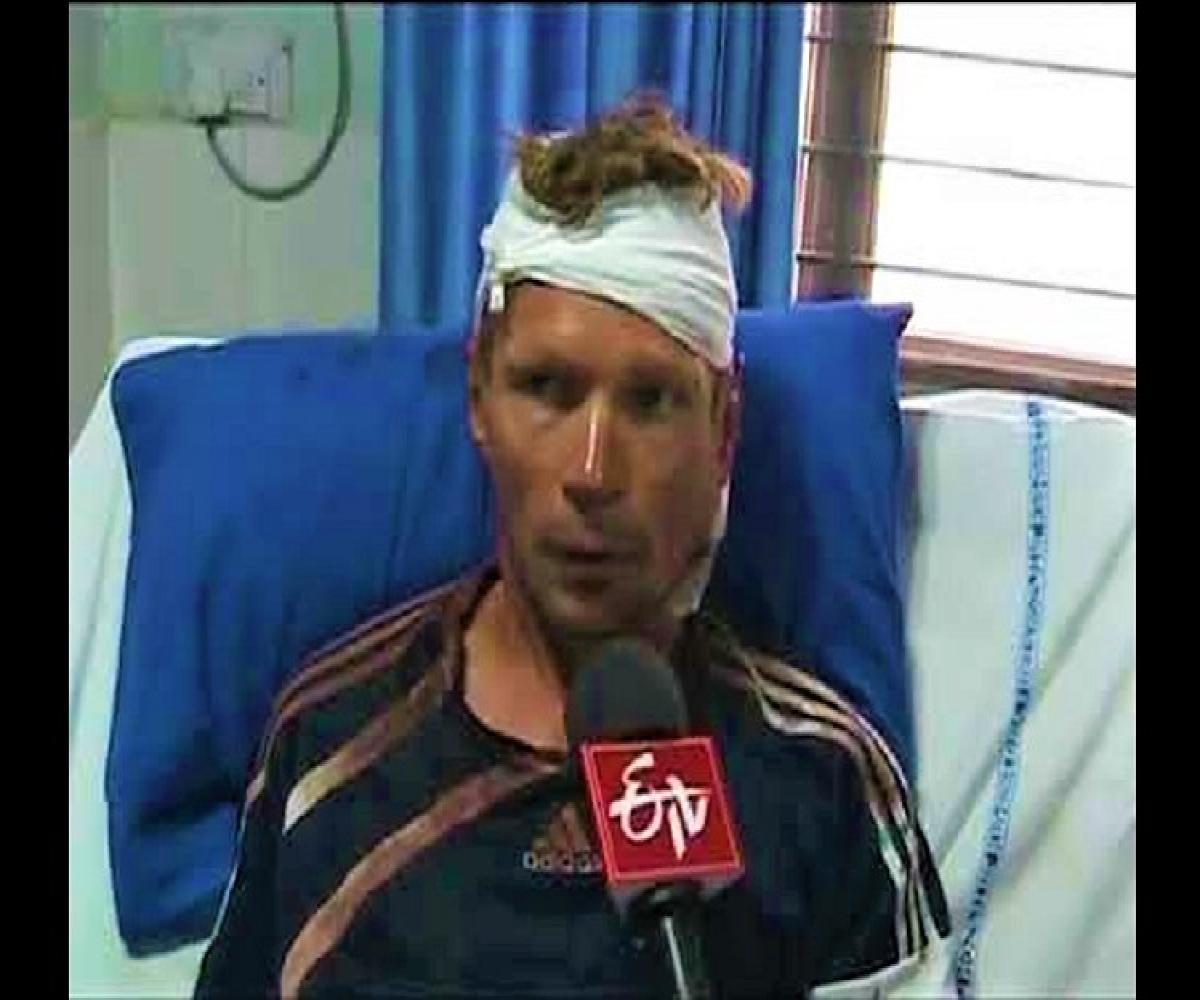 Image: Screenshot
A Russian cyclist on a world tour was injured in an attack by a Telangana farmer and his neighbours, who mistook him for a thief, police said.
The incident occurred in Telangana’s Kamareddy district on Friday night when 44-year-old V. Oleg had pitched his tent due to bad weather.
The Russian national, who suffered injuries on his head, jaw and right arm, has been shifted to Hyderabad and is undergoing treatment in state-run Osmania General Hospital. He may have to remain in hospital for couple of days.
Oleg, a resident of Moscow, told police that he was on his way from Nizamabad to Shirdi in Maharashtra when thunderstorm forced him to stop at Bhiknoor. The cyclist stopped by the side of an agriculture field and pitched his tent.
After rain stopped late in the night, farmer Mahender Reddy came to the field to find out if there was any damage to his crop, found a tent on his field with a man lying inside and mistook him for thief.
Oleg could not understand what the farmer was asking him in Telugu. Even before the Russian could take help of the Google translator, the farmer attacked him with his torch light. Oleg resisted the attack. Some neighbours of the farmer also joined him in thrashing the foreigner.
This is not the first time that foreigners have allegedly been attacked in the country.
In October last year, in an incident that triggered nation-wide outrage, Swiss couple, Quentin Jeremy Clerc and his partner Marie Droz, both in their 20s, who while strolling around a railway track in Fatehpur Sikri were attacked by local youth.
The couple were beaten up in Uttar Pradesh’s Fatehpur Sikri on October 22. They had arrived in India on September 30.
The couple underwent treatment in a private nursing home in New Delhi before being discharged.

Allocation of cases should be transparent, not arbitrary: Justice Chelameswar