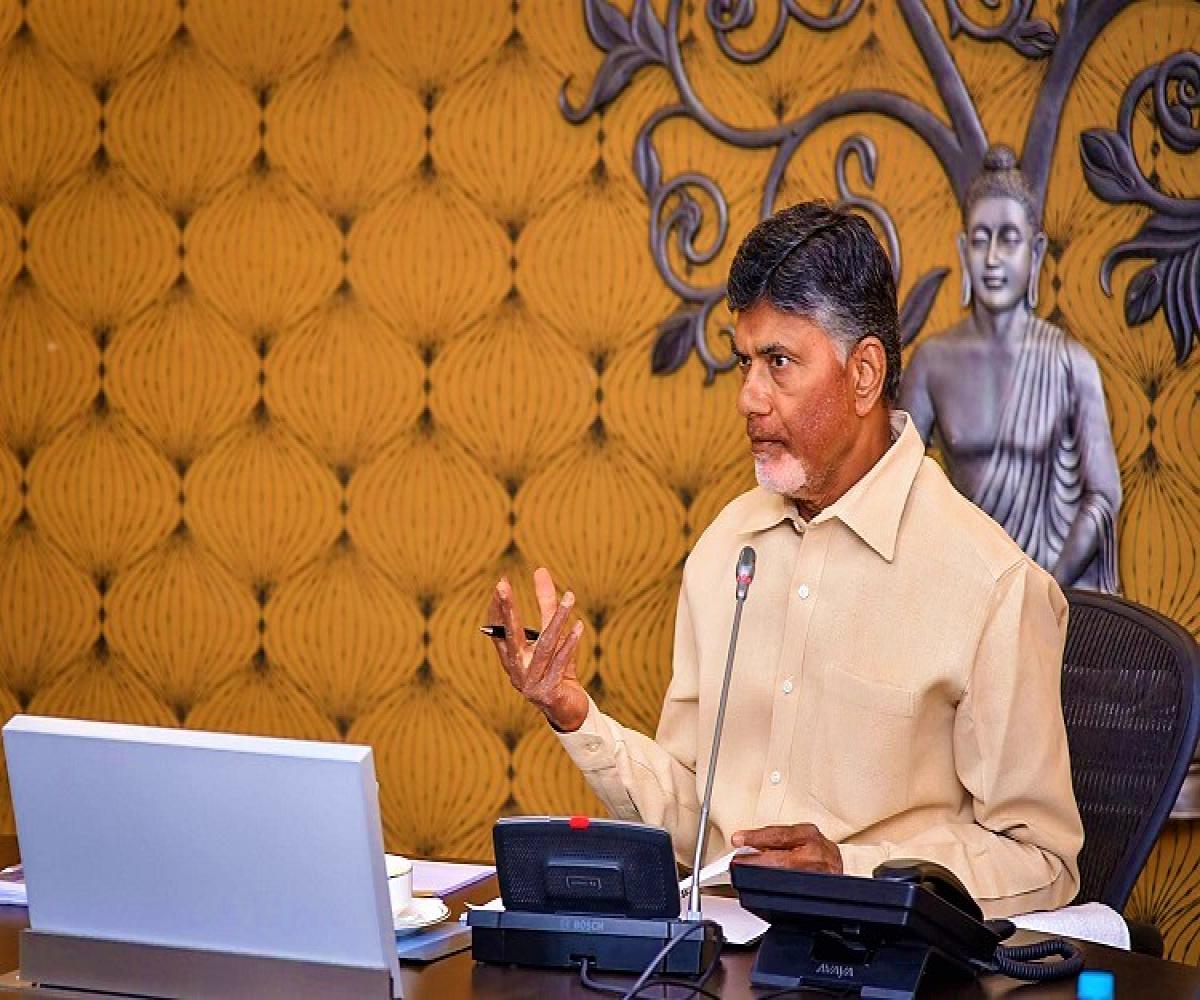 The rift between the TDP and BJP continues to widen, as Chief Minister N Chandrababu Naidu continued his tirade against the Narendra Modi-led central government on Thursday, likening it to the British Raj.
Speaking at a meeting with his cabinet ministers and party leaders to talk about a scheduled ‘bicycle yatra’ on April 16, which would be followed by public meetings, Naidu said that there was no difference between the British government before India’s independence and the present BJP government at the Centre.
Naidu asked the TDP leaders to highlight the ‘injustice’ meted out by the Centre over Special Category Status (SCS) and said that he would wage a ‘war’ against PM Modi.
“Modi has betrayed the faith we had reposed in the last four years. Now, it is time to wage a war against him and teach him a befitting lesson for his great betrayal.  Have you ever seen a Prime Minister going on hunger strike in the history of the country? He is trying to blame it on the people of the state for his inability to run the Parliament. He is trying to instigate his party cadre against us and gain political mileage,” Naidu was quoted as saying.
Naidu was questioning the BJP’s motive in staging a day-long fast across the country, to protest the washout of the Parliament’s budget session.
Pointing out that the Supreme Court had already directed the Centre to form a Cauvery Management Board, Naidu said that the Modi-government used the AIADMK to disrupt the Parliament and failed to follow the SC orders for political gains, with the upcoming Karnataka elections in mind.
He also accused the BJP of encouraging other parties to demand special status, adding that it was Andhra Pradesh, that was promised SCS on the floor of the house, during bifurcation.
Speaking on the bandh, scheduled to be held on April 16 and backed by all parties in the state except the TDP, Naidu told his colleagues, “Some local parties are trying their best to please him (Modi) by disturbing the environment. They will not succeed. Any protest against the Centre should be held in Delhi, not in Amaravati. Protests in our own area will not only go waste but also affect development.”
Show More
Share
Facebook Twitter LinkedIn Pinterest Reddit WhatsApp Telegram Share via Email Print