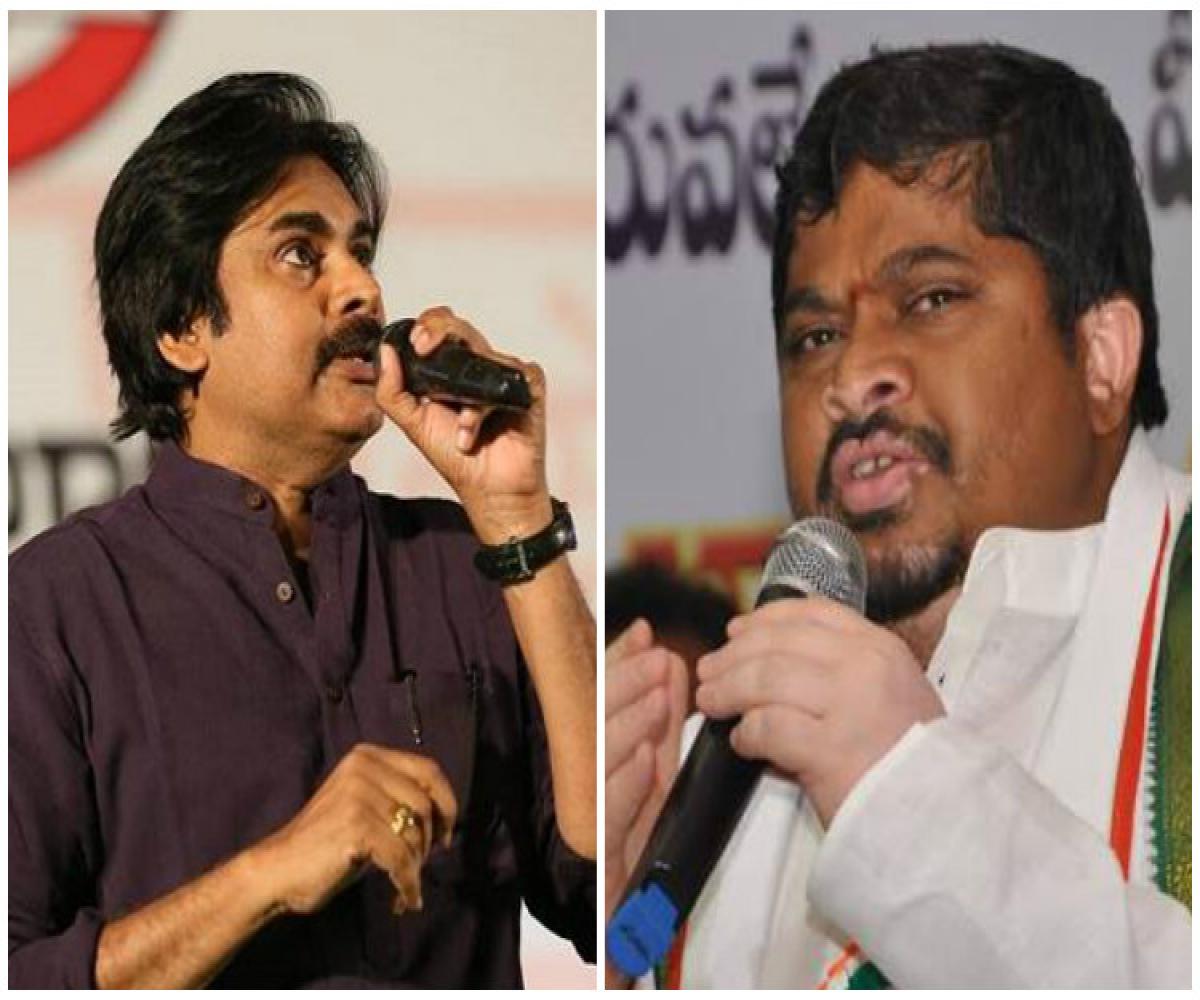 The Telangana Congress party came down heavily on the Jana Sena Party chief, actor Pawan Kalyan, who is on a three-day ‘Chalo re Chalo’ yatra in Telangana from Monday to Wednesday.
The party alleged that Pawan took huge kickbacks from the Telangana Chief Minister to divert the attention of the youth who are disappointed with the government.
It must be noted that the actor recently met the Chief Minister raising eyebrows. Previously both CM K Chandrasekhar Rao and Pawan Kalyan had crossed swords and criticised each other before the 2014 polls.
Speaking to TNM, Congress leader Ponnam Prabhakar said, “What is the hidden agenda between KCR and Pawan Kalyan? While other dissenters like Kodandram are being denied permission to hold rallies or meetings, why is Pawan Kalyan being given a red-carpet welcome by the government? This is evident, he (Pawan) wants to divert the attention of the youth.”
He added, “The youth in the state are against the government. I suspect that KCR has asked Pawan Kalyan to divert their attention.”
Calling the actor a seasonal fruit, he further said, “Pawan Kalyan hasn’t responded to any of the issues like the Nerella incident where Dalits were attacked, the farmer crisis in the state or any other serious issue in the past three years, and now suddenly he wants to tour the state. He is not a serious politician.”
Ponnam also demanded an apology from the actor for his previous anti-Telangana stance.
“He should definitely apologise to all the Telangana people for his earlier comments on Telangana. He was against Telangana. He should withdraw his words.”
Pawan Kalyan will kick off the yatra from the Kondagattu Anjaneya Swamy Temple near Jagtial. The actor will meet people and party functionaries from Karimnagar, Nalgonda, Khammam, Adilabad, Warangal and Nalgonda in the three days. This is the first time that Pawan is touring Telangana. He had previously toured Andhra.
Show More
Share
Facebook Twitter LinkedIn Pinterest Reddit WhatsApp Telegram Share via Email Print

33.6 pc Indians are born to teenage mothers: Educating girls can help change that