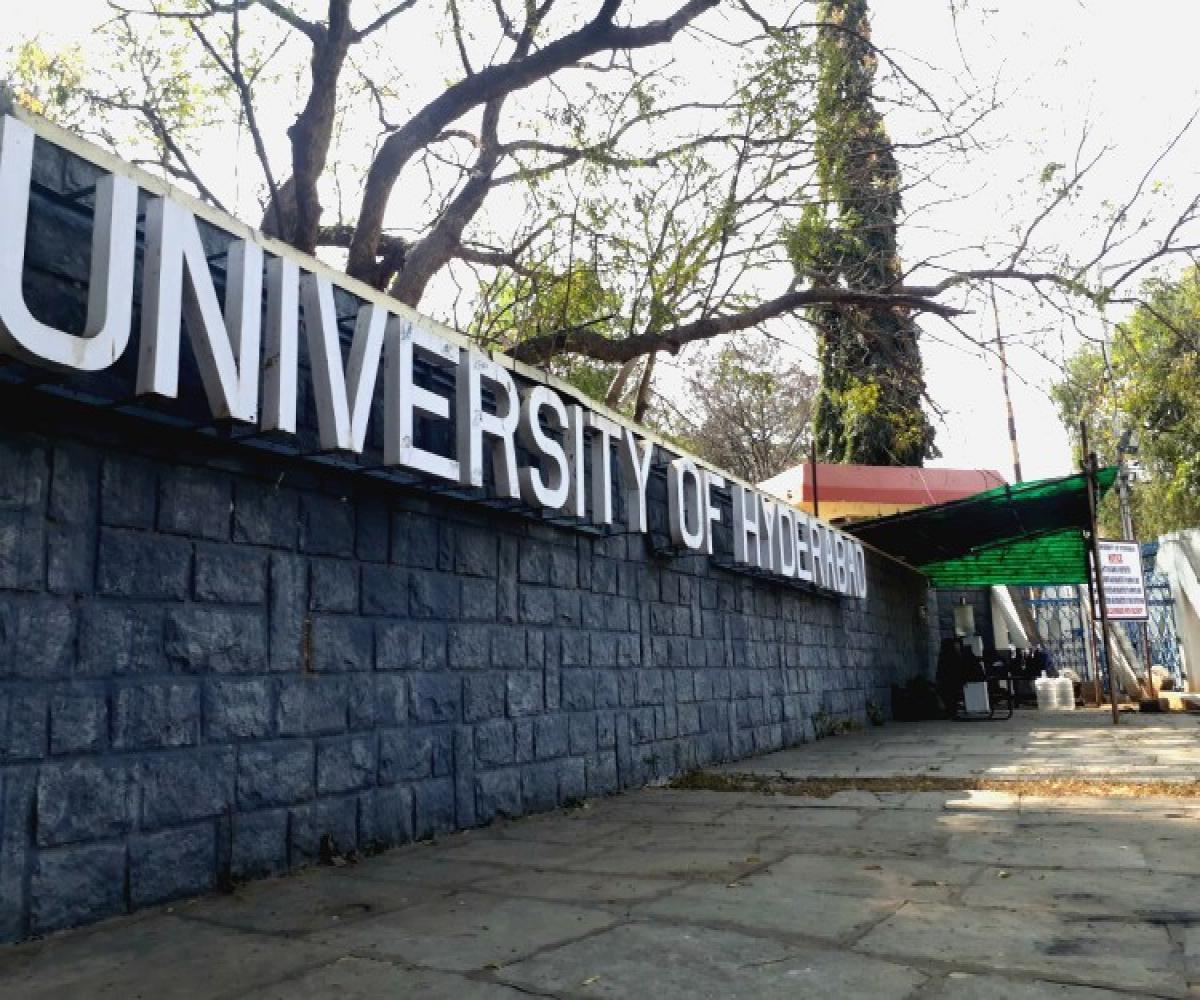 An alleged rape attempt on a woman student at the University of Hyderabad on Friday has sent shockwaves across the campus. According to the Gachibowli police, a man and a woman – both students at UoH – were at ‘High Rock’ in South Campus, a restricted area for students on campus when they were attacked.
Four unidentified persons allegedly attacked the male student first and then attempted to force themselves on the woman. However, after she raised an alarm, her attackers fled the scene, allowing the woman to escape, say the police. Both students have sustained injuries, however, officials and student leaders have refused to comment on the nature of injuries.
The Gachibowli police have registered an FIR against unknown persons. Police suspect that the persons were outsiders and not from the university.
Friday night’s incident, however, follows two cases of alleged sexual harassment on the campus. In one incident, an unidentified person allegedly stalked a woman student and masturbated in front of her on March 10, while in another incident on March 14 a female student was allegedly groped while watching a play on campus. The two cases were, however, not reported to the police. The university’s Gender Sensitisation Committee against Sexual Harassment (GSCASH) are investigating these cases.
The recent cases have raised concerns regarding the safety and security of women on the UoH campus.
“The university has become a quite unsafe for women. Earlier we used to hangout in the campus at odd hours like 2 am, without any fear. But now I am little hesitant to venture out,” says Oishani, a student of communication.
Bhavana Murali, a first-year student of communication, says, “We certainly end up having a fear but we also understand that this isn’t a time to be a mute spectator. It will be difficult for us as an individual to reclaim the University space, which is why at this crossroad the entire student community needs to stand together to make the campus safer.”
To instil a sense of security and safety among female students, the UoH administration has decided to talk with the student organizations including the Students’ Union to conduct gender sensitization awareness programmes.
Speaking to TNM, University of Hyderabad spokesperson Vinod Pavarala said that the security measures are already in place with enough security guards to prevent such incidents.
When asked how they could prevent cases of sexual harassment, he said, “We are urging the Students’ Union to join hands with the administration to promote safety and security in the campus.”
Tushara Balaparameshwaran, a student from the Students’ Federation of India, says that these are testing times for the students, who shouldn’t fear coming out of their rooms because of such incidents. “The student community together should fight it out. Gender sensitization programmes should be conducted often, so that students learn what counts for sexual harassment.”
Scope for moral policing
However, students fear that the recent incidents will allow the administration to moral police students on the pretext of enhancing security.
“The major worry is that the administration may try to take the easy way out and apply curfews and stop us from accessing various spaces on campus. The campus is already a heavily gendered space. Incidents like these need to be addressed at the root,” opines Oishani.
Echoing the same, Tushara said that these excuses will give full authority to the administration to impose restrictions on the students.
Recently, 10 students were expelled following an inspection by authorities on a men’s hostel. After a woman student was found in one of the rooms in the hostel, a disagreement between the students and wardens escalated into a ruckus. While the expulsion was later revoked, students call the “midnight raid” on the hostel an attempt at moral policing. As per the rules of the hostel, women are not allowed to enter men’s hostel and vice-versa.