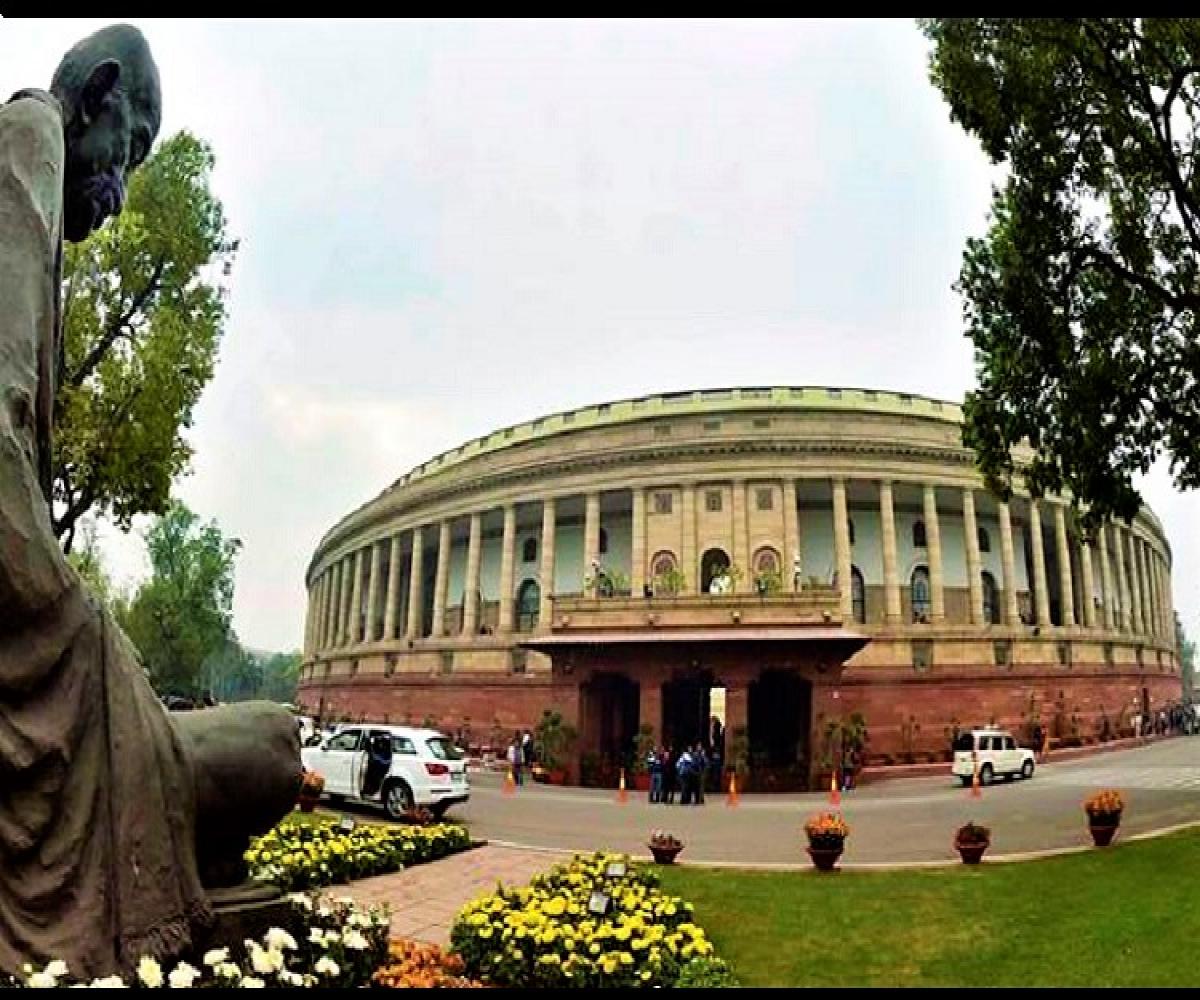 File photo: PTI
The Telugu Desam Party moved a no confidence motion against ex-ally BJP-led central government in the Lok Sabha on Friday, alongside another no confidence motion moved by rival YSRCP. While the two parties were far from having the numbers for a successful vote, the move did create high drama in Parliament.
The House was adjourned until Monday by Speaker Sumitra Mahajan, as there were murmurs that even the AIADMK – miffed over Centre’s stand on Cauvery Management Board – would support the motion.
The adjournment came as members from different parties trooped near the Speaker’s podium, raising slogans and showing placards.
As the House met at 11am on Friday, the newly elected members – Rashtriya Janata Dal’s (RJD) Sarfaraz Alam, who won from Araria, Bihar; Samajwadi Party’s Nagendra Patel and Praveen Nishad, who won from Phulpur and Gorakhpur constituencies of Uttar Pradesh respectively – took oath in the House amidst cheering from the opposition benches.
Speaker Sumitra Mahajan then condoled the death of three former members, physicist Stephen Hawking, and nine CRPF personnel killed in the recent Naxal attack in Sukma, Chhattisgarh.
This was followed by an immediate adjournment to 12 noon, after members of the Telangana Rashtra Samithi (TRS) and the Telugu Desam Party (TDP) created a ruckus by storming the well.
When the House met again, Speaker Sumitra Mahajan told the MPs, “There is a notice to debate a no-confidence motion in the House today by YSRCP MP YV Subba Reddy and I am duty-bound to inform the members of the motion. However, I will not do so unless the House is in order.” The Speaker made no mention of a similar motion moved by just-broken-up ally TDP.
When the protesting MPs refused to return to their seats, the Speaker adjourned the issue to Monday.

CPI(M) supports the no-confidence motion being brought against the BJP government. Its betrayal of the promise of special status for Andhra Pradesh is inexcuseable. Its all-round failure and evasion of parliamentary accountability needs to be highlighted.
— Sitaram Yechury (@SitaramYechury) March 16, 2018

I have signed on the notice for No Confidence motion against Modi led Government pic.twitter.com/05pDiUfK0I
— Asaduddin Owaisi (@asadowaisi) March 16, 2018

YSR Congress Party, the principal opposition party in Andhra Pradesh, had submitted a notice to move the no-confidence motion against the NDA government on Thursday. The party alleged that the Central government has gone back on the commitment made in the Parliament that Andhra Pradesh will be accorded the special category status.
On Friday morning, the TDP – Andhra’s ruling party – followed suit. They announced that the party would be leaving the NDA coalition, adding that they decided to move their own no-confidence motion against the Narendra Modi government as they had no belief in YSRCP’s intentions.
“We have no belief in their (YSRCP) intentions of moving a no-confidence motion. But our leader, Andhra Pradesh Chief Minister Chandrababu Naidu, is determined to send a serious notice by collecting 54 signatures which are necessary for moving the motion,” TDP MP Pandula Ravindra Babu told the media.
The TDP also said that since it is short notice, if the Speaker does not accept to move the motion, then they would try again on Monday.
And amidst the two competing no confidence motions by the two rivals, came another surprise for the BJP: Tamil Nadu’s ruling party AIADMK, which has 37 MPs in Lok Sabha, also started making noises about supporting the no confidence motion. Tamil Nadu is miffed with the Centre over their non-committal stand on the formation of the Cauvery Management Board, and the AIADMK is under pressure to do something about it.
AIADMK MP KC Palanisami told a TV channel that if the Centre doesn’t form the Cauvery Management Board, the party will support the no confidence resolution.

Halt the Hate: This new website allows you to track and report hate crimes across India

Telangana Textile policy is the best in India: Minister KTR