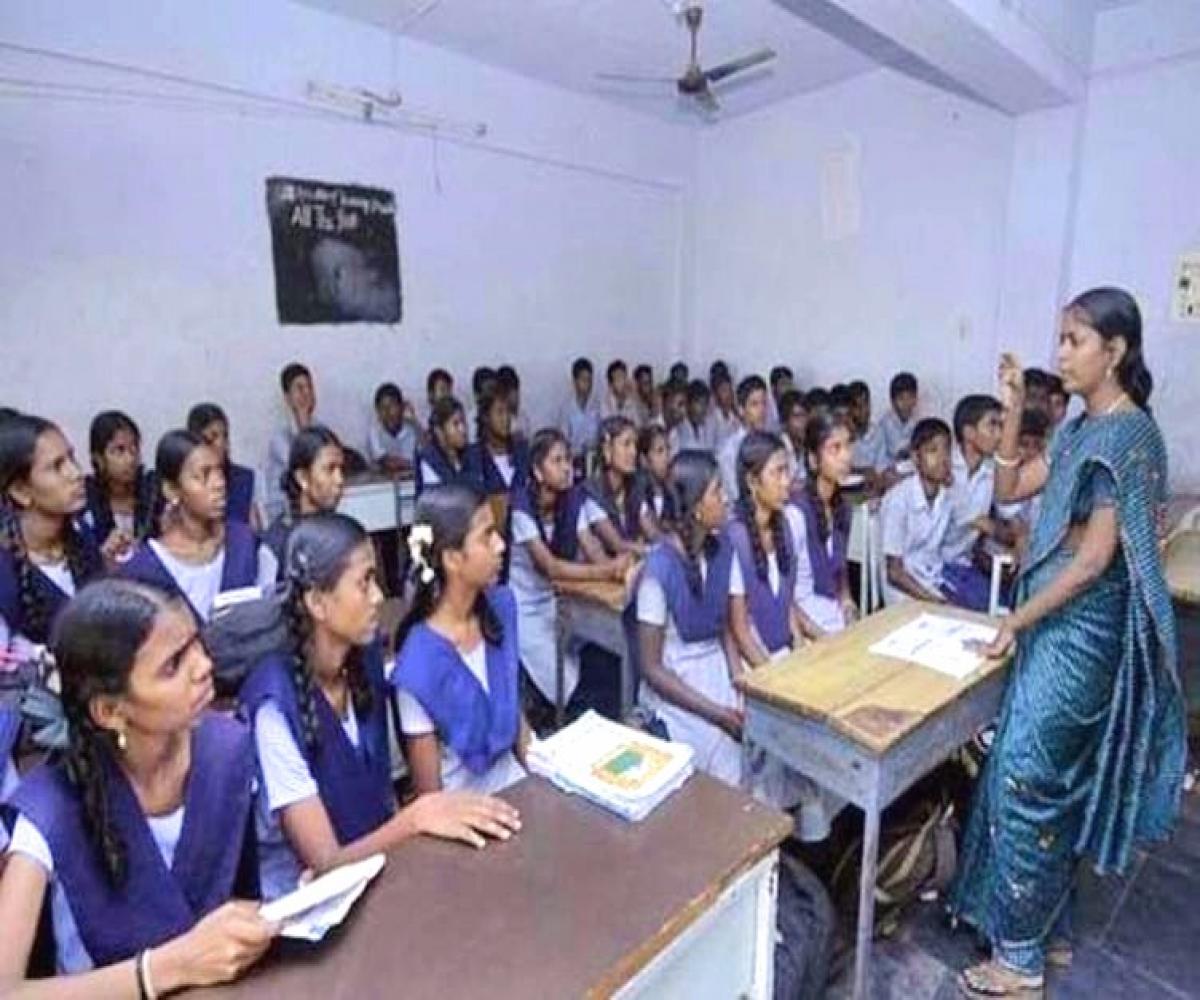 Image for representation
A move to help students speak better English in Telangana’s TSWREIS schools sparked major controversy when one of the society’s Regional Coordinators decided to punish teachers by cutting their day’s salaries if they did not speak in English.
R Ananthalakshmi, the RC of the Telangana Social Welfare Residential Educational Institutions Society in Karimnagar issued a memo on Friday asking all teachers in its 28 schools to speak only in English in school through the day. The memo stated that failure to do so would lead to the teacher along with the principal, Vice Prinicipal—both senior and junior would lose their day’s salaries.
“It is decided to stop one day salary of the Regular/Contract employee who failed to speak in English in the school premises along with the salary of Principal, Sr Vice Principal and Jr Vice Principal,” read the memo dated March 23.

The rule which was implemented on Tuesday was revoked by the society the next day following furore from teachers and principals of these schools.
Responding to the controversy, the soceity, which is set up by the government to educate underprivileged children rural children, on Wednesday, clarified that the memo held no value and said that an internal inquiry is being initiated to probe the incident.
Speaking to TNM, TSWREIS official spokesperson Venkat Raju said, “The RC took the decision without the knowledge of the society. The society doesn’t approve of such actions. We have initiated an inquiry into the incident on why the RC had to take such a decision.”
“The memo issued should be considered void,” he added.
Meanwhile, the RC, Ananthalakshmi said that her intent behind such a circular was misunderstood.
She said that she took the decision to improve the quality of education in the schools. “There are many teachers in the school, who continue to teach in Telugu, despite numerous appeals. They remain adamant.. hence we took this decision, which was supported a majority of the Principals,” she told TNM.
“The decision was taken, keeping in mind that the teachers would use the vacation break to improve their English proficiency and teach the students better from the next academic year at least,” she added.
In a similar incident, the RC in January took an equally draconian measure by asking the teachers who couldn’t speak in English to go on leave or resign. However, she made amends to the previous decision and instead, decided to cut their salaries instead.
TSWREIS which functions under Ministry of Scheduled Caste Development has been running 268 residential institutions across the State to educate children from marginalized communities and children from remote rural areas.

Deadline for linking Aadhaar with PAN extended till June 30

Huzurabad bypoll: A battle of prestige for KCR, Rajender

Nominations filed on behalf of KCR for TRS president’s post

Telangana opposes move to transport Singareni coal to other states