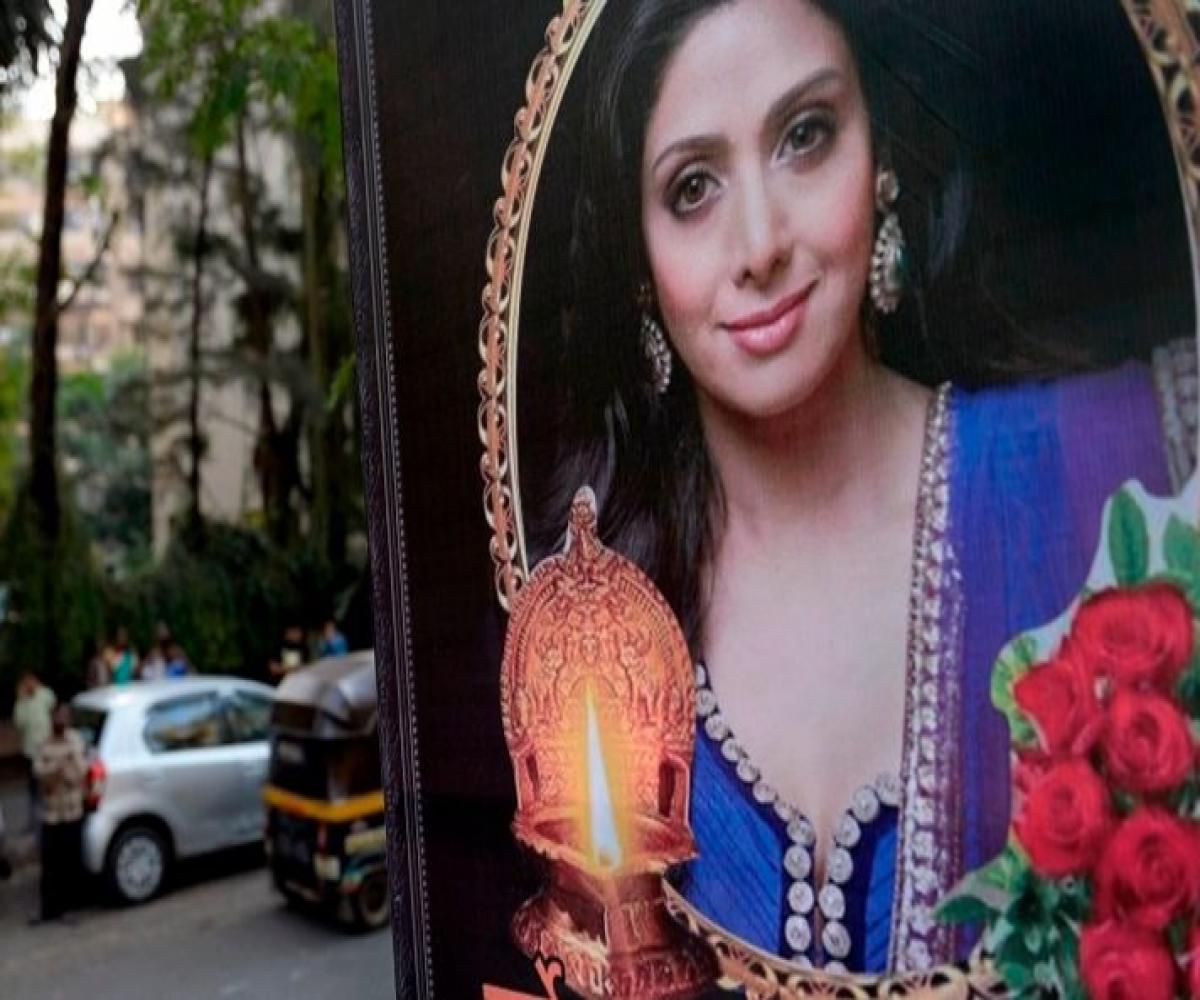 Late actor Sridevi’s ashes will be immersed at Rameswaram in Tamil Nadu on Saturday.
An urn carrying her ashes was brought to Chennai on Friday by husband Boney Kapoor in a special aircraft, PTI reported.
Airport sources told the agency that Boney will visit the holy town of Rameswaram on Saturday and immerse the ashes in the sea.
Sridevi died on February 24 in a hotel room in Dubai where she had gone to attend the wedding of her nephew Mohit Marwah.
Her mortal remains were brought to India on February 27 as the Dubai Prosecutor’s Office was investigating the case of her death.
The prosecutor’s office said forensic report had stated that she had died from “accidental drowning” in the bathtub of her hotel room, after losing consciousness. The case had been closed, the prosecutor’s office said.
Her body was handed over to the bereaved family as no foul play was apparently suspected by the investigators.
She was cremated on February 28 in Mumbai with state honours amidst an outpouring of grief by her fans.
The actor, born as Shree Amma Yanger Ayappan in 1963 in Sivakasi in Tamil Nadu, is survived by her husband and two daughters Jhanvi and Khushi.
Sridevi made her debut as a child artist in Thunaivan at the mere age of four. She went on to play more roles across the southern industries before making her debut with Julie in Bollywood, in a Hindi remake of the Malayalam hit Chattakari.
Sridevi soon became a leading actor in the south and Hindi films and was known for her ability to act, dance as well as comic timing. She acted with the likes of Amitabh Bachchan, Kamal Haasan, Rajinikanth and many more superstars but always held her own on screen.
While she moved from strength to strength in the film world, her personal life was mired in controversy. She fell in love with producer Boney Kapoor, who was married at the time, giving ample fodder for the gossip mills. The two of them married in 1996 and Sridevi took a break from films. The 1997 Hindi film Judaai was her last major picture.
But the actor was back with a bang in 2012 with English Vinglish, once again proving that she still had a hold over the box-office.
She was awarded the Padma Shri in 2013.
Show More
Share
Facebook Twitter LinkedIn Pinterest Reddit WhatsApp Telegram Share via Email Print

CPI-M, BJP neck-and-neck after counting of postal ballots in Tripura