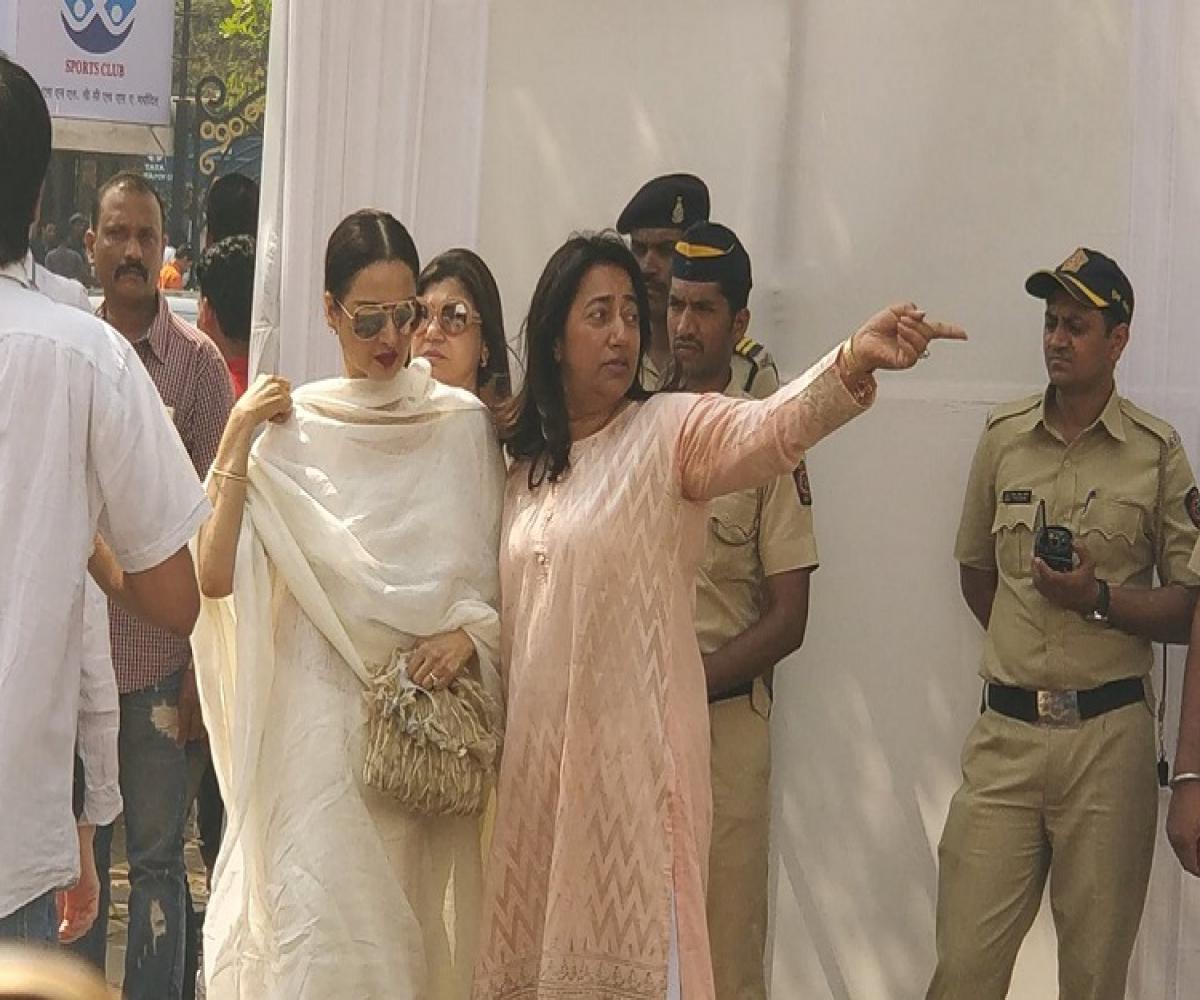 Vanshika Sood
Veteran actor Sridevi’s mortal remains arrived in Mumbai on Tuesday night, around 72 hours after her sudden and shocking demise in Dubai. Her funeral is scheduled for Wednesday afternoon.
Her body is kept at the Celebration Sports Club in Lokhandwala. Many fans also gathered to pay their last respects to the actor. From the film fraternity, Sonam Kapoor, Aishwarya Rai, Jaya Bachchan, Tabu, Subhash Ghai, Sushmita Sen among many others reached the venue to pay their respects.

Sushmita Sen
Her body was taken to her residence in Green Acres, Lokhandwala, from the Chhatrapati Shivaji International Airport in a convoy after her mortal remains arrived on Tuesday night. Tight security arrangements were in place both on the way and outside the house, as a large number of fans had gathered to get a glimpse of their beloved actress.

Sridevi’s husband Boney Kapoor, brothers-in-law Sanjay Kapoor and Sandeep Marwah, sister-in-law Reena Marwah and stepson Arjun Kapoor were on the chartered Reliance Transport Embraer jet 135BJ which carried her mortal remains from Dubai to Mumbai.
The late actress’ daughter Jahnvi Kapoor and other family members — Anil Kapoor, Anshula Kapoor and Sonam Kapoor — were present at the airport along with business magnate Anil Ambani and his wife Tina Ambani.
Sridevi died on Saturday night, but her body was brought only on Tuesday as the Dubai Prosecutor’s Office was investigating the case of her death.
The prosecutor’s office said forensic report had stated that she had died from “accidental drowning” in the bathtub of her hotel room, after losing consciousness. The case had been closed, the prosecutor’s office said.
Her body was handed over to the bereaved family on Tuesday as no foul play was apparently suspected by the investigators.
(Photos by Vanshika Sood)

After torture in Pakistan, 45-year-old Hyd woman all set to return home

New horizons for a historic friendship