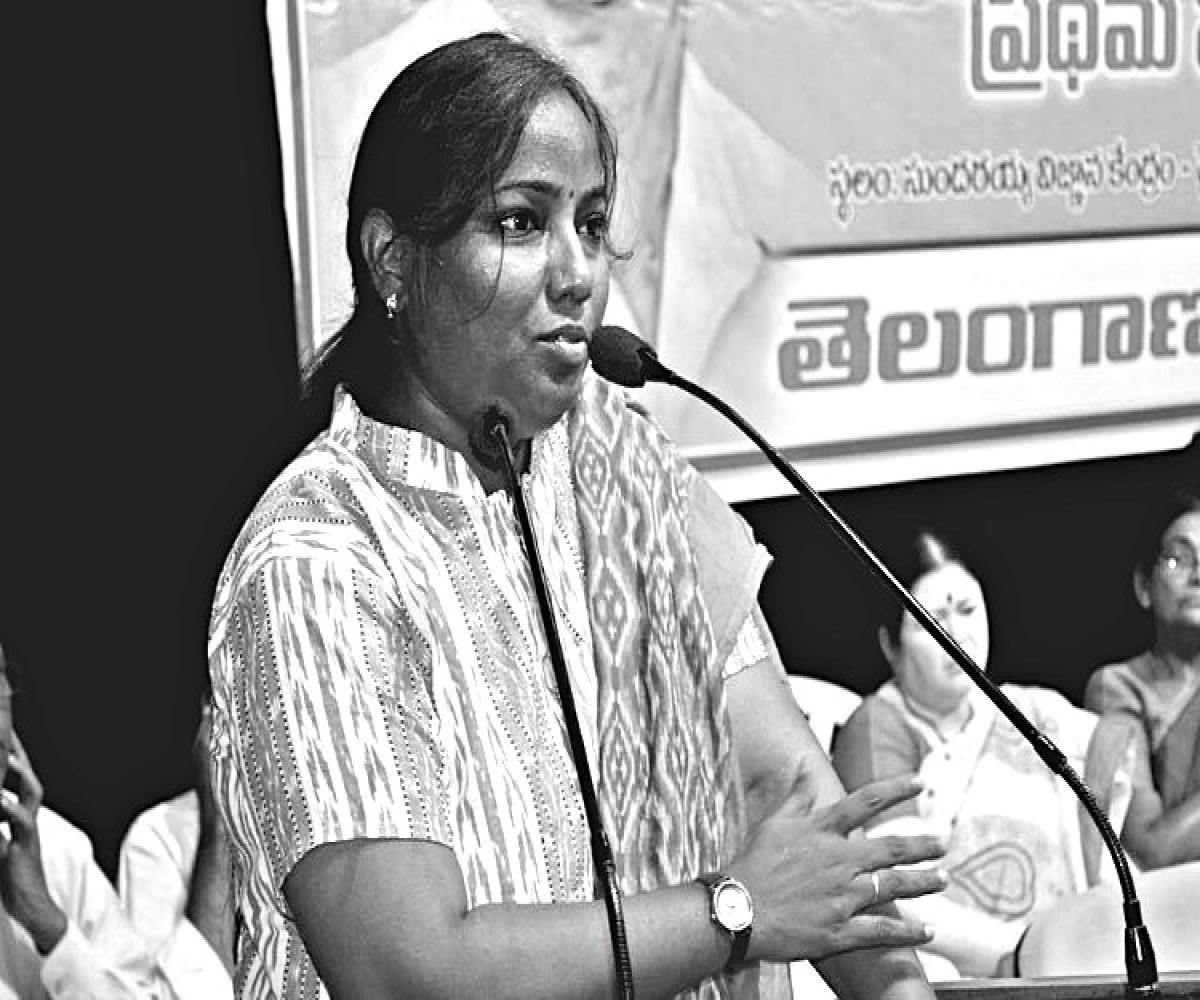 Dalit activist and a professor at Satavahana University, Karimnagar in Telangana Sujatha Surepally has been facing the wrath of right-wing trolls who are accusing her of being ‘anti-national’ and also insinuating that she is spreading naxalism in the varsity.
The activist says that the BJP is carrying out their ‘tried and tested’ model of harassing activists and academicians by labelling them ‘anti-nationals’.

Sujatha is accused of burning photos of ‘Bharat Mata’ on the university campus on December 25 – the day Dalit-Bahujans observe as Manusmriti Dahan Diwas and burn copies of Manusmriti – a Hindu scripture written by Manu in which he created the caste hierarchy.
However, Sujatha said that this was an outright lie spread by the BJP and its affiliated groups. “On the said day I was in Hyderabad,” Sujatha told TNM.
After being maliciously trolled and attacked by right-wing groups on social media, the professor has filed a complaint with the Karimnagar Police Commissioner against BJP spokesperson Bandi Sanjay, and the women’s and minority wings of the RSS for defaming and harassing her.
Sujatha added to TNM, “I gave the complaint with a heavy heart because I was filing complaint against my own people. The BJP has cleverly devised a plan to fight me. They are pitting Dalits against Dalits. I am forced to fight against my own brothers and sisters.”
She said that the BJP has been trying to replicate the Jawaharlal Nehru University episode with false propaganda to lynch her.
“The BJP has targeted me particularly after a series of campaigns by Dalit students and leaders against the BJP leader Bharat Reddy in Abhangapatnam who attacked two Dalits. They are seeking revenge,” she alleged.
Bandi Sanjay, Karimnagar BJP president and spokesperson who has been leading the campaign against Sujatha and making serious allegations that she was ‘anti-national’, told TNM, “The professor is provoking the students. Her teachings are against national interest.”
When asked what sort of anti-national propaganda Sujatha was spreading in the university, he said, “She is provoking the students against the BJP and RSS.”
Sanjay said, “Talking against the BJP and RSS equates to talking against the nation. They (BJP and RSS) are working for the welfare of the country. How can she talk against them?”
Reiterating his allegation that the Dalit-Bahujan students of the university burnt the pictures of ‘Bharat Mata’, he said, “The police should see the CCTV footage of the event and verify it.”
Karimnagar Commissioner VB Kamalasan Reddy was unavailable to comment on the issue.

Students not locked up during KTR’s visit to RGUKT, says T’gana govt

CM KCR not responding to my letters on Arogyasri scheme: MLA Jagga Reddy