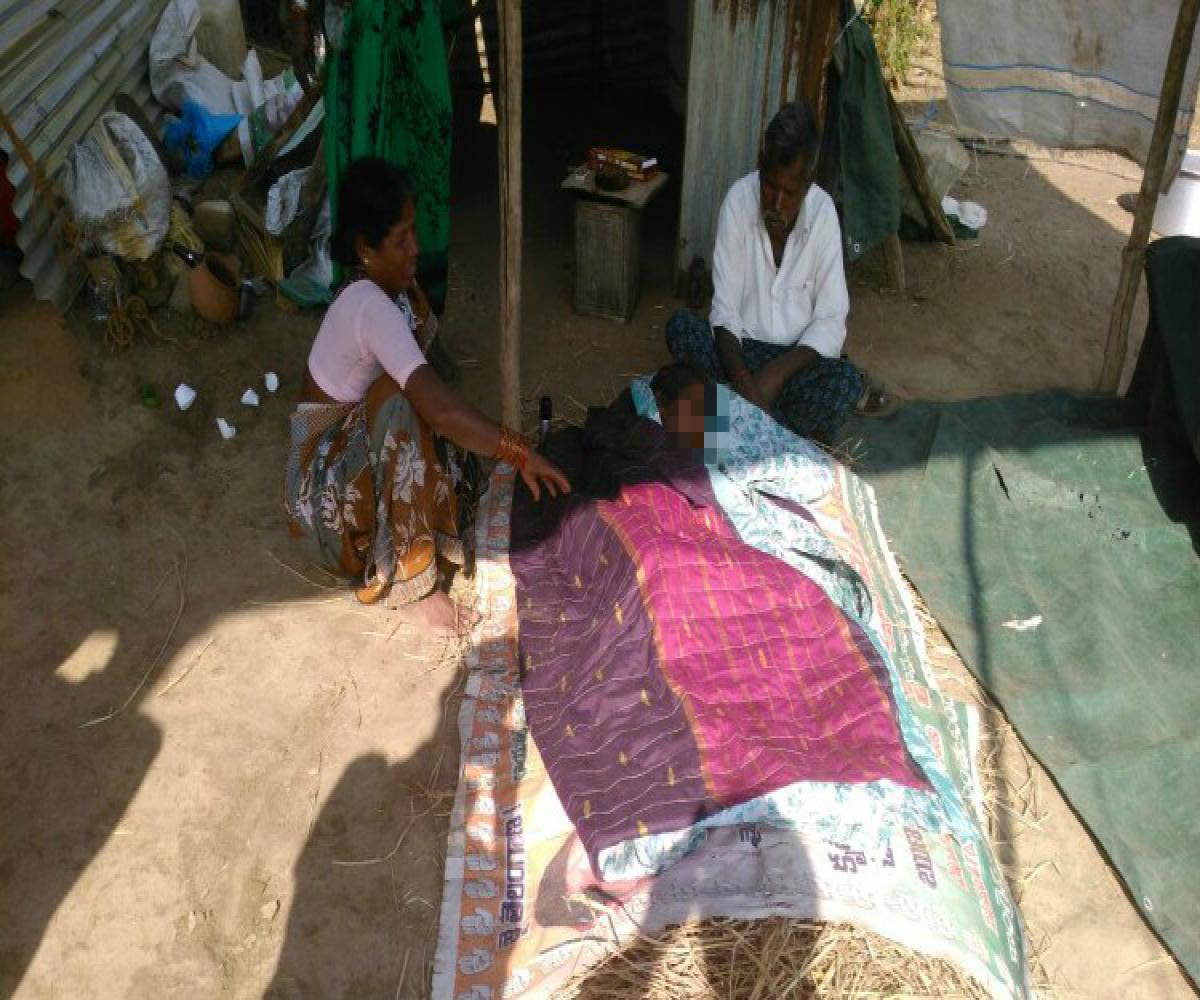 Over 150 Dalits have been living in makeshift shelters for nearly four months in Rayapol village, Siddipet district of Telangana, all thanks to an overenthusiastic legislator. He had allegedly promised to build them 2BHK houses and asked them to raze their existing houses, only that he never returned.
Owing to the cold, an older lady in the settlement recently passed away. Another man fell into a large open pit near the settlement and passed away too.
A complaint has been filed against Dubbak Telangana Rashtriya Samiti MLA S Rama Linga Reddy with the National Commission for Scheduled Castes for reneging on his promise.
The complaint was filed by Congress leader Bakka Judson.
Yellaiah, one of the Dalits in the settlement, said, “In December, the MLA visited our homes and promised us 2BHK houses. He asked us to demolish the present structures so that they can take up the construction activity immediately. However, he never returned to the village … Now, we are forced to live in these makeshift houses, which don’t guard us from scorpions and snakes.”
“The MLA came once again after our houses were demolished. He performed the bhoomi pooja, took photos and never came back to visit us. No progress was made after that when it came to building the houses,” he alleged.
Another, victim, Nagaraju lamented, “The officials are showing no interest in providing shelter to us. It has been more than three months since we moved into these temporary sheds, struggling everyday against the elements of the weather. All we want is the respective authorities to take prompt action and provide us with shelter.”
Speaking to TNM, Judson said, “It is utter apathy on the path of the MLA and the Collector. Due to their lax attitude two people have died.”
“The MLA and others responsible for this should be booked under the SC/ST (Prevention of Atrocities) Act,” he noted.
Dismissing the allegations and dubbing the charges levelled against him as ‘politically motivated’, Rama Linga said, “It is true we promised to build 2BHKs for the Dalits. There is a delay only because the space where they were living in earlier cannot accommodate 50 2BHKs. So, we acquired another piece of land nearby to ensure all the houses are built.”
He added, “The layout we envisioned for 2BHKs mandates a few things like a 30-feet road, a community centre, etc. So we need enough land to ensure all this is accommodated. This is nothing but a political campaign against me by the Congress and Bharatiya Janata Party.”

Vaccine availability to remain a challenge till July, says KTR

Patients from other states can’t be stopped at border: Telangana HC