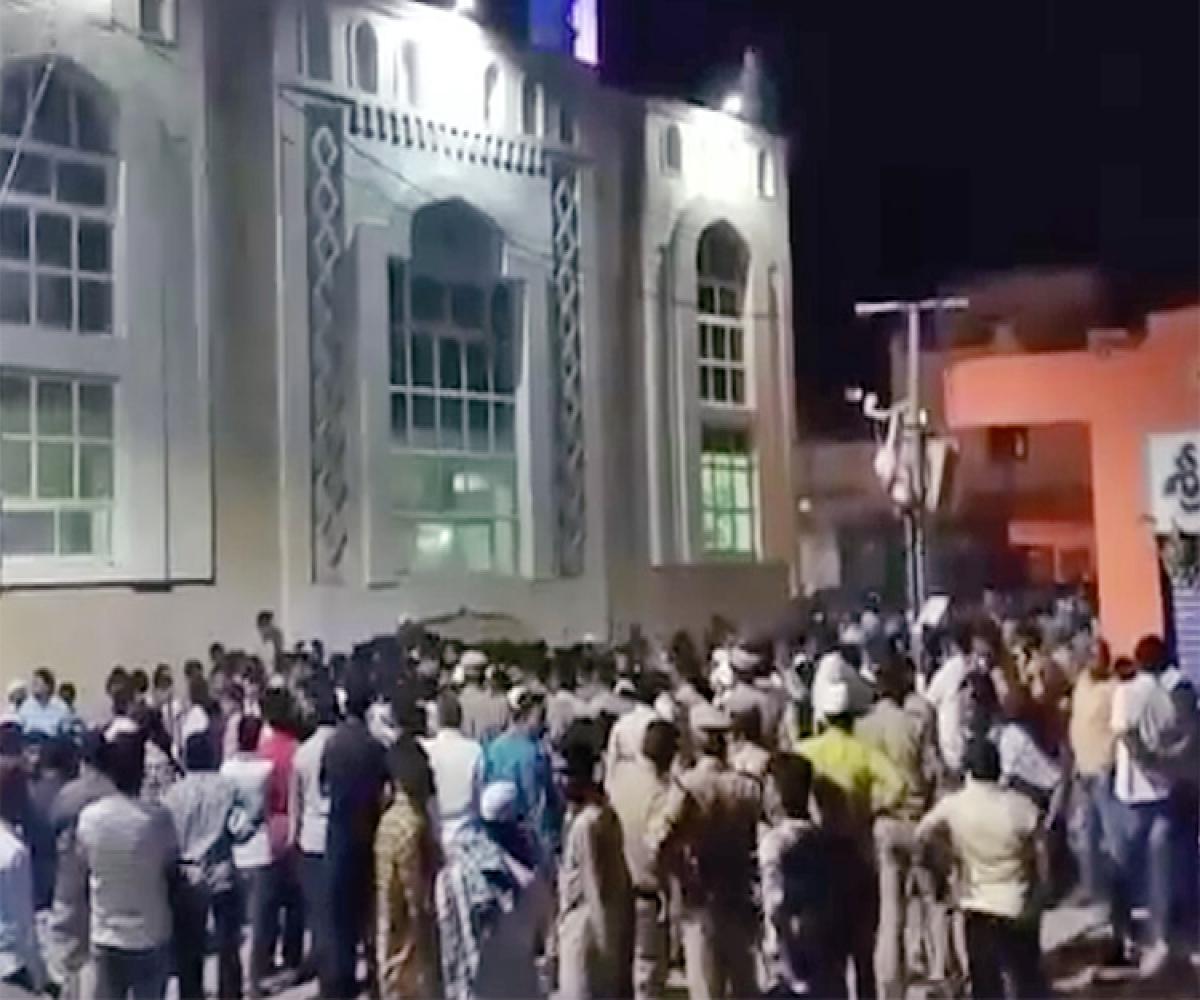 Screengrab
Tension prevailed in northern Telangana’s Nirmal district after miscreants pelted stones at a mosque on Sunday night. In retaliation, members of the community pelted stones at the procession.
According to sources, a pro-Hindutva outfit took out a procession on Ram Navami. The procession, which started at Devarakota temple, almost reached its end point in Gulzar Mosque market without incident, when suddenly a group of people began pelting stones at the mosque.
“It was unfortunate that this happened. Miscreants, who were a part of the procession, pelted stones at the mosque,” District Superintendent of Police Vishnu S Warrier told TNM.
Some glass panes in the mosque got damaged and a saffron flag was reportedly thrown inside.
Things took a turn for the worse, when community members gathered outside the mosque as word spread and staged a protest, demanding justice.
The situation escalated when the protestors began pelting stones at those who had taken part in the procession.
“The protest lasted about 40 minutes. However, because things turned violent, we had to lathicharge the protestors to disperse them,” said Vishnu.
In the entire episode, five personnel were injured. He added that the situation is now under control and that security has been beefed up to prevent more violence.
According to authorities, adequate police forces have been deployed to keep an eye on the situation. Karimnagar Range Deputy Inspector General Promod Kumar visited the town and took stock of the situation.
CCTV footage has been gathered from the area to identify the miscreants. Two cases have been filed in connection with the incident.
However, no one has been arrested so far.
Show More
Share
Facebook Twitter LinkedIn Pinterest Reddit WhatsApp Telegram Share via Email Print

The world is looking at Hyderabad for COVID-19 vaccine: Governor