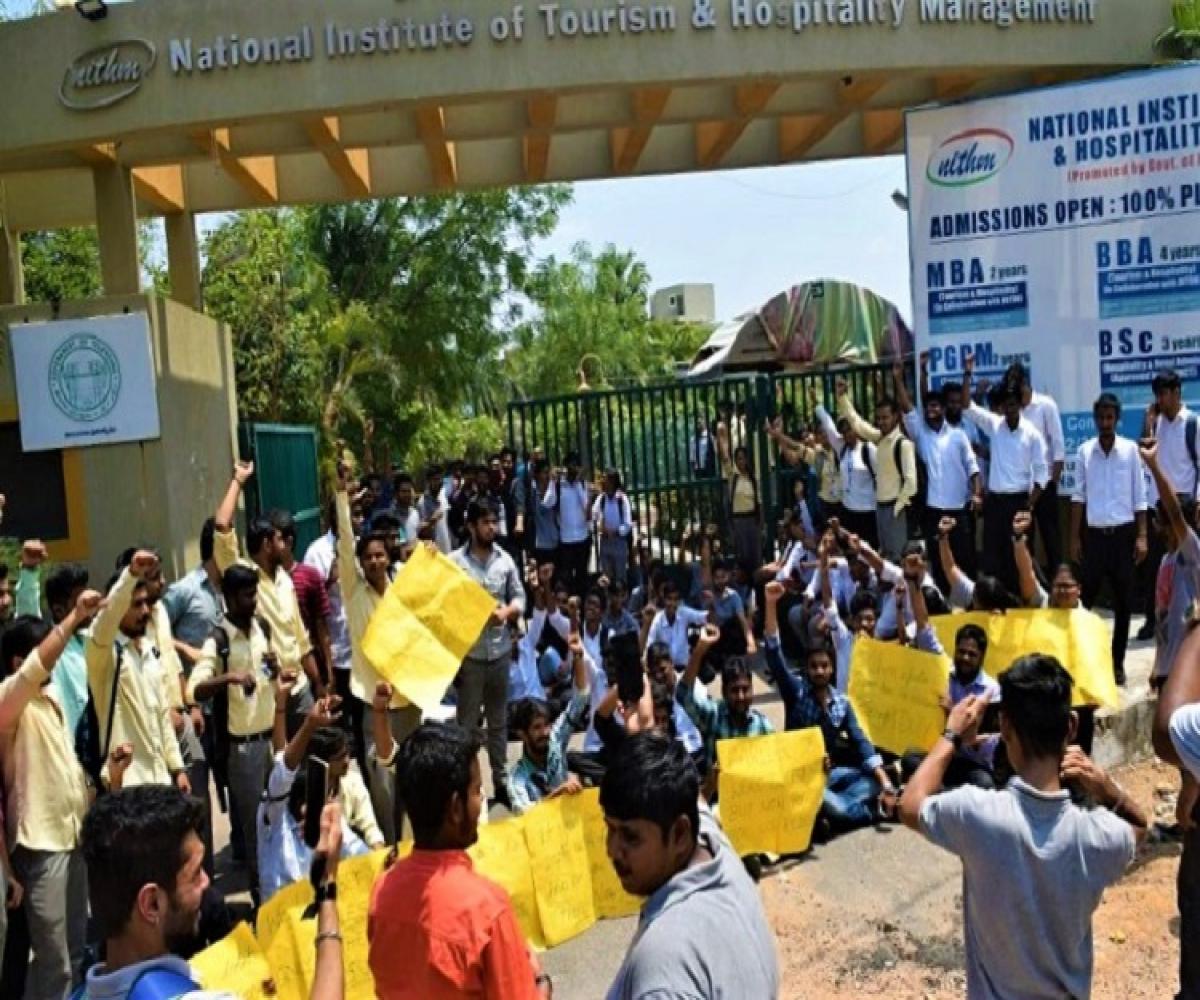 Several students from Dr YSR National Institute of Tourism and Hospitality Management’s (NITHM) Gachibowli campus in Hyderabad protested at the premises, stating that they were being ‘threatened’ by the director of the institute.
Students alleged that the Director of the institute, Chinnam Reddy, was ‘bending rules according to his will’, which was putting the students under great stress.
NITHM is affiliated to the Jawaharlal Nehru Technological University (JNTU), Hyderabad.
“The JNTU exam pattern is not being followed. The academic calendar issued by JNTU and NITHM is not being followed. The internal examination pattern has been changed thrice as per the director’s choice and was announced only a week before the actual examination,” students said in a collective message to the media.

“The students are also threatened of being subjected to police cases if we continue. The students are still willing to protest and boycott further classes at the college campus. Students strongly believe that their funds and fees are being misused and want to file an RTI. Despite this, he hasn’t even bothered to address the issue and states that his position can’t be taken away from him (sic),” the students said.
Speaking to TNM, a student on the condition of anonymity said, “We have been protesting for three days now and have even sent mails to JNTU. We are yet to receive a response.”

Meanwhile, the students are set to meet officials of the state’s Tourism Department, including Tourism Secretary B Venkatesham who is also the Chairman of the institute, on Friday to try and break the deadlock.
“Our main demand is that the Director must be sacked, as he is running things as per his will and without fear,” the student told TNM.
TNM has reached out to the management of the institute for a statement and this story will be updated as and when they respond.

Only demolitions, no construction under Jagan’s rule: Naidu

A vote for good governance, says YSRCP on Atmakur win

Largest technology startup incubator all set for opening in Hyderabad