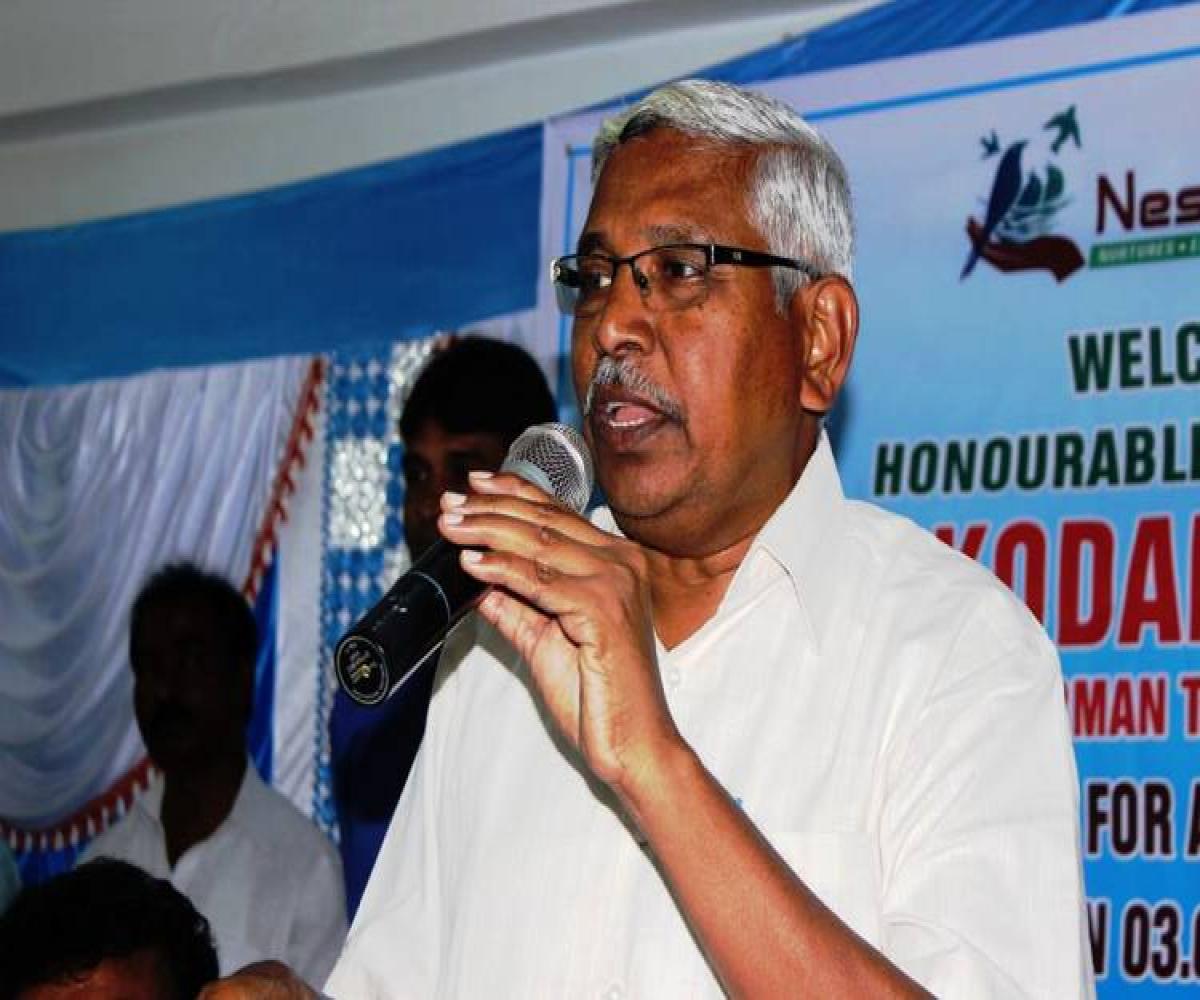 Putting speculations to rest, TJAC chairman Prof Kodandram Reddy announced the launch of his political party to take on the might of Telangana Rashtra Samithi (TRS) and his erstwhile ally K Chandrasekhar Rao.
The announcement was made at the Telangana Joint Action Committee (TJAC’s) general body meeting held at Turkayamjal in Ranga Reddy district.
Speaking at the event, he said, “We need to form a political party to fulfil dreams of Telangana people while allowing TJAC to retain its apolitical face. The decision was taken after a pressing demand from TJAC leaders who attended the general body meeting on Sunday,” The Times of India reported.
He said that the launch of the party had become inevitable, to fight the issues grappling the state like farmers’ suicide, unemployment, non-remunerative prices for agricultural products and to provide justice for those who fought for the state.
“How long the TJAC will carry on struggles on behalf of people without any result? Therefore, it was decided to launch a party to implement the people’s agenda,” reported The Hindu.
He said that though over 3,400 farmers have committed suicide, the TRS government recognised only 786. “As much as Rs 6 lakh ex gratia has to be paid to family members of farmers who committed suicide, but the state has washed its hands of after compensating only 500-odd families,” he said.
Kodandram had clarified that the TJAC will remain a non-political entity and continue to highlight the government’s failures.
Kodandram announced that the name and plan of action of the party would be decided in consultation with persons concerned.
The TJAC chairman said that padayatras and bike rallies will be conducted to strengthen the party at the grassroots level and to highlight the failures of TRS government.
He also announced a massive public meeting in Hyderabad after the padayatra.
Before the announcement, the TJAC discussed the reports submitted by it over the plight of farmers in the state.